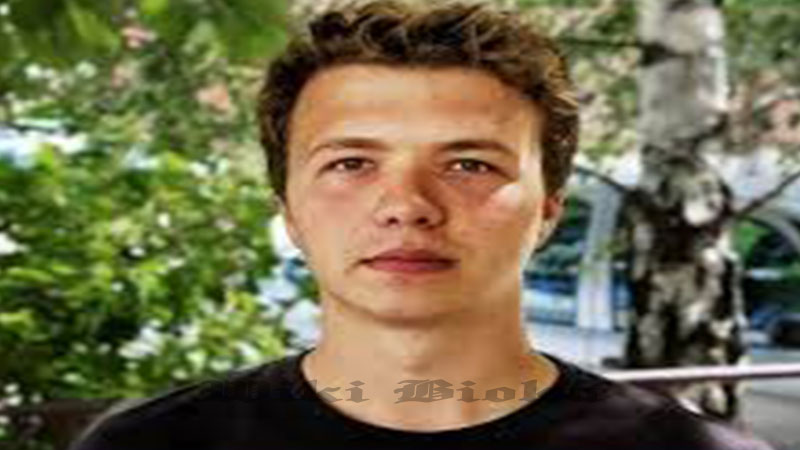 Roman Protasevich is a well-known activist, jail is nothing new for Protasevich. We found a Russian report that said he was detained on multiple occasions in the past since he began political activism. In 2020, his friend Vladimir Chudentsov was arrested on charges of drug smuggling and sexual assault. He told the Russian publication, “I was the first person who learned about his detention. I was the first person who fanned the information wave… I also actively spoke on social networks, I actively informed the public about the progress of this case. Of course, my person could not be ignored by law enforcement agencies.”

Reportedly, security services began shadowing Protasevich, and he claims his phone was tapped. He became a person of interest to Lukashenko after co-running a major anti-Lukashenko group on Russian social network VK. He was detained in 2012 in connection with that group, but released shortly after. Between 2012 and 2019, he worked as a journalist with multiple outlets, before moving to Poland. In 2020, he also began running the NEXTA project.

The Telegram channel is a popular resource in Belarus for information, especially in light of increasingly controlled media by Lukashenko. The channel gained widespread attention ahead of the 2020 presidential elections, which Lukashenko allegedly rigged. That led to widespread protests, which Protasevich said he feels responsible for. He told BBC in 2020, “To some extent, I feel responsible for what is happening. I feel uncomfortable when I see footage of people with holes in their bodies, with partially torn-off limbs. Do I feel responsible for what we publish? Only in terms of whether it will bring people closer to victory and the end of the dictatorship.”

Due to his activities, Protasevich faces four criminal cases, with a total term of imprisonment of up to 25 years. “How many things are real, we have no idea,” he said. Nonetheless, the fear of jail led him to seek asylum in Poland. On January 22, he submitted his documents to the Polish government. Before he could gain asylum though, he was arrested by Belarusian authorities, in a move that has been widely slammed on social media.

Accused of State Terrorism For Diverting Flight to Arrest Journalist

Flight from Greece to Lithuania was diverted to Belarus due to a ‘bomb threat’, leading to the public arrest of Protasevich, who has been called an ‘extremist’ by the government.

Belarusian activist Roman Protasevich was arrested in a dramatic manner in the capital city of Minsk on May 23. Protasevich, a vocal activist against Belarusian President Alexander Lukashenko, was arrested after his flight from Greece to Lithuania was diverted to Minsk, reportedly on the orders of Lukashenko himself.

According to reports, the president ordered a MiG-29 fighter jet to accompany the Ryanair commercial jet to Minsk while it was en route to Vilnius. After landing at Minsk airport, Protasevich was arrested by local police and taken to jail. After helping organize mass protests against Lukashenko in 2020, he was declared an “extremist” by the state.

According to the president’s office, the MiG was ordered due to a “bomb threat” when the flight was over Belarusian airspace. Officials did search the flight after it landed, but found no explosives on board. After seven hours, the commercial jet was allowed to take off and reach Vilnius, with all passengers on board except Protasevich. Why was he arrested? Here’s everything we know.

The arrest of Protasevich has led to massive criticism of the Lukashenko government. European Commission President Ursula von der Leyen tweeted, “The outrageous and illegal behavior of the regime in Belarus will have consequences. Those responsible for the #Ryanair hijacking must be sanctioned. Journalist Roman Protasevich must be released immediately. EUCO will discuss tomorrow action to take.”

Polish Prime Minister Mateusz Morawiecki tweeted, “I condemn in the strongest terms the detention of Roman Protasevich by Belarussian authorities after a Ryanair passenger aircraft was hijacked. This is a reprehensible act of state terrorism.” UK’s Foreign Minister Dominic Raab tweeted, “The UK is alarmed by reports of the arrest of @nexta_tv
journalist Roman Protasevich & circumstances that led to his flight being forced to land in Minsk. We are coordinating with our allies. This outlandish action by Lukashenko will have serious implications.”

The outrageous and illegal behaviour of the regime in Belarus will have consequences.

Those responsible for the #Ryanair hijacking must be sanctioned.

Jens Stoltenberg, the NATO Secretary-General said, “Closely monitoring forcible landing in #Belarus of flight to Vilnius & reported detention of opposition figure Roman Protasevich. This is a serious & dangerous incident that requires international investigation. Belarus must ensure the safe return of crew & all passengers.”

US Secretary of State Anthony Blinken issued a statement and called the incident a “forced landing on false pretenses”. According to one user on Twitter, a total of six people did not board the plane as it continued its journey to Vilnius. Two were reportedly Protasevich and his girlfriend, while another four were “mysterious Russians who decided to end their trip on Minsk”. We could not verify this claim.

I condemn in the strongest terms the detention of Roman Protasevich by Belarussian authorities, after a Ryanair passenger aircraft was hijacked. This is a reprehensible act of state terrorism.

Protasevich’s arrest is likely to have massive implications for Lukashenko. The EU, NATO, and the US have already threatened to retaliate against Lukashenko, who is widely called ‘Europe’s last dictator. He reportedly rigged the 2020 elections to win a record sixth term, leading to widespread protests and arrests. At the heart of those protests was Protasevich, who has built a robust anti-Lukashenko system through NEXTA.