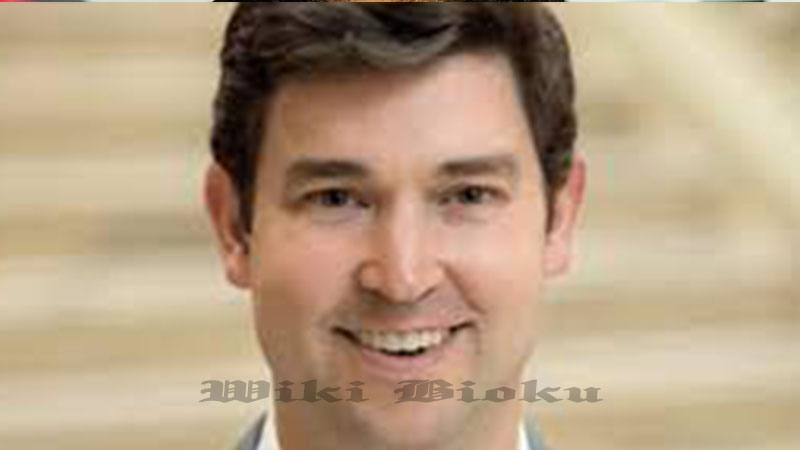 Ryan Germany is an attorney who serves as general counsel to Georgia Secretary of State Brad Raffensberger and who was on a call with President Donald Trump about the 2020 presidential election that was leaked to The Washington Post. In the call, Trump questions Germany about debunked election fraud conspiracy theories and tells Germany and Raffensberger they could be in criminal jeopardy if they do not reverse the election results to make Trump the winner.

Germany, who lives in Atlanta and is a Georgia native, has his private pilot’s certification, according to FAA records. Germany has had his pilot’s license since 2005 and is certified for single engine, multi engine and instrument.

Audio of the call was published by The Post on Sunday, January 3, three days before Congress is set to vote to certify the presidential election results, and a day after the call occurred. Trump was calling from the Oval Office at The White House and was joined by his chief of staff, Mark Meadows, and conservative attorney Cleta Mitchell, along with other allies, according to The Post. The newspaper posted the full audio here.

Good morning, #GaPol and Georgia voters! It’s time for another @GaSecofState State Election Board meeting! Reviewing the new regulations that may or may not apply to elections that start on Monday. In 3 days. pic.twitter.com/bHilI9dYPq

After law school, Germany worked as an associate at the law firm of Lightfoot, Franklin & White in Birmingham, Alabama, according to his LinkedIn profile. He wrote on LinkedIn, “I represented businesses in the financial services, technology, real estate, natural resources, and aviation/aerospace industries in all aspects of commercial litigation, including contract disputes, tortious interference claims, consumer claims, and product liability claims.”

Germany has made one political contribution in a federal election in his life. He contributed $500 to the Huckabee for President campaign in 2007 while he was studying at Washington and Lee, according to FEC records.

Germany, 38, has worked for the Georgia Secretary of State’s Office since January 2014 and is a former associate at an Alabama law firm. Trump said about Germany during the call, “I’m sure you’re a good lawyer and you have a nice last name.”

During the call with Trump, Germany shot down Trump’s questions about various election fraud conspiracies he and his supporters have shared since President-Elect Joe Biden was named the winner of the Georgia presidential election, the audio from The Post reveals. Trump said during the hourlong call, “There’s no way I lost Georgia. There’s no way. We won by hundreds of thousands of votes.” Raffensberger’s office and The White House have not commented on the call.

According to his LinkedIn profile, Germany is an experienced business, regulatory, and litigation attorney. Streamlining government regulation and helping people have more efficient and effective interactions with state government.” He has worked as the general counsel and assistant commissioner of securities and charities in the Georgia Secretary of State’s Office since January 2014. Germany explains his job as:

I oversee all legal functions for the Secretary of State’s office, including litigation, compliance, and regulatory actions. I work closely with with each division of the office to negotiate and draft contracts, implement new policies and procedures, and guide operations in light of relevant laws and rules. I also manage all litigation, including election, employment, and data privacy matters.

As Assistant Commissioner of Securities & Charities, I oversee the division that administers Georgia’s securities and charities laws. We investigate allegations of securities and charities fraud, bring appropriate enforcement actions, and work with businesses in both industries to ensure that regulatory requirements are clear and narrowly tailored. We also seek to make it easier for small businesses to raise capital though the expansion of the Invest Georgia Exemption and educating small businesses on their capital raising options.

Germany began his career working under now-Governor Brian Kemp, and has been part of two Republican administrations in the secretary of state’s office. Germany has played a key role in election litigation and legislation in recent years. He defended the secretary of state’s office against accusations by Democrats during the mid-term elections in 2018, and has now taken a lead role against Republican accusations after the 2020 election.

Here are the recommendations of SAFE Commission as presented by Ryan Germany of SOS office. Being workshopped now. @IndivisibleGA04 @159GAtogether @JohnnyIK pic.twitter.com/sRA0wEAP8t

In 2019, Germany made recommendations for election reform in Georgia during a presentation to the Secure Accessible Fair Elections commission.

During the call, Trump said Raffensberger and his staff, including Germany, could face criminal liability if they do not overturn the election results in his favor, accusing them of allowing inaccurate results to be certified. “That’s a criminal offense,” Trump said, according to The Post. “And you can’t let that happen. That’s a big risk to you and to Ryan, your lawyer.”

Trump asked Germany, “Do you think it’s possible that they shredded ballots in Fulton County? ’Cause that’s what the rumor is. And also that Dominion took out machines. That Dominion is really moving fast to get rid of their, uh, machinery. Do you know anything about that? Because that’s illegal.” Germany replied, “No, Dominion has not moved any machinery out of Fulton County.”

Trump then followed up with, “But have they moved the inner parts of the machines and replaced them with other parts?” Germany replied succinctly, “No.” Trump then asked, “Are you sure? Ryan?” Germany replied, “I’m sure. I’m sure Mr. President.”

According to The Post, Trump was able to get Germany to agree to sit down with one of his attorneys to go over his election fraud accusations.

Germany has testified in front of multiple government bodies in Georgia about the election results. On December 3, Germany told the Senate Study Committee on Government Oversight, “Georgia has some of the strongest laws in the country to ensure secure elections.”

During a December 23 hearing held on Zoom, Germany addressed the numbers of illegal votes the Trump campaign has claimed were cast during the presidential election in Georgia. “We are seeing from our initial investigation there is nowhere close to what the Trump campaign is saying and it’s going to be nowhere close to anything that would put the result in question,” Germany said.

During that same hearing, Germany also addressed accusations about Coffee County, Georgia, and whether voting machines recorded votes properly. “We have had a lot of litigation over the machines since they have been adopted, we’re now seeing different detractors, but they’re making the same claims about the machines that have been made,” Germany said. “Our position has always been, lets set up a fair inspection where both parties are present, where its videotaped, where the rules of engagement are agreed upon. What we disagree with is any kind of unilateral access from people who really seem to have a certain result they want to reach.”