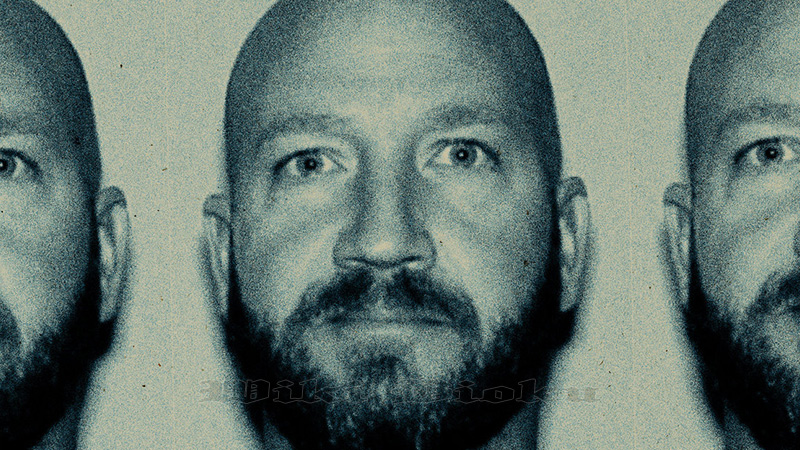 Ryan Whitaker of Arizona was shot and killed by Phoenix police after a neighbor called in a noise complaint. Bodycam footage showed that he appeared to be kneeling to put down his gun just before he was shot multiple times. Now his family is looking for answers.

Ryan Whitaker has died at the age of 40 years.

During a press conference, Whitaker’s brother Steven Whitaker said about the bodycam footage: “Look at my brother’s face… He immediately takes a defensive position — very submissive — and wanting to give up and put his weapon down… He’s not a threat. Not a threat at all… If he’s a threat to you as a police officer, you need to turn in your weapon and your badge and walk away [because] you are not fit to be a cop in this state — at all.”

Whitaker’s sister, Katie Baeza, said in the press conference: “In a fraction of a second, Jeff Cooke was a judge, jury, and executioner of my brother.”

Baeza has been posting about what happened to her brother on Facebook since the shooting. She recently shared that a new page called Justice for Ryan Whitaker has been put together by family.

Baeza said on Facebook that they have spoken with six neighbors and none of them had anything negative to say about Whitaker. She wrote: “We’ve talked to 6 neighbors at this point. ALL that have reached out to us, some that took it upon themselves to contact media. NONE of them had one bad thing to say about my brother.”

The family has said that Whitaker was a father and a soon-to-be grandfather.

A GoFundMe has been set up for Whitaker’s family here.

Whitaker, 40, of Ahwatukee, Arizona was shot and killed on May 21, AZ Central reported. He was holding his 9mm handgun in his right hand when he answered the late-night knock on his door because he had heard a similar late-night knock earlier that week.

you want to start the video right when the bodycam footage begins, go to 4:20 in the video. This footage was released on July 15.

Officer Jeff Cooke shot him in the back at least twice within seconds of Whitaker opening the door, AZ Central reported. Officer John Ferragamo was with him but did not shoot. The officers were standing on either side of the door and couldn’t be seen through a peephole although they did announce themselves when they knocked, AZ Central reported.

AZ Central released a longer video of the bodycam footage, which you can watch below. It includes the conversation with Whitaker’s girlfriend, Brandee Nees, after the shooting, AZ Central reported.

Whitaker’s brother Steven said his brother couldn’t hear the officers announce who they were because of the loud music, AZ Family reported.

The video does not show the officers rendering aid after Whitaker was shot. You can see one officer with his gun on Whitaker as he lies on the ground, while the other officer talks to Whitaker’s friend, telling her that she can’t go to Whitaker and see if he is OK.

Whitaker had his gun in his hand when he opened the door and a bright light was immediately shined in his eyes, AZ Central reported.

One officer yelled “hands!” and the video bodycam videos show Whitaker getting on his knees, going down to the ground, right before he was shot.

Family lawyer Matthew Cunningham told AZ Central that Whitaker could be seen starting to put his gun down right before he was shot. When Nees asked why he was shot, Cooke said: “He pulled a gun on us, ma’am.”

Whitaker’s family said in a news conference that they want the officers fired and Cooke charged with murder, Fox 10 reported. The family has said that they want the dispatch officer fired too, along with charges filed against the person who called 911.

A petition on Change.org has more than 9,400 signatures as of the time of publication and seeks to have booth Cooke and Ferragamo arrested and charged with murder.

On May 21, 2020, Ryan Whitaker was shot in the back and murdered by Phoenix Police. A neighbor of Ryan’s escalated his 911 call to the police that night claiming domestic violence. Police officers Jeff Cooke and John Ferragamo responded to the call, and Ryan came to the door with a gun, not knowing who was on the other side of his door. As the body camera footage shows, as soon as he realizes it is police at his door he leans down to put his gun down with his left arm up in compliance.  As Ryan was kneeling down, officer Jeff Cooke (badge #10282) fired 3 shots towards Ryan, hitting him in the back with 2 bullets. Ryan was innocent, and not the suspect the police have made him out to be. He deserves JUSTICE! Please help our family put the monsters involved in jail.

AZ Family reported that during a press conference, Whitaker’s brother Steven said: “My brother had no idea police were on the other side of that door – none whatsoever. He was pro-law enforcement – 100%.”

In a public Facebook post, Bran Nees shared what happened that night and how much she would miss Whitaker. She wrote, in part:

He always had open arms and willing to help, not only me but anyone. There was a couple that lived a few doors down from us that Ryan heard arguing and screaming as he was walking past their door one night prior to me living there and Ryan told me that he went down and knocked on their door to make sure everything was ok and told the girl that if she EVER needed him he lived right down the hall and made sure to tell her no matter what time of night it was to please know he was there to help. I wish that girl who lives there or used to live there would speak up. Ryan was not the guy the police and media are making him out to be. The one who had the audacity to call the cops more than once claiming he heard screaming and what sounded like a man beating the s*** out of the woman should not have drawn things out to what he/she made them sound like. Absolutely ridiculous. Or the police need to speak up about what actually happened at our front door and show a body cam to prove what actually happened. After speaking with the detective a lady came in and took photos of me. I was in shorts and a crop top and not one single mark were on me. For that to even be a question just blows my mind and I will never understand.

I’m going to miss his random text messages “Hey guess what?” ….” I love you” I’m going to miss our spontaneous fishing day trips to the lake. We once went to Lake Pleasant and saw two donkeys posing perfectly up on a hill. I didn’t believe they were real! While we were fishing we heard donkeys and he persuaded me that they make donkey sounds go off every ten minutes as a tourist attraction. From that point on we called it the Donkey Lake! He shared that story with everyone we came in crossing with.

A bodycam video revealed that police were responding to a noise complaint from an upstairs neighbor, AZ Central reported. The caller said people were screaming and then, in a second call, said it had escalated into a fight. Police said after the shooting that they were responding to an emergency domestic violence call.

Cunningham told AZ Central that police knew the call was exaggerated because the caller told 911: “It could be physical. I could say yeah if that makes anybody hurry on up. Get anybody here faster.”

Before they knocked on the door, Ferragamo made a statement about the “helpful” information that the caller had given, acknowledging that the caller simply said “yes” to everything in order to get the police to arrive faster, AZ Central reported. There were no sounds of fighting on the other side of the door when they arrived.

In the unedited bodycam video, Nees said she and Whitaker were making salsa and playing Crash Bandicoot on Playstation, yelling because of the game.

More about this author
Author 736 Posts