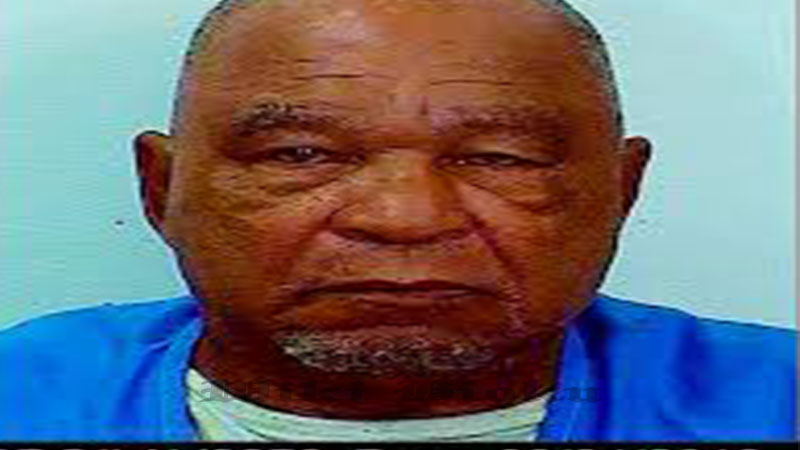 Samuel Little was an American serial killer and serial rapist, has died. He was convicted in 2012 of the murders of three women in California between 1987 and 1989, and in 2018 of the murder of one woman in Texas in 1994. He claimed to have killed as many as ninety-three women, and investigators have linked him to over sixty murders. The Federal Bureau of Investigation (FBI) has confirmed Little’s involvement in at least fifty murders, the largest number of proven cases for any serial killer in United States history. He allegedly murdered women across nineteen states over a third of a century ending around 2005.

Samuel Little has died at the age of 80-years-old.

Samuel Little was born on June 7, 1940, in Reynolds, Georgia, to a mother he claimed was a prostitute. Soon after his birth, Little’s family moved to Lorain, Ohio, where he was brought up mainly by his grandmother. He attended Hawthorne Junior High School, where he had problems with discipline and achievement. In 1956, after being convicted of breaking and entering into property in Omaha, Nebraska, Little was held in an institution for juvenile offenders.

Little moved to Florida to live with his mother in his late 20s, working at various times as a cemetery worker and an ambulance attendant (by his own account). He said he then “began traveling more widely and had more run-ins with the law”, being arrested in eight states for crimes that included driving under the influence, fraud, shoplifting, solicitation, armed robbery, aggravated assault, and rape. Little claimed that he took up boxing during his stints in prison, referring to himself as a former prizefighter.

Little had a long-term girlfriend, Jean, since deceased, who supported them both through shoplifting for years.

In 1961, Little was sentenced to three years in prison for breaking into a furniture store in Lorain; he was released in 1964. By 1975, he had been arrested 26 times in 11 states for crimes including theft, assault, attempted rape, fraud, and attacks on government officials.

In 1982, Little was arrested in Pascagoula, Mississippi, and charged with the murder of 22-year-old Melinda Rose LáPree, who had gone missing in September of that year. A grand jury declined to indict him for her murder. However, while under investigation, Little was transferred to Florida to be brought to trial for the murder of 26-year-old Patricia Ann Mount, whose body was found in September 1982. Prosecution witnesses identified Little in court as a person who spent time with Mount on the night before her disappearance. Due to mistrust of witness testimonies, Little was acquitted in January 1984.

Little moved to California, where he stayed in the vicinity of San Diego. In October 1984, he was arrested for kidnapping, beating, and strangling 22-year-old Laurie Barros, who survived. One month later, he was found by police in the backseat of his car with an unconscious woman, also beaten and strangled, in the same location as the attempted murder of Barros. Little served two and a half years in prison for both crimes. Upon his release in February 1987, he immediately moved to Los Angeles and committed more than 10 additional murders.

Little was arrested on September 5, 2012, at a homeless shelter in Louisville, Kentucky, and extradited to California to face a narcotics charge, after which authorities used DNA testing to establish that he was involved in the murders of Carol Ilene Elford, killed on July 13, 1987; Guadalupe Duarte Apodaca, killed on September 3, 1987; and Audrey Nelson Everett, killed on August 14, 1989. All three women were killed and later found on the streets of Los Angeles. He was extradited to Los Angeles, where he was charged on January 7, 2013. A few months later, the police said that Little was being investigated for involvement in three dozen murders committed in the 1980s, which until then had been undisclosed. In connection with the new circumstances in Mississippi, the LaPree murder case was reopened. In total, Little was tested for involvement in 93 murders of women committed in many US states.

Little died from an unspecified health condition on December 30, 2020, in a Los Angeles County area hospital.

Samuel Little, a man described by the FBI as the most prolific serial killer in US history, has died aged 80.

Little died in a California hospital on Wednesday, the state Department of Corrections and Rehabilitation said.

He was serving a life sentence for the murder of three women. But by the time of his death, he had confessed to killing 93 women between 1970 and 2005.

Little targeted vulnerable individuals, many of whom were sex workers or drug users, officials say.