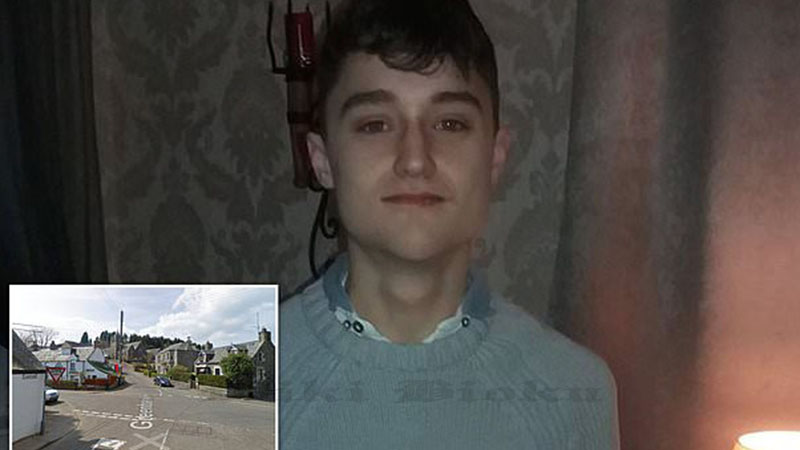 Santino Hogan, known as “Sonny was missing friday and his last seen around 6pm on Friday when he left his home in Glenfarg in Perth and Kinross, and a body believed to be his was found in a park close to his home. He failed to return home, which Police Scotland said was “completely out of character”.

Santino Hogan has died at the age of 16-years-old.

His family have been made aware.”

Earlier, police dogs joined the hunt and officers had asked people to check their sheds and garages for the youngster, the Daily Record reported.

Before the discovery of the body, PC Mike Brown said: “We are continuing to carry out enquiries to find Sonny and are asking members of the public to check any outbuildings they may have, in case he has tried to find shelter overnight.

“Specialist search officers, with the assistance of our trained police dogs are also carrying out searches in the area.

“We would ask members of the public who are out in the area walking their own dogs to please keep them on a lead so as not to distract from the search.

“It is completely out of character for Sonny to not return home and therefore as more time passes, his family are growing increasingly concerned.”

A body has been found in a park during searches for a missing teenager who disappeared two days ago.

On Sunday afternoon at around 2pm, a body was found in a park in the village, not far from the 16-year-old’s home.

Formal identification is yet to take place, but it is believed to be the teenager, and his family has been informed, a spokesperson for Police Scotland said.

The discovery came a day after his sister, Beth Bryson, wrote on Facebook: “Come home Sonny Hoggan. We are all so worried about you. Just let us know your OK.”

She wrote in a separate appeal on Saturday: “If anyone sees my brother Sonny please contact me or the police. He was last seen in Glenfarg at about 6 o’clock last night and he hasn’t went home. Worried sick! Please share.”

The death is not being treated as suspicious, and a report will be submitted to the procurator fiscal.

A spokesperson for Tayside Police Division said: “Around 2pm on Sunday 17 January the body of a male was found in a park in Glenfarg.

“The death is not being treated as suspicious and a report will be submitted to the Procurator Fiscal.

“Formal identification is yet to take place however it is believed to be 16-year-old Santino Hogan who had been reported missing from his home in Glenfarg.