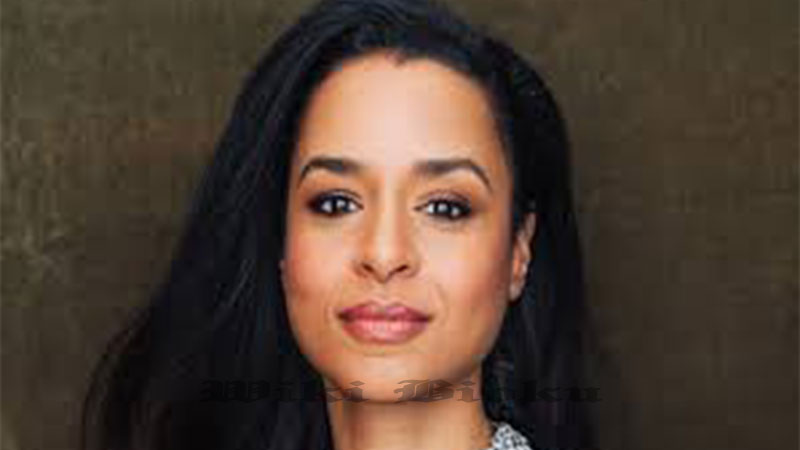 Sarah Cooper is a writer and comedian whose short videos of herself lip-synching to the words of President Donald Trump consistently go viral. But it’s more than lip-synching. The stripped-down, meticulous attention to Trump’s verbal nuances and his off-the-cuff statements, while he speaks at press conferences or in interviews, are re-packaged by Cooper, and it’s hitting a nerve with millions of people.

Cooper was born in Jamaica and lives in New York with her husband. She has worked for both Google and Yahoo, according to the bio on her website. But those jobs that may have been a great career path for some were less than a dream come true for Cooper, who wanted to be a performer. She studied economics in undergrad and digital design in graduate school at Georgia Tech, according to Hollywood Reporter.

She told Hollywood Reporter, “I couldn’t afford to pay to perform and also pay rent in New York. I very sadly had to accept a job at Google. For a lot of people, that [would’ve] been a huge accomplishment. It was bittersweet.”

Still, Cooper persevered, doing stand-up at comedy clubs and publishing two books inspired by her corporate job experience. The first started after she posted an essay on Medium called 10 Tricks to Appear Smart During Meetings, which was so popular she followed it up with a book titled 100 Tricks to Appear Smart During Meetings: How to Get By Without Even Trying, published in 2016.

The second of her tongue-in-cheek books is called How to Be Successful without Hurting Men’s Feelings: Non-threatening Leadership Strategies for Women was published in 2018.

With Cooper’s newfound popularity, she has found herself on the Tonight Show and on The Ellen Show and has been covered by multiple media outlets including the NY Times and the L.A. Times.

In June she told Jimmy Fallon on the Tonight Show that the lip-synching videos started after she was trying to figure out how to “stay relevant” during the quarantine. She decided to check out what “the kids are doing on this Tic Tok thing.”

Cooper said her first video was of her doing a dance and it was so bad she immediately deleted it. She said she then started lip-synching, evolving it into using Trump as the voice. She told Fallon:

It’s not gonna be dancing so what’s it gonna be? So then I started doing lip-synching, and then Trump is on television, every day during these daily coronavirus Task Force meetings, and he’s just kind of guessing his way through the presidency as he usually does but it’s just in your face every day, you know, and so I’m like looking at him and getting so frustrated because people are just nodding and pretending like what he’s saying is making sense and pretending like he’s smart and, and it’s just, it’s so frustrating because it’s like it reminded me of being in the corporate world like I’d be in a meeting and like a business guy would come in and he would throw around some buzz word he just learned five minutes ago. And he makes his talk and people would be like oh wow he’s so smart yeah what a key team player, you know all this stuff and I was like, and you’re like, Am I the crazy one? And to be honest, I’ve always wanted to be one of those guys. I just I’ve always wanted to be able to talk my way through things and just BS my way through life so it’s more like jealousy, actually, because like, can I do that? Can I just BS my way through life? So I just grabbed some clips where he was just saying something just nonsensical and just pretended to be like one of those guys in a meeting just like, “Hey, look at me I’m killing it,” even though what I’m saying makes no sense.

Cooper made her first video for Tic Toc in April during the quarantine, and after trying out a few different posts, a video called “How to Medical,” went viral. In the video, she added her comedic twist as she lip-synched Trump’s words verbatim when he spoke about how ultra-violet light could work to combat coronavirus, and “medical doctors” may be able to get it in the body somehow.

That video, posted April 23 has garnered 22 million views. She has followed up with dozens of more videos, mostly titled things like “How to Water, “How to Bunker,” and “How to Cognitive,” all with precise attention to detail in her ability to lip-synch things like stutters, “us” and “uhs” and throwing in a few well placed facial expressions along with playing dual parts in which she pretends to be another character who is present listening to The President and trying to make sense of and agree with what he is saying.

Oh my god Jerry Seinfeld mentioned me in his latest @nytimes interview. Would it be lame if when he picks me up I said I want to go to Starbucks https://t.co/mUXVbkPvnV pic.twitter.com/MDRQ7Mequ2

With the popularity of Cooper’s videos, celebrities have noticed too, including prominent comedians. Jerry Seinfeld dropped Cooper’s name in a NY Times interview saying he used one of her videos to explain what makes something funny to his kids.

Billy Eichner tweeted on Cooper’s Video, “How to hydroxychloroquine,” “Thank you for these. A delight.”

Mark Hamill said, “Words can’t express how much I love this Woman.”

According to The Hollywood Reporter, the popularity of Cooper’s Trump lip-synching videos have tapped the interest of a variety of industries.

“There’s interest in Cooper from studios, streamers, production companies, and publishers across a variety of genres and disciplines from scripted and unscripted to TV, features, podcasts, and books,” Hollywood Reporter wrote.

She is also set to release a new book which will be an autobiographical spin on the well-known, How to Win Friends and Influence People, which is expected to come out in 2021 as an Audible Original.

Cooper Called Herself a ‘Trump Whisperer

In an interview on MSNBC’s The Last Word on May 25, Cooper said she thinks she’s different from other Trump impressionists because she isn’t trying to impersonate him so much as approaching the lip-synching by thinking, “How would Sarah Cooper Say These Words?” she told host Lawrence O’Donnell.

Cooper goes back to her experience and fascination with those corporate meeting guys who she said “just speak for minutes on end without saying anything.”

Trump, by her estimation, is the ultimate corporate meeting guy, who was “able to become the most powerful man in the world on posture alone, just on his ability to speak and speak and speak and speak until you don’t even know what happened,” she told O’Donnell. “And I like the ability to sort of taking off the Emperor’s clothes — to take away the podium and the people behind him nodding in the suit — and I’m so rich — and just have the words there with my facial expressions so people can actually see how he literally has no clue what he’s talking about.”

In a recent interview with Vanity Fair, Cooper said she’s hoping to get into TV, and when she’s not making videos of herself lip-synching things the president says, she’s working on writing a show that aligns with her fascination in men who seem to skate through life with ease, always landing on their feet. The show would focus on a boss “who “f***s up all over the place and still somehow fails up,” she told Vanity Fair.

But she’s not done making her well-loved lip-synching videos just yet. Hollywood Reporter wrote that Cooper said she wants to keep making the videos, which take about four hours each to make, even though she said, “I can’t keep up with the content he creates.”