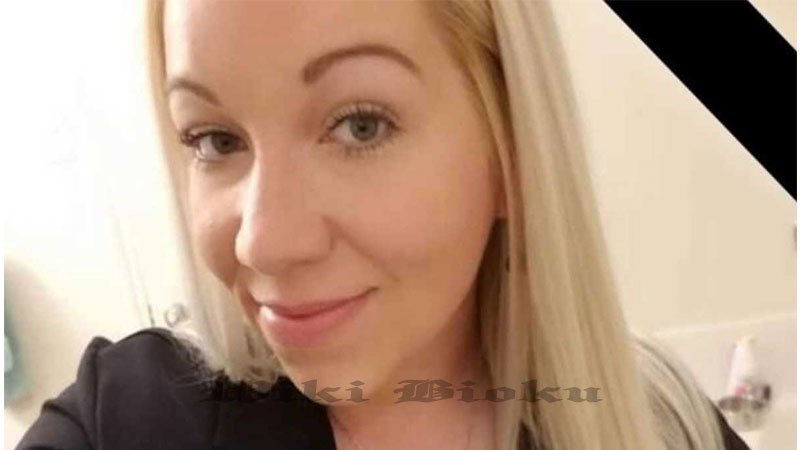 Savannah Paschal was a mother of two who worked at a local funeral home, according to social media posts.

In a press release, the La Marque Police Department said that officers were dispatched to the 400 block of Hawks View Drive in reference to a shooting that occurred on October 21 around 12:13 p.m.

They found Savannah Paschal, 30, with a gunshot wound to her torso area. She was transported by ambulance, but died.
It appeared the victim arrived at a relative’s residence. “Reportedly upon the victim entering the residence, she found her estranged husband unexpectedly inside,” the police release says.

Reports indicate “the suspect then shot the victim inside of the residence and fled the scene in a grey Chevrolet Colorado” that was later recovered in Houston, the release says.

Trent Paschal was described as 48 years of age and was considered armed and dangerous.

A woman gave a very different story. Darinae Ivey wrote on Facebook that Savannah worked at a funeral home and was trying to raise money to help victims of domestic violence.

Savannah’s most recent post, from October, on Facebook, was a fundraiser for a domestic violence shelter. “At work we are partnering with Bay Area Turning Point to collect items for women & children escaping domestic violence. We are a drop off location (7 days a week 8am-5pm) or you can being them to me and I will take them to work. Now until OCT 25th!” she wrote.

“Please honor this victim of DV. She worked at a funeral home and was trying to raise money and donations for fellow surviors of DV. Her estranged husband murdered her and went on the run,” she wrote.

“Officers located him in Houston and when he was approached, he pulled out a weapon and the officer shot him, taking out the problem. But now her children are orphans. All because he couldn’t just let her go.”

She added that the group was hoping to “help keep her memory alive. Let’s honor her.”

Savannah Paschal has died at the age of 30-years-old.

Authorities in Harris County are investigating a deputy-involved shooting involving a man out of La Marque accused in the shooting death of his estranged wife.

Police said they were called out to the 400 block of Hawks View Drive about a shooting. They said Savannah was entering her home when she saw Trent inside. According to reports, Trent shot Savannah and fled the scene.

Deputies were helping La Marque Police apprehend a felony suspect outside the Walmart at West Road and I-45 North when a deputy shot and wounded the suspect. The suspect was taken to the hospital in unknown condition. PIO is en route and updates will be given on scene #hounews pic.twitter.com/sFFCn2EfV5

When officers arrived, they reported finding Savannah with a gunshot wound to her stomach. She was taken to a hospital where she later died due to her injuries.

In a statement, police said Trent fled the scene in a grey Chevrolet Colorado, which was later found in Houston.

The suspect was taken to the hospital in an unknown condition.