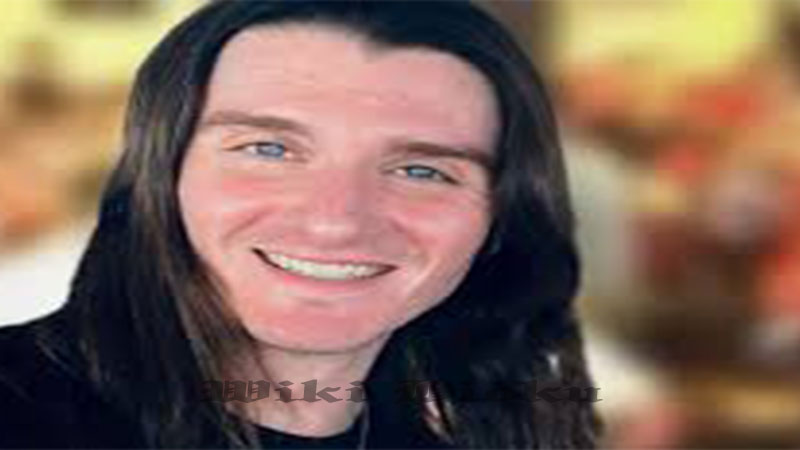 Scott Presler was on the news on Tuesday, February 23, after the Council on American-Islamic Relations, a civil rights organization, called on CPAC organizers to remove Scott Presler from their conference lineup for his alleged anti-Muslim statements and activity. On Saturday, February 27, he was upheld as a hero by many after becoming a proud recipient of the Ronald Reagan Freedom Award, the highest civilian honor bestowed by the private Ronald Reagan Presidential Foundation. The award is given to “those who have made monumental and lasting contributions to the cause of freedom worldwide”.

“I helped defeat Hillary & organized the Baltimore cleanup. Not stopping for a gosh dang second,” reads his Twitter bio. All of 6-feet and 5 inches, Presler first decided to get involved with Republican activism when he became upset while watching Barack Obama get reelected in 2012. He is the son of a retired Navy captain.

“Despite my strong performance in school, I was one of those millennials who could not find a job. So, I started walking dogs for money. After months of picking up dog’s droppings — and I will say there is no shame in an honest day’s labor — I saw my friends posting about their careers on Facebook,” says Presler in the CPAC 2020 website. “Determined not to be a failure, I applied to a temp agency. For the next year, I worked for Alexandria City Public Schools and was eventually hired full-time by ACPS. In 2012, President Obama was re-elected and the rest is history,” the founder of social organization ‘The Persistence’ added.

CAIR had pointed out that Presler had been involved with “ACT for America” from 2017-2018 as an organizer. The Southern Poverty Law Center characterizes the organization as “an anti-Muslim hate group because it pushes wild anti-Muslim conspiracy theories, denigrates American Muslims, and deliberately conflates mainstream and radical Islam.” Here’s all you need to know about Presler.

Presler, who was a 24-year-old dog walker at the time, watched the election night results and blamed himself for not helping register voters, making phone calls, or doing whatever he could to help get a Republican back into the White House. He realized he could do more than simply voting in the elections going forward, and he began with the simple task of creating a Twitter account, which he says changed his life.

Presler doesn’t look like a typical conservative activist with his signature Fabio-like locks but has long been on a mission to help reelect President Donald Trump in 2020 to cleaning up the country along the way. He jokes that the only person he’d cut his hair for is Trump. The 32-year-old’s life took a different turn in the summer of 2019 when Trump famously mocked Baltimore as a “disgusting, rat and rodent-infested mess” that “no human being” would choose to live in.

The situation bothered the Northern Virginia-based Presler, who didn’t understand how a major city in the United States could come to be in such a disheveled state. He took to Twitter to declare that he would travel to Baltimore and help clean things up, even if he was alone picking up trash on a street corner. The tweet went viral and turn out he wasn’t alone after all as people swarmed to help him.

“President Trump inspired me to start cleaning up America,” Presler said in a Fox News report. “I saw how everyone on Twitter was kind of pointing the finger, they were blaming and scapegoating, and everybody was talking about the problem but nobody was coming up with a solution.”

Presler said he didn’t study waste management and sanitation. He graduated from George Mason University with a degree in criminal justice. But his actions started a movement that brought 200 volunteers to clean up 12 tons of trash over 12 hours from the most dangerous street in West Baltimore. Presler spent six days ordering dumpsters, collecting information from potential volunteers, browsing Home Depot for inspiration, and even renting a portable toilet. Presler continued planning and executing more successful cleanup events across American cities, including Austin, Atlanta, Chicago, Houston, Denver, Los Angeles, Pittsburgh, San Francisco, Portland, Philadelphia, and many others.

Presler came out as gay publicly in 2016 after a gunman killed 49 people at a gay nightclub in Orlando. He grew up in Florida and Fairfax County and has lived in Virginia Beach for about a year. His Twitter feed begins with an image of himself wearing a red Trump “Make America Great Again” hat. The Second Amendment is one of the reasons he backed Trump over Clinton in the 2016 US elections.

“I 100 percent believe in the notion that armed gays don’t get bashed,” he said to the Virginian Pilot, “It is our right to feel safe.”

Of his childhood, Presler said it had been a ‘typical’ one, but that he suffered severe bullying. “For years, I hated myself and I believed everything they said about me. Those deep wounds, now scars, made me the resilient person you see today. To those bullies, I want to say, ‘Thank you.’ You taught me compassion and you made me so incredibly strong,” he said on the CPAC 2020 official website.