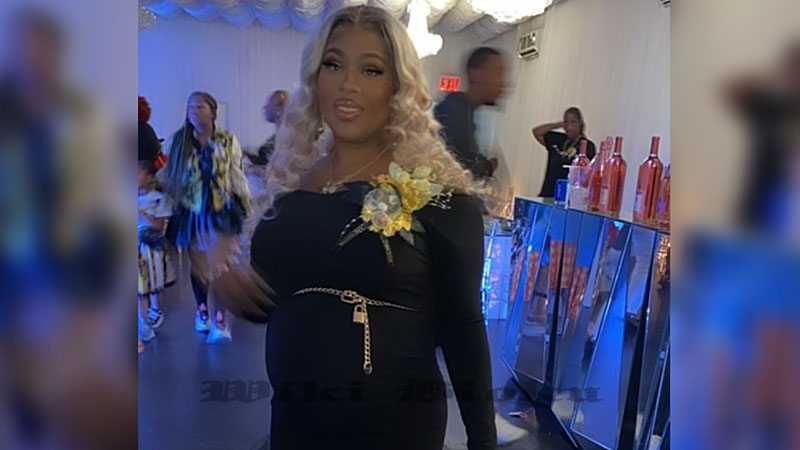 Shanice Young was a 9-month pregnant woman who had just spent the night celebrating at her own baby shower and was shot and killed in front of her home.

Police told CBS2’s Thalía Pérez Sunday night that the victim’s ex-boyfriend is the shooting suspect they are looking for.

Stephanie McGraw, founder and director of the We All Really Matter group, a nonprofit anti-domestic violence organization, said she is a Harlem resident and came to the scene to offer support to the family.

“We came to understand how serious domestic violence is and how dangerous it is,” said McGraw.

It’s unclear if Young was the intended target.

Shanice Young has died at the age of 31-years-old.

A New York man who allegedly shot and killed his pregnant ex-girlfriend on Sunday did so after failing to target the woman’s current boyfriend.

According to WCBS, Shanice Young, who was nine months pregnant, died after being shot in front of her home in Harlem after attending her own baby shower. Neighbors told the news outlet that Young, 31, was unloading gifts in the lobby of the building with her boyfriend when she was fatally shot in the head.

Young’s sister also said that reports of Young’s death while she broke up a fight between her current and former boyfriends are not true. Meanwhile, law enforcement sources told the New York Post that the ex-boyfriend chased Young’s stream through the building. When she couldn’t catch him, she took aim at Young, sources said.

The ex-boyfriend was not invited to Young’s baby shower, according to reports.

Emotions rose when members of Shanice Young’s family gathered around a monument in front of the Harlem building, where the 31-year-old was shot and killed early Sunday morning. Law enforcement sources told CBS2 that there was a dispute and that Young was trying to break up a fight before they shot each other. However, a woman who identified herself as the victim’s sister said that was not the case.

She “She was nine months pregnant. Shanice was a victim, ”the woman said.

Police said the shooting occurred shortly after 1 a.m. outside of 300 W. 128th St. at Frederick Douglass Boulevard. Neighbors said Young had just returned from his own baby shower and was carrying her gifts in the lobby of her building with her current boyfriend and her family when a man opened fire and shot him in the head.

“Shanice had two daughters and the third died with her,” said the victim’s sister.

The accused murderer has not been publicly identified as the police have not formally identified him as a suspect. No arrests have been made.