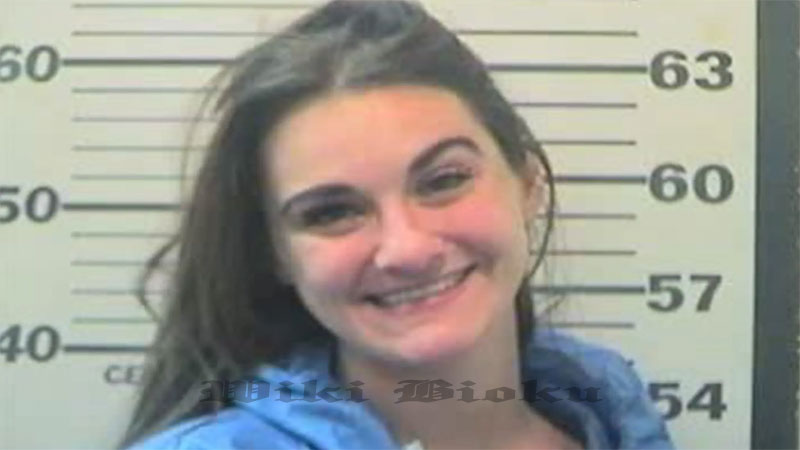 Sierra Nicole McClinton is a Universal City, Texas woman who caused a United Airlines flight to be diverted after she stripped off her pants and got into an altercation with the flight attendants, according to officials. The flight was a CommutAir flight operating as United Express from Jacksonville, Florida, heading to Houston, Texas, on Thursday, according to The New York Post.

One passenger on the flight posted about the incident on Instagram, writing, “Most interesting flight of my life. The lady in handcuffs threw up on herself mid flight, took her pants off, tried to fight another passenger, then swung on the flight attendant. So we had to have an emergency landing.”

The Houston-bound plane was forced to divert to Mobile, Alabama, where it made an emergency landing and law enforcement met the plane and the unruly passenger at the gate.

The incident appeared to have started when McClinton threw up on herself and proceeded to remove her pants, according to one of the witnesses’ Instagram post. At that point, she got into a dispute with another passenger and became belligerent with flight attendants.

The Mobile Airport Authority Police Department met the aircraft at the gate and arrested McClinton, Fox News reported. Police told the outlet that the passenger got into an “altercation” with someone else on the plane and flight attendants stepped in to assist. According to the outlet, McClinton was detained by a passenger and a flight attendant while the plane landed in Mobile.

When McClinton disembarked from the plane, she was wearing only her underwear and a t-shirt and “appeared intoxicated,” police told Fox News. The outlet wrote that McClinton was swearing and not cooperating with law enforcement. She was charged with public intoxication and disorderly conduct.

A CommutAir spokesperson told Fox News in a statement, “CommutAir flight 4332, operating as United Express from Jacksonville to Houston, diverted to Mobile when a passenger became disruptive. The aircraft landed safely in Mobile where law enforcement officials met the aircraft at the gate. The flight continued on to Houston shortly after.”

Recently, officials in Dallas County announced that a woman in her 30s died of COVID-19 on a flight to Texas from Las Vegas. In that case, a woman became unresponsive mid-flight and the pilot diverted the aircraft to Albuquerque, New Mexico. Emergency services responded to the passenger but she was declared dead on the scene.

In reporting the incident, Dallas County officials stated that the woman had underlying health conditions and was having trouble breathing during the flight, but it’s unclear if the woman knew that she had COVID-19 during the flight. Although the Garland, Texas woman died in New Mexico on a flight from Las Vegas, her death was added to Texas’ tally of COVID-19 cases.

The incident itself occurred in July but the information was only shared with officials in October, Dallas County Judge Clay Jenkins told WFAA.