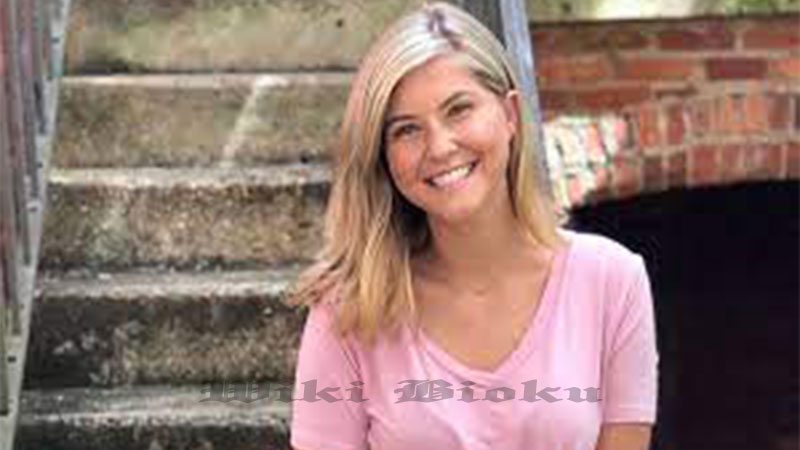 Skylar Mack is a student at Mercer University in Georgia and an American teen who was sentenced to four months in jail for breaking COVID-19 quarantine in the Cayman Islands to watch her boyfriend perform in a professional jet ski competition, authorities in the Caribbean nation say. Mack’s boyfriend, Vanjae Ramgeet, also received a four-month sentence, the Cayman News Service reports.

Skylar Mack lives in Loganville, Georgia, and graduated from high school there in 2019, according to her Facebook profile. She is in her second year at Mercer University, where she is studying biology.

While some news outlets in the Cayman Islands have referred to her as a medical student, her Facebook page shows she is aspiring to go to medical school after finishing her undergraduate studies. Other news outlets incorrectly stated she attends the University of Georgia.

Mack joked about COVID-19 on August 29, posting a photo on Facebook with friends at her Macon, Georgia, university and writing in the caption, “cough in my face, i have antibodies now.”

Ramgeet, who has been a professional jet ski racer for several years, was stripped of victory at the event and had his prize money, medals and trophy rescinded, according to the Cayman Compass. He wrote a formal apology to the Cayman Islands Watercraft Association and will face a ban at the start of the next season, the news site reports.

Christopher Bodden, an official with the Cayman Islands Watercraft Association, said in a statement, “I would like to apologize to all of our great sponsors who came on board for the final race of our very short season and reassure you that we take the safety of everyone, including the reputation of our sponsors very seriously.”

The association’s president, Gary Whittaker, added, “I would like to make it abundantly clear to our riders, officials and the general public who were in attendance that safety is always the number one priority at our events, regardless of whether it’s on the water or on-land.”

According to the Cayman News Service, Mack, who is the daughter of pro jet ski racer Dennis Mack, breached a 14-day COVID-19 quarantine on November 29, only two days after arriving on the island. She spent seven hours with members of the public after slipping off a wristband that tracked her location, the newspaper reports.

She told authorities the iMsafe wristband was too tight, so they loosened it at the hotel where she was quarantining, and was then able to slip it off, according to the Cayman News Service. Mack then attended a jet ski event in the South Sound, causing four families to go into isolation. There is currently no local spread of coronavirus in the Cayman.

A judge initially sentenced Mack and Ramgeet, a native of the Cayman Islands, to 40 hours of community service and a fine of $2,600 each, according to prosecutors. Mack paid the fine, but the government appealed and she was re-sentenced on December 17, the newspaper reports..

Mack and Ramgeet could not be reached for comment by Heavy. The Cayman News Service reported after the December 15 hearing, “Visibly distraught by the decision, the couple were remanded immediately. Though it is unlikely that they will serve the full four months, they will almost certainly be spending the holidays in HMP Fairbanks and HMP Northward respectively.”

Mack pleaded guilty to failing to comply with COVID-19 suppression regulations after the November 29 incident, and spent time in a government quarantine facility before being re-sentenced on December 17 and transferred to prison, the Cayman Compass reports.

Mack had arrived on the island on November 27 and was required to stay in her hotel for 14 days before interacting with the public, as all new arrivals to the island are. According to the Cayman Compass, Mack did not wear a mask or practice social distancing during the jet ski competition. During the re-sentencing hearing, Justice Roger Chapple said, “the gravity of the breach was such that the only appropriate sentence would have been one of immediate imprisonment,” according to the Cayman Compass.

According to the Cayman News Service, “Justice Chapple was clearly concerned about imposing a custodial sentence on young people with no previous convictions but said he was paying close attention to the message of deterrent needed to protect Cayman’s enviable position of being free of the virus.”

Mack’s lawyer, Jonathan Hughes, said prior to the appeal, “There is no way that it can be right that a custodial sentence is imposed for a first-time offense on an 18-year-old defendant, who entered an early guilty plea. The magistrate was correct to have taken into account the severity of the breach, as well as the youthful ignorance and selfishness of the defendants,” according to the Cayman News Service.

Hughes added, “Ms. Mack has paid her fine in full from her savings, which resulted in a significant portion of her funds being depleted. She has received hate mail, so far as to say even death threats. This has even impacted her father, who is also a professional jet-ski rider and has now lost sponsorship because of it.”

According to the Cayman Compass, the judge said Mack will be required to return to the United States after she serves the sentence and he recommended she be banned from the islands until after the border is re-opened to normal travel.

Issued a Letter of Apology in a Local Newspaper

Mack wrote an apology letter that was published in several local newspapers and on news sites, including the Caymanian Times, saying, “I had no intentions to harm anyone around me, that was never the intention, I acted without thinking through my actions. I realize now that I was selfish in the decision I made and that it made a lot of people upset, I am sorry.”

In her apology, Mack said she has been a frequent visitor to the Cayman Islands since she was young, watching her father, Dennis Mack, compete in jet ski events. In July 2019, she was in attendance for a popular “Surf and Turf” jet ski competition that her father was featured in.

“I have nothing but the utmost respect for the country and its citizens. That being said, on November 29th my actions spoke of nothing but complete disrespect by disobeying my quarantine rules,” Mack wrote in her letter. “It was not our intention to harm or hurt anyone but I realize now that we have caused a lot of anxiety and frustration for many persons, for this, we are truly sorry.”

I am aware that the Cayman Islands Government has done nothing but dedicate extreme caution to combat the spread of Covid-19, for this the country and its citizens can be extremely proud; I made a mistake, and words cannot express how sorry I am for this. I was afforded the opportunity to enter the island during these trying times and I abused it. I am humbly asking for the forgiveness of the Community.

If there was any way I could go back and fix it, I would. My hope is that the people of the Cayman Islands will forgive me, I am hopeful that we can resolve this. I made the biggest mistake of my life so far, on November 29th, that is something that I am going to have to learn to deal with. I assure you that something like this will never happen again. I want to take this opportunity to express my deepest apologies to both the government and the community of the Cayman Islands, I feel terrible about my mistake and I hope that the nation will be able to forgive me.