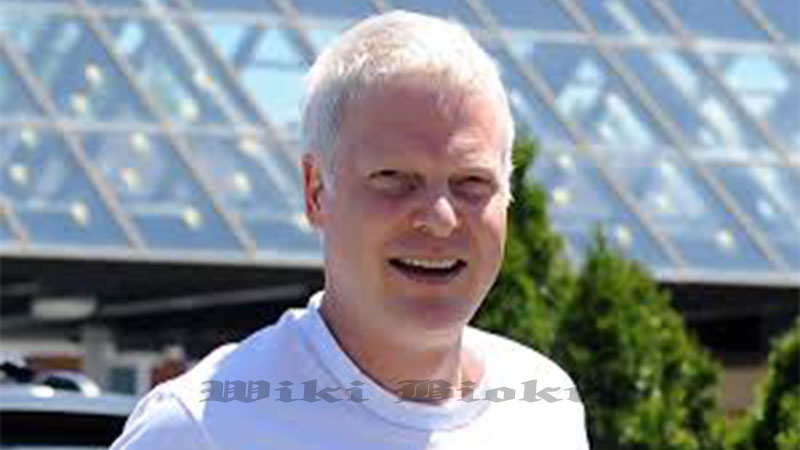 He was best known for his backing of filmmakers and musicians. Bing was a self-professed lifelong fan of Jerry Lee Lewis and helped finance the musician’s return to the recording studio, co-producing his album “Rock & Roll Time” with veteran studio drummer Jim Keltner. He produced Martin Scorsese’s “Shine a Light” documentary about the Rolling Stones.

Before he finished school, Bing had already co-written his first screenplay, called “Missing in Action,” with veteran sitcom writer Arthur Silver. It was made into a Chuck Norris film and spawned a sequel.

Bing, a major Democratic donor and a friend of President Clinton, went on to Stanford but dropped out in his junior year to pursue filmmaking. Rangy and silver-haired, the 6-foot-4 producer was often seen dressed casually in jeans and gym shoes.

Bing’s name was thrust into the spotlight when he became involved in two highly publicized paternity cases. In one, he sued British actress Elizabeth Hurley to force a DNA test after she said he was the father of her baby.

Before he finished high school at the Harvard-Westlake School, Bing had already co-written his first screenplay, ‘Missing in Action,’ with veteran sitcom writer Arthur Silver.

It was made into a Chuck Norris film and spawned a sequel.

He inherited his fortune on his 18th birthday and dropped out of Stanford in his junior year to pursue filmmaking.

In the early 1990s, he reportedly checked into the Hotel Bel-Air for one night and then stayed there for nine years.

Bing maintained a low profile but was forced into the spotlight by his 2000-2001 relationship with Hurley and a subsequent paternity suit, which enrapt the tabloids on both sides of the Atlantic and led him to file numerous libel and invasion of privacy suits.

In 2002 the Los Angeles Times wrote that ‘the press-shy 37-year-old scion is fast acquiring a Gatsby-Esque allure and notoriety.’

The paper reported: ‘Now unmistakably on the map as a high-profile Hollywood libertine, he is a man dedicated apparently in equal measures to philanthropy, politics, and women.’

Steve Bing has died at the age of 55 years.

Bing’s fortune came from his grandfather Leo, who built luxury apartment houses in New York in the 1920s.

His father, Dr. Peter Bing, worked on public health issues for the Johnson White House before relocating to Los Angeles, where he attends to the family business.

The family has appeared on the Forbes list of the 400 richest Americans.

California is dotted with evidence of the family’s generosity, from the Los Angeles County Museum of Art’s Leo S. Bing Theater to an array of programs at Stanford University, where Peter Bing used to be chairman of the board of trustees.

Despite his huge inheritance, Bing was not well known to the general public until his relationship with Hurley.

He is perhaps best known though for his 18-year-old son, Damian, with actress Elizabeth Hurley.

Hurley met Bing in 2000, while she was ending her 13-year relationship with Hugh Grant.

They were together for less than a year.

The couple, whose relationship remained non-exclusive, separated briefly in March 2001.

They reportedly reconnected soon after, and in August visited Elton John’s holiday home in Nice.

Hurley informed Bing after they separated that he was the father of her child.

He issued a news release saying that they had not been in an exclusive relationship and that it was ‘her choice to be a single mother.’

Tabloids in Britain, where Hurley lives, variously labeled him ‘Bing Laden’ and a ‘spermicidal maniac.’

Bing initially disputed Hurley’s claim he was the father but later a DNA test proved otherwise.

In the same year that Damian was born, 2001, Bing was faced with a paternity suit from a second woman, professional tennis player Lisa Bonder.

Bonder, who in 1984 was ranked 9th in the world in singles, was involved in a high-profile child support lawsuit with her ex-husband of 28 days, billionaire Kirk Kerkorian.

Kerkorian, 48 years older than Bonder, suspected that Bing – Bonder’s ex-boyfriend – was the father of her daughter.

Kerkorian hired infamous private eye Anthony Pellicano to investigate, and Pellicano took used dental floss from Bing’s trashcan to do a DNA test confirming he was indeed the father.

Dr. Peter Bing, Damian’s grandfather, attempted in 2018 to cut his ‘born out of wedlock’ grandson from a sizeable inheritance from his will.

Peter Bing, who donated $50 million to Stanford University in 2006, established his trust in 1980 to ‘benefit [his] future grandchildren’, who were born or adopted at a young age by Steve or his daughter Mary, according to court papers.

The trust states children who were born out of wedlock and who didn’t live in their parent’s home for a significant amount of time as a minor, would not be considered as beneficiaries.

The elder Bing also states that Damian Hurley would not be considered as a beneficiary either because he was born out of wedlock and not only never lived with his film producer father but ‘never met’ him.

However, in July 2019, an LA judge ruled that Damian and his half-sister Kira Kerkorian were indeed beneficiaries of Dr. Bing’s trust.

Steve Bing Cause of Death

Steve Bing, a filmmaker and philanthropist, and father to Elizabeth Hurley’s son Damian have died at the age of 55.

The producer and director died after jumping from the 27th floor of the Century City neighborhood building where he lived.

Sources told the site that he’d been ‘depressed’ about being isolated during coronavirus, but it is unclear if that had anything to do with his suicide.

Bing, fell to his death from a high-rise building in Century City, according to a law enforcement source who was not authorized to comment. Foul play is not suspected.

A spokesperson for Los Angeles Police Department said it responded to a call around 1 p.m. regarding the death of a man in his 50s in the 10000 blocks of Santa Monica Boulevard in Century City.

“This is the only information we have at this time,” said Capt. Gisselle Espinoza, an LAPD spokeswoman.

Known to be media-shy, the real estate scion was a Harvard Westlake graduate who inherited a $600-million fortune at the age of 18.

At the time of his death, his net worth was estimated to be $590 million.