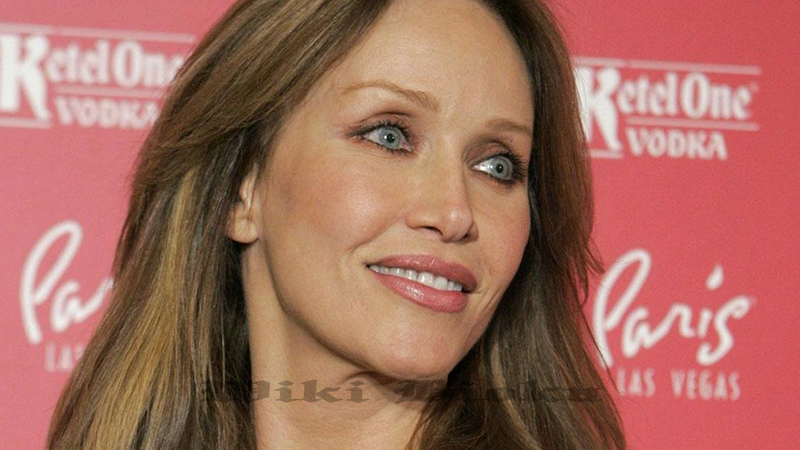 Tanya Roberts, Her real name was Victoria Leigh Blum was an American actress, producer, and model, has died. She was best known for playing Julie Rogers in the final season of the 1970s television series Charlie’s Angels, Stacey Sutton in the James Bond film A View to a Kill, and Midge Pinciotti on That ’70s Show. She appeared in 81 episodes from 1998-2004, but eventually left the series to care for her sick husband.

She relocated from New York with her mother to live near Toronto (Mississauga) for several years, where she started forming a photo portfolio and laying plans for a modeling career. At age 15, she left high school and lived for a while hitchhiking across the United States. She eventually returned to New York City and became a fashion and cover model. After meeting psychology student Barry Roberts (while waiting in line for a movie), she proposed to him in a subway station and they were soon married. While Barry pursued a career as a screenwriter, she began to study at the Actors Studio with Lee Strasberg and Uta Hagen under the name Tanya Roberts.

Born Victoria Leigh Blum, Roberts began her career as a model before breaking into films. A 30-year career in movies and TV followed.

She had starring roles in the cult favorites “The Beastmaster” and “Sheena: Queen of the Jungle.” And she appeared in several well-known TV shows of the time, including “Fantasy Island,” “The Love Boat,” and one season of “Charlie’s Angels” as one of the three principal characters.
Then came her most iconic role until that point. In 1985, she played geologist Stacey Sutton in ‘A View to a Kill,’ opposite Roger Moore in his final outing as 007.

She then earned a new legion of fans during her turn as Midge, Donna Pinciotti’s dimwitted mom, in “That 70s Show.” But she suddenly left the sitcom in its fourth season to tend to her now-late husband who had been diagnosed with an illness. (She returned in later seasons as a recurring character.)

Her last on-screen appearance was in 2005 in the TV series “Barbershop.

Tanya Roberts has died at the age of 65-years-old.

Roberts was born in 1955 in the Bronx, New York City, the second child of a father of Irish descent and a Jewish mother. She has one older sister, Barbara. Roberts’s father supported their family on a modest income, working as a fountain pen salesman in Manhattan. Roberts and her sister were raised in the central Bronx.

Roberts was married to Barry Roberts from 1974 until his death in 2006. They had no children. She is survived by long-time partner Lance O’Brien, and her sister Barbara.

On December 24, 2020, Roberts collapsed suddenly after returning home from walking her dogs. She was taken to Cedars-Sinai Hospital in Los Angeles, later placed on a ventilator, and died on January 3, 2021. She was 65. Her exact cause of death has yet to be determined or disclosed. According to a spokesperson, she had not been ill in the days leading up to her death, and “It was not COVID-19 related.

Actress Tanya Roberts, who is best known for her role as a Bond girl in “A View to a Kill” and Midge Pinciotti on “That ’70s Show,” has died. She was 65.

Officials did not release her cause of death. But it was not due to Covid-19, said her publicist and longtime friend Mike Pingel.
“I’m devastated, I’ve been friends with Tanya for over 20 years,” Pingel told CNN. “She was full of energy and we always had a wild time together. She was truly an Angel and I will miss her so much.”
Roberts was taken to Cedars-Sinai Medical Center in Los Angeles on December 24, after she collapsed at her California home following a morning walk with her dogs, Pingel told CNN.
She died Sunday.