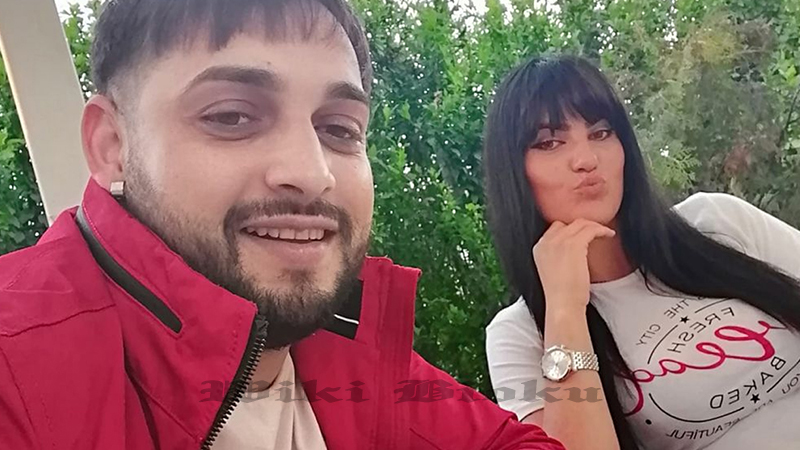 Tavy Pustiu, a Romanian singer, is dead after his car was hit by a train. His wife is in critical condition, according to the U.K.’s The Sun newspaper. The crash was captured live as he streamed it to his social media followers.

Tavy Pustiu has died at the age of 29 years.

According to The Sun, Pustiu, 29, and his wife, 24, who was not named by authorities, can be seen sitting in their white Ford Fiesta, smiling and listening to music, when a train hits the car’s passenger side. Pustiu saw the train right before it hit them and let out a scream, but it was too late for them to get out of the way of the oncoming locomotive.

The up-and-coming musician was killed at the scene and his wife is hospitalized on life support. The first-responders had to remove the pair from the wreckage of their car.

The two were traveling between Maneciu and Ploiesti Sud in Romania. A local police spokesman told The Sun in a statement, “As a result of a collision between a train and a car on the level crossing a 29-year-old man who was the passenger in the front of the car was declared dead and a 24-year-old woman who was the driver was injured. The accident happened because of non-compliance with the rules at the level crossing.”

On a YouTube video of Pustiu singing with Randu Alberto, fans have been leaving condolences about his death. It appears that Pustiu was a religious man, as several Facebook from the posts in the past few years references his belief in God.

“When blessed doors open by themselves in front of you, know that God has intervened for you,” he posted in one (translated from Romanian).

In another, he wrote, “God, I got out of bed again this morning, and thank you from the bottom of my heart.”

In a third, Pustiu posted, “I cannot boast of my love for God, because I cynically disappoint him. but I can boast of his love for me, for he has never disappointed me.”

This is not the first death to be captured on film in this day and age of social media. In 2018, Rannita Williams of Shreveport, Louisiana, was shot and killed on a Facebook video. In April 2020, a shooting in Birmingham, Alabama, was streamed on Facebook, though fortunately, no one was killed.

In 2016, a woman live-streamed her death by suicide on Periscope. And in 2017, a California teenager named Obdulia Sanchez has accused of Instagram live-streaming her 14-year-old sister’s death in a car crash that Sanchez caused. She was later sentenced to more than 6 years in prison, though she was paroled in late 2019. Less than a month after her release, Sanchez led police on a high-speed chase, was arrested and sent back to prison, according to ABC 30.