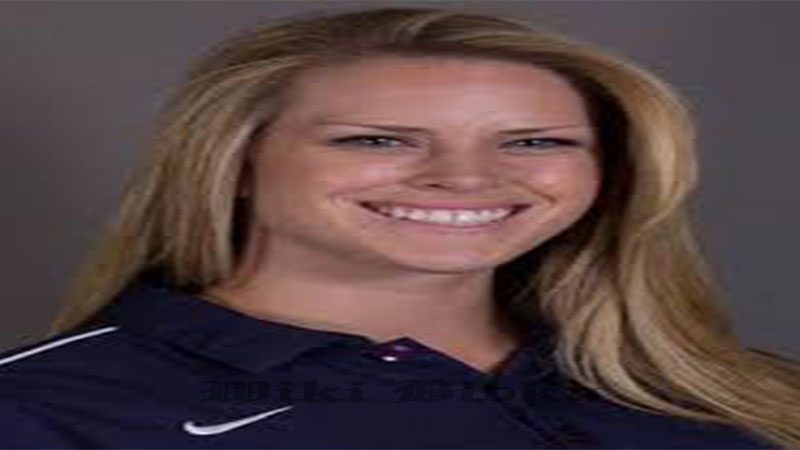 Taylor Morton, who also goes by Taylor Parker, is a Texas woman Texas who is accused of killing her seven-months-pregnant Facebook friend Reagan Hancock at her New Boston home and cutting her baby from her womb, KTAL TV reports. Morton, of Simms, Texas, was arrested October 9 in Oklahoma, the. same day Hancock was found dead. The baby did not survive, police said.

Morton, who was identified by police by her former married name, Taylor Parker, but went by Taylor Morton on social media, had posted on Facebook about being pregnant and has been accused by some online of faking her pregnancy before Hancock’s murder, according to a number of Facebook posts.

According to her Facebook page, Morton described herself by saying, “I’m a wildflower, wild free an(d) wicked with a glow that was never meant to be tamed.” Her Facebook page also said that her professional skills include being a “medical assistant,” working in “office administration” and knowledge of “(modern) phlebotomy.”

Morton appeared to have a job at RPM Staffing, according to several posts she shared on Facebook. On August 14, she wrote, “Are any of my friends Local Business owners? I am currently looking to expand my Client reach from Titus County up to a 50 mile radius. Looking for businesses in the Hopkin, Camp, Morris, Bowie County areas whom may need temporary employees, FT/PT, or help placing employees whom may have been furloughed due to COVID-19 Pandemic. We are open to Boutiques, Ranchers/Farmers, Manufacturing, Industrial, Food Services etc. you name it! We offer a wide variety of candidates. Please contact me at RPM Staffing Professionals … or Private message me.”

As was reported in the McCurtain County Gazette-News, Morton is also the mother of two children.

In one post, she showed her son, writing, “My big boy ❤❤❤❤ First day of 1st Grade.” She has also posted photos with her daughter, such as one of her daughter posing before a fireplace on August 12, 2019, with the message “First day of 3rd grade” written on the photo.

According to public records, Morton was previously married twice and divorced. She had a child with one of her two ex-husbands and a child with another man who was not involved in the child’s life, according to social media posts from her friends. Morton has also gone by the name Taylor Wacasey.

Morton’s boyfriend, Wade Griffin, worked at Circle G Farms & Wild Hog Buying Facility, as advertised by this post she wrote on August 26: “‼️Attention‼️ Lots of rain on the way, which means the feral hogs will be moving and rooting up for sure. On a positive note that means we are BUYING, let’s put some extra change in your pocket! Contact Wade Griffin at your local Bowie County Hog buying facility- Circle G Farms…”

Circle G Farms is listed on Facebook as an “agricultural cooperative” that buys wild hogs for a meat processing plant.

One of her most recent Facebook posts, posted on September 20, featured several photos of two trucks towing bales of hay. On the post, Connie Griffin had written, “Oh Wow! The tale of two Griffin’s. You got them both on the job. Glad to see them working together. Thanks for sharing the pics and the load boys. ❤️” and Morton had replied, “Connie Griffin haha thats me and Wade hauling lol.”

In January 2020 the couple and the farm were featured in an article in the Texarkana Gazette about feral hogs.

“I’ve been around hogs since I was 13, going on 20 years now and we’ve been hog buyers since 2014. We’re licensed to hold up to 200 pigs. Every part of the hog can be used, particularly heart valves for humans. Meat for the world here and abroad, scrap for dog food,” Wade Griffin told the newspaper. “Our goal is to educate why you need not kill, but do your best to trap and contain the pigs and then get them to a buyer like us or a processor and receive your money.”

Morton added, “In reality, we are pretty much the answer to farmers and ranchers for this non-traditional extra income. We are considering running a processing facility in Mount Pleasant for feral hogs only. I’ve had some conversations with larger organizations, particularly two heart hospitals who will want the hearts and heart valves we get. This would be a seven-day-a-week, around-the-clock facility.”

In one Facebook thread, Griffin, Morton and a third person were commenting on people not believing in Morton’s pregnancy. Here is the exchange:

(Griffin) I’m glad ur willing to make something for us Sierra(.) everyone else things we are faking a whole damn pregnancy! 😂😂 with the little one that’s not even here yet. Some people I once called friends are going to look soo stupid in the weeks to come 😊

(Morton:) Wade Griffin Sierra Blalock couldn’t have said it any better than that 👆

(Blalock:) Wade Griffin all you can do is pray for stupidity!! But you are so right.

Morton wrote often about pregnancy according to posts captured by True Crime Society, which were open to “friends only.”

In one of the posts from July 9, Morton posted a photo of an ultrasound and a closeup of a baby’s face from an ultrasound. She also included a message that read, “Our sweet girl is measuring 2 pounds and 2 ounces today. She is definitely handling everything like champ. Her measurements came back good. Heartbeat running slower than her normal since they have put Momma on a heart pill. We are scheduled for our full 3D ultrasound July 30th and after seeing this sweet face today I CAN NOT WAIT!!! heart face #ClancyGaile “She is tiny but fierce.”

In another post featured on True Crime Society, Morton posted about a health scare she had. “Yes ma’am gave me two IV doses of blood thinner,” she wrote in response to someone asking if doctors could “fix” whatever was wrong. “Goback tomorrow for second scan to see if whats left of clot is breaking up. (Home) health nurse is (going) to monitor me. Im good. Our Clancy Gale is holding out strong too. Will see OB every day the next week or two with the blood thinners.”

Hancock had been very public about her pregnancy, posting photos of her ultrasound on Facebook on March 31. On August 16, Hancock wrote a Facebook post in which she announced that a baby girl named Braxlynn Sage was going to be born roughly around November 10.

According to the McCurtain County Gazette-News, Morton told law enforcement that “she only knew the deceased pregnant woman by her first name and thought they were the same age.”

Hancock’s parents, Marcus and Jess Brookes, described feeling pained by the loss of their daughter and granddaughter, writing on Facebook, “God please save us from this hurt we have.” In a different post, she informed people that they were holding a service to celebrate her daughter, “We are welcoming friends and family to our house today to celebrate Reagan Hancocks life we will be here all day if u need the address please pm us and I’ll send it to you.”

Hancock’s mother wrote on Facebook that she was the one who found her daughter dead in her New Boston home. She wrote on Facebook, “I don’t have it in me right now to make a long post. But mainly I am begging for prayers without ceasing for our family. Our beautiful daughter Reagan Hancock and her precious unborn baby girl Braxlynn were murdered yesterday by Satan in the flesh. I found her and Marcus and Chris were on scene right after me. Our family, friends, & community are rocked to the core! Our Reagan was one of the most precious people you would ever meet. Please I beg keep us in your prayers.”

Taylor Parker was Discharged From the Hospital and Booked into Jail

Morton has been discharged from the Oklahoma hospital and booked into a local jail, KTAL reports. She is facing kidnapping and homicide charges in Oklahoma and could be arraigned Tuesday, October 13, according to the news station.

A news story featured in the McCurtain Gazette-News reported that a female suspect — now known to be Morton — killed Hancock by beating and stabbing her to death before cutting the baby from Hancock’s womb.

The McCurtain Gazette-News reported that Morton then fled to Oklahoma, where the baby died. Hancock was stopped by a Texas state trooper for speeding near DeKalb at 10 a.m. on Friday, the paper reported. She told the trooper that she “had just given birth and her newborn baby, which was in the car, was not breathing.” The trooper tried to perform CPR but could not revive the baby and called for an ambulance. Morton was then taken to McCurtain Memorial, where “a doctor … knew very quickly that she had not given birth.”

When reports came in at 1 p.m. that a woman was murdered and her baby taken, police returned to the hospital, arrested Morton. The paper reported that Morton confessed in custody, “to the murder and kidnapping, telling officers she told her boyfriend that she was pregnant in February and they even had a gender reveal party.”