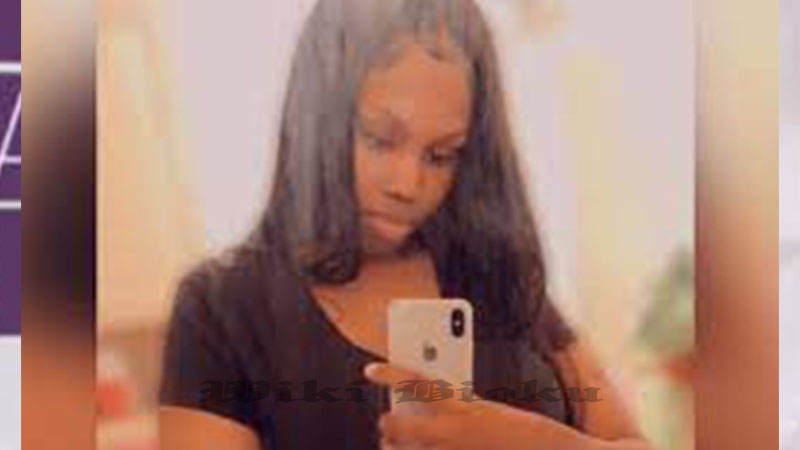 Taz Hayes is the woman accused by Arkansas State Police of shooting another woman before Little Rock, Arkansas Police Chief Keith Humphrey opened fire and struck a car. Videos emerged of the shooting scene, which you can watch throughout this article.

Humphrey Served for Years as a Police Chief in Texas

According to his police biography, Police Chief Keith Humphrey “serves as the 38th Chief of Police for the City of Little Rock. The chief reformer is working on ways to add additional initiatives that will provide opportunities for officers and civilian personnel to make a full transition to 21st century policing. Chief Keith Humphrey came to Little Rock after serving as Chief of the Norman, Oklahoma Police Department from 2011 to 2019. ”

The biography reads: “Chief Humphrey started as an officer in the Fort Worth City Police Department in 1988. In 1995, he joined the Arlington (TX) City Police Department, being promoted to Sergeant (2000) and then to Commander (2005) in that department. In 2008, he was appointed Chief of Police for Lancaster, Texas, and held that position until 2011, before taking his position as Chief of Police for Norman. ”

The biography continues: “He holds a Bachelor of Business Administration from Texas A & M-Commerce University and a Master of Business Administration from Amberton University. He is also a graduate of the Harvard Kennedy School’s Diverse Organization Building and Leadership Strategies Program and the Law Enforcement Leadership Program. Chief Humphrey has been an adjunct professor at the University of Oklahoma, Langston University, and Argosy University, as well as an instructor for the FBI’s Law Enforcement Executive Development Association. ”

The shooting happened near Asher Avenue and Fair Park Lane. The Arkansas Times reported that Humphrey had joined patrol officers on New Year’s Eve to combat violent crime in the city.

“This is an unprecedented situation because it involves our police chief,” the Little Rock mayor wrote in a statement. “In our continued efforts to remain accountable, clear, and transparent, we have asked the Arkansas State Police to investigate both incidents and they agreed. We appreciate your cooperation. There will be no further comment while the Arkansas State Police conducts its investigation. ”

The video shows a woman who police say is Taz Hayes wielding and firing a gun after another woman smashed a car window. You can see the video above.

The Arkansas State Police issued a detailed statement regarding the Humphrey shooting.

“A Little Rock police officer involved in a shooting that occurred last night (Friday, December 31, 2021) and an armed disturbance that preceded the officer’s arrival at 5103 Asher Avenue is being investigated by the Arkansas State Police. Little Rock Police Department commanders asked the state police to investigate the incidents as the two are interrelated, ”they wrote.

At approximately 8:55 pm, a Little Rock police officer patrolling east on Asher Avenue witnessed a fight among a crowd outside the Super Stop convenience store and gas station. As the officer approached the store from Mary Street, 29-year-old Taz Hayes, who was among the people already in the parking lot, fired a gun against the riot. The shot left 22-year-old Kelecia Mayo wounded ”.

That’s when Humphreys started shooting, the Arkansas State Police statement says, though he doesn’t name him.

“The Little Rock officer then shot Hayes with his gun,” he says. “A bullet later recovered by state police special agents from inside a vehicle in the parking lot will be examined at the Arkansas Crime Laboratory to determine if it is the bullet fired by the officer. Hayes was unhurt and was arrested at the scene. ”

He adds: “Mayo was transferred to a Little Rock hospital and was initially assessed to be in critical condition.”

The statement added: “Questions regarding the identity of the Little Rock police officer and his administrative status should be directed to the Little Rock Police Department Public Information Officer.”

Little Rock Police wrote, according to the Arkansas Times: “During the wee hours of the night on December 31, 2021, Police Chief Keith Humphrey was working on a New Years’ Eve detail along with other members of the command staff to assist to patrol. Chief Humphrey encountered an armed disturbance outside the Super stop at 5103 Asher Avenue. As he got out of his vehicle to make contact, an armed suspect opened fire on the victim causing injuries. Chief Humphrey then confronted the suspect and discharged the department-issued service weapon on him. The suspect fled and was arrested shortly thereafter and taken into custody. The Arkansas State Police will conduct an independent criminal investigation into Battery 1st and the officer involved in the shooting. Therefore, questions regarding the criminal investigation should be directed to the Arkansas State Police. The Little Rock Police Department will conduct a separate internal administrative investigation. Chief Humphrey has been placed on administrative leave, per policy. ”

Hayes Was Accused of Battery

Hayes is arrested in the shooting.

“Special agents of the state police assigned to the Division of Criminal Investigation interviewed Hayes, who was subsequently charged with assault (first degree) and incarcerated in the Pulaski County Detention Center,” the statement said.

“Officers continue their investigation today and will then forward a file to District Attorney Larry Jegley, who will use the investigation to help determine whether the use of deadly force by a police officer was consistent with Arkansas law.”

According to Arkansas Online, Hayes “was involved in a road rage incident that ended at the Superstore.”

“A verbal altercation was hinted at that turned physical,” says a report obtained by the site. “The subject got out of his vehicle with a gun and began to shoot another woman, approximately six times, hitting the victim.”

Who is Taz Hayes? You can see his Facebook page here.

His Facebook profile picture of him reads: “Looking forward to new version 1-1-2022”.

Hayes’ Facebook profile reads: “Taz Hayes (MzPlayamade) HUSTLE💰 | EAT | GRIND | SHINE😏 | PLAYAMADE👌🏽 | HEARTLESS💯BWA💪🏽 | ❤️03 / 02 / 20❤️.” She wrote in March 2021: “My family got screwed up and it’s sad🤦🏽‍♀️🤣 I’m glad to be alone … I just love everyone from a distance! Everyone should remember that we all have! We are in 2021 when we will change for the better! Too much shit for us to hate each other! Does everyone compete with each other? That is what it is?? 🤦🏽‍♀️💀🤣But if something happens, everyone will be crying, saying rips, getting shirts, everything he did in remembrance! Put that B aside and LOVE YOUR PEOPLE !! Life is short !!! ”

One woman wrote on Facebook: “Mane Free my Lil because Taz Hayes Lil mama is completely wrong and she has been bullying lush cut for a minute. Taz was fed up and just put that shhh because she was Supa’s player in the situation. I’m not going to find a bottle to balance the defense weapon. She could have cut her eye or anything with that glass bottle, so I would have taken out the mines too. # Selfdefense # Lilboosie # Setitoff “.

Police Chief is on Administrative Leave

“On New Year’s Eve, Little Rock Police Chief Keith Humphrey initiated a patrol approach with all hands on deck, just as he has done in the past, and required command personnel to patrol the city, “wrote the mayor.

“While he was on patrol, Chief Humphrey saw a disturbance which, unfortunately, led to a shooting. Chief Humphrey also fired his gun at the alleged shooter and, as is common practice in a shootout involving officers, he has been placed on administrative leave. Deputy Director Crystal Haskins is now the acting chief of police. ”