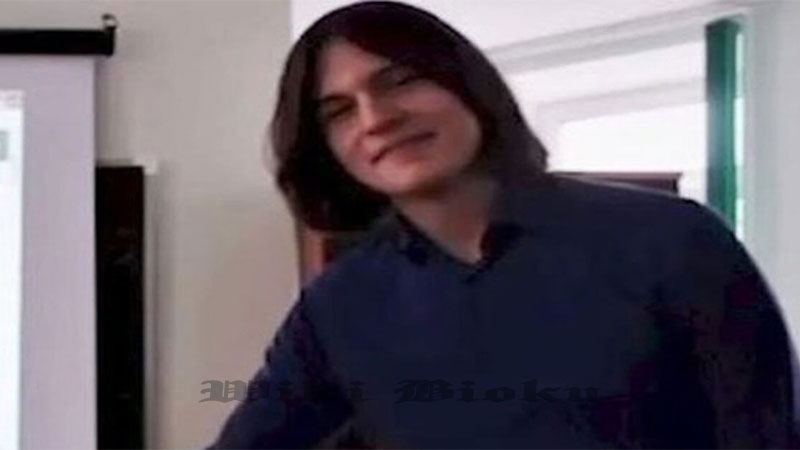 Timur Bekmansurov was identified as the gunman who opened fire at Perm State University in Siberia, Russia, killing at least six people.

Timur Bekmansurov was identified as the gunman who opened fire at Perm State University in Siberia, Russia, killing at least six people.

Perm is located about 800 miles from Moscow in the Urals region.

Bekmansurov wrote a post on social media a few hours before the shooting, which appeared to speak of his plans, according to the BBC. He said that he was going to carry out a plan that he had considered for years and that “the time had come” to do what he had “dreamed of,” the BBC reported.

“I have thought about this for a long time, years have passed and I realized that the time had come to do what I dreamed of,” he wrote, according to the BBC.

He targeted Perm State University because he had “made a serious mistake” four years earlier, the publication said, according to The Independent.

Bekmansurov Was Wounded in the Shooting & in Critical Condition Tuesday

Bekmansurov was injured in the shooting and remained in critical condition in hospital on Tuesday, the BBC reported, citing Russian media sources. The news outlet reported that Bekmansurov had his leg amputated. Police told the Independent that Bekamansurov had been shot and wounded before detaining him.

The gunman posted this on social media 2 hours ahead of the attack.
🇷🇺⚡ The gunman has been identified as 18-year-old #Timur Bekmansurov, he had barricaded himself in one of the university lecture halls. He has been neutralized by the authorities#Russia https://t.co/1kPtLH1jEV

His publication on social media implied that he expected to die, according to the text quoted by The Independent.

“As much as I know myself, I have always thought about death. I don’t know how many I can kill, but I will do my best to take as many as I can,” the publication read, according to The Independent.

President Vladimir Putin ordered a ministerial delegation to organize assistance for the families of the victims, The Independent reported.

“It is a tremendous tragedy, not only for the families who lost their children but for the entire country,” Putin said, according to The Independent.

Bekmansurov Legally Obtained the Gun That Was Used in the Shooting

Bekmansurov also wrote about the process for legal obtaining a gun at his post, according to The Independent, and said he had successfully passed psychiatric tests.

The Russian national guard confirmed to the Independent that he had legally obtained the weapon, according to the article.

The Independent wrote that due to the country’s strict gun control laws, mass shootings are “relatively rare.” However, they appear to be on the rise, the article says.

In May 2021, a Kazan student killed nine people at his former school, the article said. Three years earlier in Kerch, Crimea, 18-year-old Vladislav Roslyakov was identified as the gunman who carried out the worst mass shooting in the country since the 2004 terrorist attack in Beslan. Roslyakov was accused of killing 20 of his fellow students, according to the article. In the 2004 terrorist attack, 333 people were killed, including many children, The Independent reported.

🇷🇺 According to preliminary data, the shooting was opened by 18-year-old Timur Bekmansurov, now he has barricaded himself in one of the university classrooms.

Students captured the scene of the active shooter on cell phones, The Independent reported. The gunman approached the university’s building number 8, a central hall that houses the geography staff, around 11:30 a.m., the article says. The video shows the students jumping from the windows to escape the building.

Lev Zenkov told the Independent that he was at a conference on the building’s fourth floor when the gunman entered. He said it lasted between 20 and 30 minutes, the article says. Kenkov remembered the gunman wandering the first and second floors before going to the chemical plant next door.

“Everybody is shocked and crying,” Zenkov told the Independent.

He said police arrived within minutes and were accompanied by specialized units shortly after. The quick response saved many lives, he said.

The Independent reported that Bekmansurov “appears to have shot to enter the campus, killing a security guard before the alarm was raised.”

Semyon Karyakin, a second-year geology student, told ABC News that he was in an elevator heading downhill when he heard gunshots. The elevator opened into the hallway where the gunman entered moments before, the article said.

“The doors opened, two girls ran in and behind them there were shots,” Karayakin told ABC.

The students went up one floor, but the gunman had already climbed the stairs, Karayakin told ABC.

“We were lucky again because the elevator closed again and we managed to get out of there. In the other case, I wouldn’t be talking to you, ”he said, according to ABC.

The group hid in a classroom and barricaded themselves until police arrived while trying to get other students to safety, he told ABC.

Atleast 8 people killed in shooting incident at #Perm state university in #Russia attacker can be seen with a shotgun pic.twitter.com/kAvVr69LZL

Students and residents of the city of Perm told the BBC that their community was “crushed by the tragedy.” A makeshift memorial with flowers, photos, and toys appeared around campus in the hours after the shooting, and a priest arrived to offer support, the BBC reported.

One student told Russia’s Kommersant website that his teacher bolted the doors by tying the door handles moments before the shooter tried to enter the classroom.

“There was no key and the door was open. He tied the handles with a piece of wire. I have tried to force the door. When he wouldn’t open it, he shot at the door and then once at the wall and then continued walking down the hall, ”said the student.

I have commended two traffic police officers for his response from him, the BBC reported. Vladimir Makarov took students and teachers to safety, the BBC reported, and Konstantin Kalinin confronted the gunman and opened fire after he was shot, according to the article.

“The young man fell. I ran up to him, stopped him, put away his rifle, bullets, and knife, and then started giving him first aid, ”said Junior Lieutenant Kalinin.