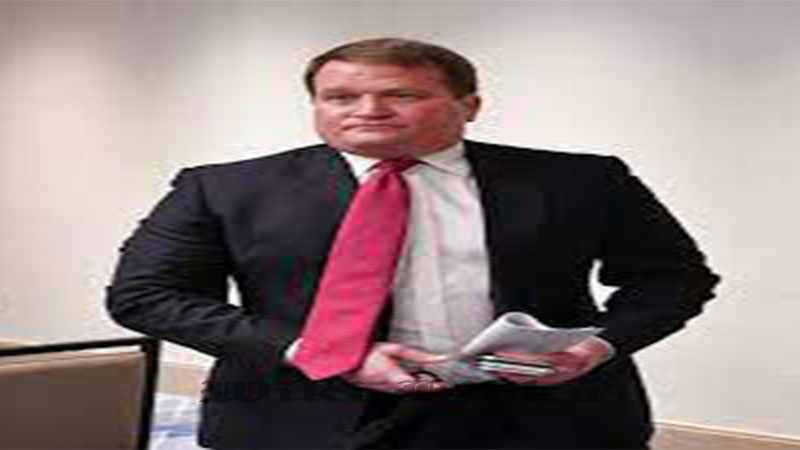 Tony Bobulinski is the former business partner of Hunter Biden who says Joe Biden was involved in business dealings with China.

The Navy veteran said he was the CEO of a holding company partnership between the Chinese firm and the Bidens, including Hunter, Joe and Joe’s brother, Jim, the outlet reported. The firm wasn’t in it for the money but for the “political or influence investment,” Bobulinski said in a statement to the New York Post.

“I’ve seen Vice President Biden saying he never talked to Hunter about business,” Bobulinski said. “I’ve seen first-hand that that’s not true, because it wasn’t just Hunter’s business, they said they were putting the Biden family name and its legacy on the line.”

Bobulinski said he was a recipient of the May 13, 2017, email published by the New York Post on October 15, 2020, according to the outlet. The email, sent from one of the group partners, disclosed cash and equity positions, as well as a 10% cut for someone called “the big guy,” the New York Post reported.

In his announcement, Bobulinski outed “the big guy” as Joe Biden. He also told the New York Post that the initials “JB” used in the email represent Joe Biden’s brother, Jim Biden.

May 20, 2017 text exchange obtained by #FoxNews – Tony Bobulinski is warned by business partner James Gilliar “Don’t mention Joe being involved, it’s only when u are face to face, I know u know that but they are paranoid”, which I’m told is a reference to Joe Biden. pic.twitter.com/TB0UlEfOg0

“Hunter Biden called his dad ‘the Big Guy’ or ‘my Chairman,’ and frequently referenced asking him for his sign-off or advice on various potential deals that we were discussing,” Bobulinski stated to the outlet.

According to an interview on the Pennsylvania State University Wrestling Club’s website, Bobulinski wrestled at the university from 1990 to 1995.

Bobulinski said the experience “forged me into the individual I am today,” adding:

I came to Penn State without a scholarship and worked my guts out to eventually become a scholarship athlete my junior and senior years as well as a team captain. That journey forced me to develop the discipline, heart, passion and perseverance that will allow me to be successful at whatever I do in life. The skills I developed (and I am not talking about wrestling techniques) as a Penn State wrestler are priceless.

Pennsylvania State University’s Wrestling Club described Bobulinski as “no slouch in the classroom, adding that he was named to the Dean’s List for nine of his 10 semesters at the university.

“During his career he was inducted into Spiritus Lionus (an athletic & academic fraternity developed by student athletes) and the Golden Key National Honor society and invited to become a member of Tau Beta Pi,” the Club’s website says.

Bobulinski won a scholarship in 1995 from the Merrill Lynch Heisman Scholarship Program, according to the Club, and was named the Big Ten Male Academic Athlete of the Year.

Bobulinski, the “grandson of a 37 year Army Intelligence officer, the son of a 20+ year career Naval Officer and the brother of a 28 year career Naval Flight Officer,” said he served in the U.S. Navy for four years, according to the New York Post.

“I myself served our country for 4 years and left the Navy as LT Bobulinski. I held a high level security clearance and was an instructor and then CTO for Naval Nuclear Power Training Command,” he said in his statement to the outlet.

“I take great pride in the time my family and I served this country. I am also not a political person. What few campaign contributions I have made in my life were to Democrats.”

After leaving the military, Bobulinski became an institutional investor who invested “extensively around the world and on every continent,” he told the New York Post. He added that he traveled to more than 50 countries across the globe.

The veteran says he is now the CEO of Sinohawk Holdings, “which was a partnership between the Chinese … and the Biden family.”

“I was brought into the company to be the CEO by James Gilliar and Hunter Biden,” he disclosed to the newspaper.

Records from the State of Delaware show Sinohawk Holdings LLC was incorporated there on May 15, 2017.

Bobulinski announced on Wednesday, October 21, that the former vice president “was a willing and eager participant in a family scheme to make millions of dollars by partnering with a shady Chinese Communist firm,” according to the New York Post.

Statement to NY Post about Joe “Big Guy” Biden from Hunter Biden’s ex-partner Tony Bobulinski: “I don’t have a political ax to grind; I just saw behind the Biden curtain and I grew concerned with what I saw.”
Read @mgoodwin_nypost here https://t.co/KS7DSiz3Wn pic.twitter.com/61daQoLF1E

Bobulinski assured he has significant evidence to back up his claims, including documents and emails, the New York Post reported. His statement indicated that he provided this information to two Senate committees that requested it.

“I don’t have a political ax to grind; I just saw behind the Biden curtain and I grew concerned with what I saw,” Bobulinski told the Post. “The Biden family aggressively leveraged the Biden family name to make millions of dollars from foreign entities even though some were from communist controlled China.”

Newsweek reported on October 22 that the Senate Committee on Homeland Security and Government Affairs “is working to validate information being revealed by multiple sources” and has reached out to Bobulinski.

The news comes on the heels of the New York Post’s previous story claiming emails show Hunter Biden leveraged Obama-Biden administration connections to pursue “lucrative deals involving China’s largest private energy company — including one that he said would be ‘interesting for me and my family.’”