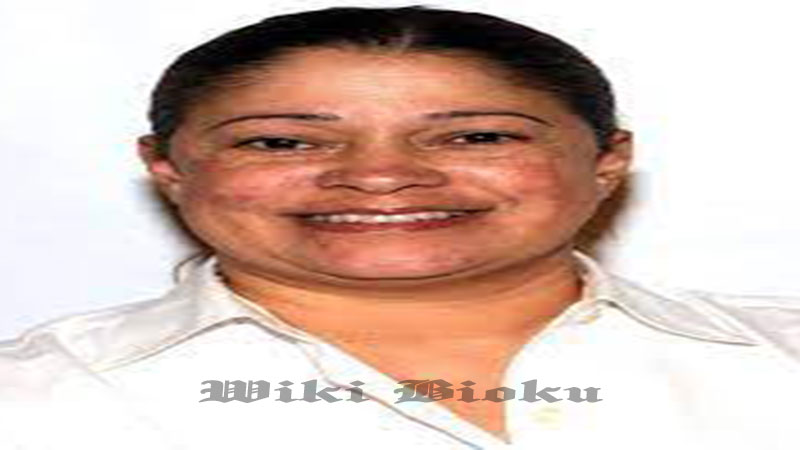 Tracey Davis, the daughter of Sammy Davis Jr. and May Britt, has died.

Davis wrote about her experiences growing up as the daughter of one of the most famous entertainers in the world in the 1996 book Sammy Davis Jr.: My Father. Davis returned to the same subject for her 2014 book, Sammy Davis Jr.: A Personal Journey With My Father. In her second book, Davis said that as a result of her father and mother’s interracial relationship, he was denied a performance at President John F. Kennedy’s inauguration, according to ABC News.

Tracey Davis has died at the age of 59-years-old.

Davis said, “I said things like, ‘Dad, I always loved you, but I didn’t like you that much. He said, ‘Well, I didn’t like you that much either.’ It turned out the air needed to be cleared.” Davis said that in her father’s final days when he could no longer speak due to his illness, the pair would often sit and hold hands inside of his Beverly Hills mansion. Davis also discussed the racial discrimination her father suffered in the military, describing it as “excruciating” and her father’s “bromance” with fellow Rat Pack member Frank Sinatra, saying that the two fell out in the 1990s when her father began using drugs. Davis also said of her parents’ marriage, “My mom loved my dad like crazy, and my dad loved my mother. My mother was so lucky because her parents didn’t care.”

Jet Magazine reported in August 1990, a few months after Sammy Davis Jr.’s May 16 death that Tracey Davis “brought a final joy” to her father by giving birth to a son in April 1990. In the article, Tracey Davis is described as the entertainer’s “devoted daughter.” Sammy Davis Jr. was first diagnosed with throat cancer in 1989.

Davis told The Los Angeles Times about her son, Sam’s, first meeting with his grandfather saying, “When I came up the stairs, he saw Sam. He was sitting up in the chair and tears — just tears.”

Deadline reported in October 2020 that Davis’ first book will be made into a movie at MGM studios. The movie will focus on the entertainer’s later career. The movie will include “impressionistic flashbacks” while “painting the picture of his rise from child prodigy to global superstar.”

Davis told Deadline that her parents “took on the world, choosing love and compassion over hatred and bigotry, and I am a product of that decision.” She went on to describe her father as “extraordinary” and a man who “fought tough battles” in the entertainment industry. Davis added, “His was not an easy road, but, like he did in all aspects of his life, he gave it everything he had. We plan to do the same with this film.”

Tracey Davis, the daughter of Sammy Davis Jr. and May Britt, died on November 2, according to her husband Guy Garner. She was 59 years old.

Garner told the Associated Press that Davis died on November 2 in Franklin, Tennessee, after suffering from an illness for a short period of time. Garner told the agency, “She loved and adored her kids more than anything. Needless to say, they are all shocked and devastated by the loss of their mother, as are Tracey’s mother, May Britt Ringquist and her brothers.”