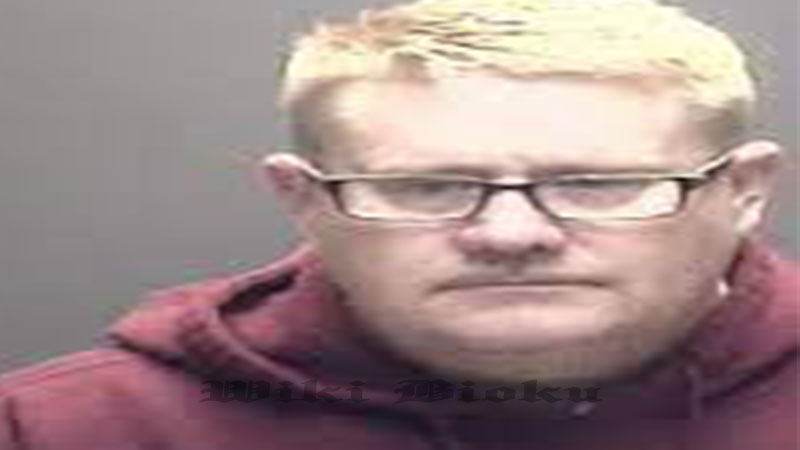 Trent Paschal is a La Marque, Texas, man who is accused in the shooting death of his 30-year-old wife, Savannah Paschal. He was later shot by a Harris County sheriff’s deputy after he fled the scene of his wife’s murder, police said.

Before he was shot, Paschal recorded a video apology to his daughter and parents, which you can watch later in this article. In it, a crying Paschal claims that he discovered his wife was cheating on him and repeatedly tries to paint himself as the victim.

Paschal made his admiration for his wife known on social media. “I have such a Beautiful Wife,” he wrote next to one photo of her.

In 2018, he wrote, “Well I’m happy savannah still has the curves since she lost all the weight . Love you Savannah.”

He also posted pictures of the children, but many of the pictures show him with his wife. He posted a quote from President Donald Trump that read, “Before we ask what is fair to illegal immigrants, we must also ask what is fair to American families, students, taxpayers, and jobseekers.”

Trent Paschal is a La Marque, Texas, man who is accused in the shooting death of his 30-year-old wife, Savannah Paschal. He was later shot by a Harris County sheriff’s deputy after he fled the scene of his wife’s murder, police said.

She was a mother of two who worked at a local funeral home, according to social media posts.

In a press release, the La Marque Police Department said that officers were dispatched to the 400 block of Hawks View Drive in reference to a shooting that occurred on October 21 around 12:13 p.m.

They found Savannah Paschal, 30, with a gunshot wound to her torso area. She was transported by ambulance, but died.
It appeared the victim arrived at a relative’s residence. “Reportedly upon the victim entering the residence, she found her estranged husband unexpectedly inside,” the police release says.

Reports indicate “the suspect then shot the victim inside of the residence and fled the scene in a grey Chevrolet Colorado” that was later recovered in Houston, the release says.

Trent Paschal was described as 48 years of age and was considered armed and dangerous.

A woman gave a very different story. Darinae Ivey wrote on Facebook that Savannah worked at a funeral home and was trying to raise money to help victims of domestic violence.

Savannah’s most recent post, from October, on Facebook, was a fundraiser for a domestic violence shelter. “At work we are partnering with Bay Area Turning Point to collect items for women & children escaping domestic violence. We are a drop off location (7 days a week 8am-5pm) or you can being them to me and I will take them to work. Now until OCT 25th!” she wrote.

“Please honor this victim of DV. She worked at a funeral home and was trying to raise money and donations for fellow surviors of DV. Her estranged husband murdered her and went on the run,” she wrote.

“Officers located him in Houston and when he was approached, he pulled out a weapon and the officer shot him, taking out the problem. But now her children are orphans. All because he couldn’t just let her go.”

She added that the group was hoping to “help keep her memory alive. Let’s honor her.”

“Deputies were helping La Marque Police apprehend a felony suspect outside the Walmart at West Road and I-45 North when a deputy shot and wounded the suspect. The suspect was taken to the hospital in unknown condition. PIO is en route and updates will be given on scene,” the Harris County Sheriff’s Department wrote on Twitter.

Galveston County Daily News reported that “as the man left the Walmart at 7:50 p.m., deputies tried to perform a traffic stop,” but Paschal is accused of pulling out a pistol so a patrol sergeant shot him.

Recorded a Video Apology to His Daughter

In a chilling video still available on YouTube, Paschal faces the camera and blames his wife for her own death.

“I’m recording this because I want my daughter to know that I love you Mackenzie Paschal. I’m so sorry that I’ve done this. I want you to know that you mean everything to me. And William I love you too. I love you so much. I love you like you’re my own. I didn’t choose this. Your mom chose this,” he says in the video.

“She’s been cheating on me for a long time. I have audio of her talking to other guys. I didn’t do nothing wrong to her. When we first got together. I told her you’re too young for me. There’s an 18 year old difference in our ages and I knew she was kind of too young, but.. she’s been playing me.”

I told her not to mess with me, not to mess with my emotions, don’t play with me. I got an audio where she was calling a guy yesterday on her way to get her eyelashes done. She said hey baby and he said hey, and I go that’s not my voice, why is she calling someone else baby, and then she started talking about a dream that she had with him about sex. I put everything into this relationship. I’ve done nothing to your mom. I’ve never hit her, I never hurt her, I never called her names. A couple times when I got really mad. I would say a bad word or something. But I’ve done everything I can. I haven’t done anything wrong. I’m like why me. My hair’s a mess, and I look horrible. Oh sorry, take these off (he took off a pair of eyeglasses). I love you Mackenzie. I love you so much. Please do something good with your life. Please do something really good. Because you deserve a good life. I don’t know what else to say. I’m so sorry I don’t have better words right now.

At that point, he stated crying, before continuing:

I’m hurting so bad. I don’t know what else to do anymore. I didn’t do anything wrong for her. I’ve provided what I could, I’ve done what I could for her. ..I’ve treated ya’ll good, and I’ve done good things for you all. I don’t know what else to say. I love you Mackenzie. I love you so much. Do something good with your life. Make me proud. Make me very proud. And mom I love you. You’ve been the angle through my whole life. You’ve always answered the phone for me. I’ve never done anything.. I’m my mind is everywhere, I can’t concentrate right now. I didn’t… anyways mom, I love you so much. You’re my angel. I love you. You mean everything for me. And dad, you’ve done everything for me too. You’ve loved me like your own.

If you only looked at Savannah’s Facebook page, you would think the marriage was happy. She posted numerous pictures showing her with Trent.

One picture contained the words forever and always. “Thanks babe I love you so much,” wrote Trent in the comment thread.

Her profile page read, “Wife. Mom. Daughter. Niece. Granddaughter. Cousin.” Another photo showed the couple with two young kids. In January, she wrote, “good things coming!” In 2019, she wrote, “realest of real chicks. so spot on with everything. doesnt bs you around.”

She posted pictures from a 10th year reunion, writing, “The past 10 years have been so good to me!!”