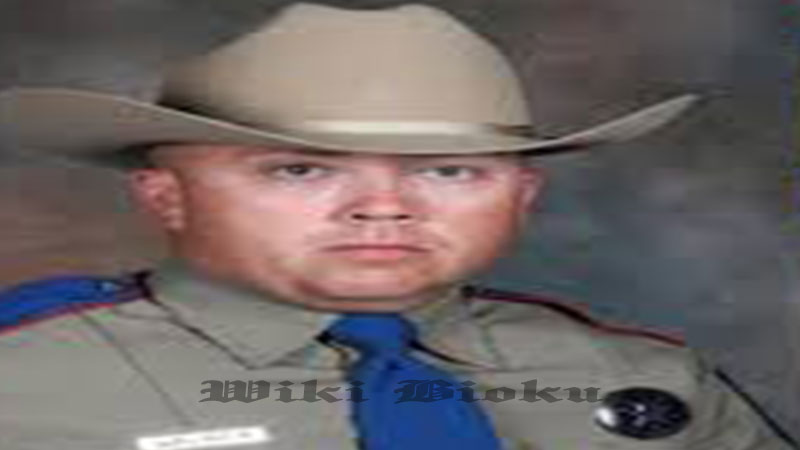 Trooper Chad Walker was a Texas state trooper is on life support and has been left with no viable brain activity after allegedly being shot multiple times by a gunman who ambushed him during a roadside stop, say authorities.

Texas Highway Patrol Trooper Chad Walker, a married father of four, responded to a call to help a disabled motorist on the side of the road in rural Limestone County near Mexia, the Texas Department of Public Safety Officers Association said in a statement.

Ambushed while trying to help what he thought was a disabled motorist, Trooper Chad Walker leaves behind a wife and four children.

A GoFundMe has been set up to help Walker’s wife and children.

Walker is still in the hospital but he “no longer displays signs of viable brain activity,” the Texas DPS said in a statement on Twitter, adding that he “remains on life-support until he can share the gift of life as an organ donor.”

After extensive life-saving efforts conducted by the @bswhealth medical professionals, it has been determined that Trooper Chad Walker no longer displays signs of viable brain activity and he remains on life-support until he can share the gift of life as an organ donor. (1/2)

Walker’s wife, their 15-year-old son, 7-year-old twin daughters, and 2-month-old baby girl were at his bedside along with a Texas Rangers chaplain, the Texas DPS said.

When Walker was fighting for his life in the hospital, Leonard described him as “a good officer,” he told Fox 44. “He has been with the department for a while, he is a strong believer in Christ and that’s what really helped him through it.”

Referring to the organ donations, the Texas DPS wrote in a tweet, “This final sacrifice embodies Trooper Walker’s actions throughout his life and service as a Texas Highway Patrol Trooper. The Walker family is grateful for the continued support and prayers as they remain at Chad’s side.”

As authorities continue to investigate, Walker’s family, friends, and colleagues are mourning his loss and offering support to his grieving family.

“We just try to help the law enforcement and their families, try to comfort them in a real-time of need,” Chaplain Ron Leonard, a volunteer with The Texas Fallen Officer Foundation, said, Fox44 News reports. “As you know this kind of trauma will affect them not months but years to come.”

“The suspect fired at Trooper Walker before he was able to stop his vehicle, striking him in the head and abdomen,” the statement says.

As Walker was pulling over, the suspect, later identified as DeArthur Pinson, Jr., allegedly “emerged from the driver’s seat of the disabled vehicle armed with a handgun and fired multiple rounds at Trooper Walker through the patrol unit’s windshield,” Todd Snyder, regional director of the state Department of Public Safety, said in a statement, ABC News reports.

The suspect was later found deceased from a self-inflicted gunshot wound in a home in Mexia, where he had barricaded himself during a standoff with authorities, the Texas Department of Public Safety said in a statement, ABC News reports.