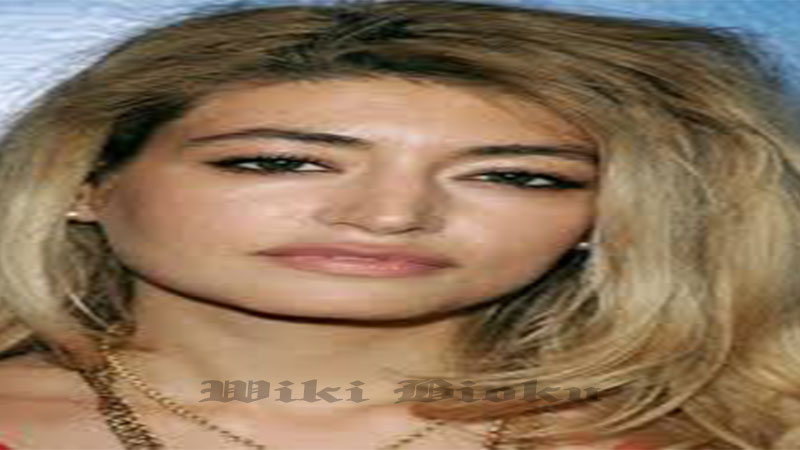 Wafah Dufour is a model, actress and member of a music trio called “Deep Tan.Dufour is the niece of 9/11 terrorist mastermind and Al-Qaeda founder, Osama bin Laden. The branch of the family to which Dufour belonged had always spelled their name differently as “bin Ladin,” according to the New York Post, but Dufour changed her last name to her mother’s maiden name.

According to GQ, Dufour, whose first name means “loyalty,” wouldn’t want to be in a long-term relationship and even told the magazine that she’s not sure women are capable of monogamy. “I think that even women can’t be faithful,” she said. “I read in a study, and I think it’s true, that after three years you’re not in love anymore—it’s more about friendship.”

In 2005, she said that if she had children, she would send them to her mother, Carmen Dufour, because, she said, “She would do a better job than me. I would never send them to my dad, though. He would f*** my kids up. I’m so lucky to have my mom.”

That’s because, according to what Carmen Dufour told GQ, she struggled under the Saudi Arabian culture and was even forced to abort one of her children. He then started having multiple affairs and denied being the father of Dufour’s youngest daughter, Noor. Even after she left for Switzerland and began dating a Dutch-Brazilian man, but she wasn’t available able to marry him because Yeslam refused to give her a divorce.

“I don’t speak to him, and that’s it. I don’t know him as a person, I don’t know how he thinks, and of course, it’s not about him—it’s about every day anybody who doesn’t have a father figure is left with a hole in their lives, you know?” Wafah Dufour told GQ. “It’s like you’re asking me about a stranger.”

According to ABC News, Dufour was born in California and moved back to Saudi Arabia at a young age with her father, Yeslam, who was Osama bin Laden’s half-brother and her Swiss mother, Carmen Dufour. Wafah Dufour attended an all-girls school and memorized the Quran as a little girl in Jeddah. However, her mother moved with her daughters to Switzerland when Dufour was 10. Dufour said, “I think that my mom was thinking ‘oh my God, I don’t want them to have to wear this. I don’t want my daughters, my three daughters to have to wear a veil.’”

ABC News reported that Dufour, the oldest, and her two sisters “grew up in an atmosphere of privilege.” According to Dufour, her father stopped giving her money was she was 18, but she’s glad that she was able to grow up outside of Saudi Arabia. “I am so lucky that my mom took us out and let us live the way we wanted to live,” Dufour told ABC News. “When I think of these women and how they cannot decide anything and how they are stuck in their homes … it’s … sad.”

Wafah’s sister, Noor, recently made headlines by endorsing Donald Trump for the 2020 presidential election, the New York Post reported. Bin Laden was killed on May 2, 2011, according to a presidential announcement.

Noor is Wafah’s sister and the youngest of Carmen’s three daughters.

Here is what she said, according to the New York Post:

I have been a supporter of President Trump since he announced he was running in the early days in 2015. I have watched from afar and I admire this man’s resolve. He must be re-elected … It’s vital for the future of not only America but Western civilization as a whole. You look at all the terrorist attacks that have happened in Europe over the past 19 years. They have completely shaken us to the core … [Radical Islam] has completely infiltrated our society. In the US it’s very worrying that the left has aligned itself completely with the people who share that ideology.

It is unclear where Wafah stands on the current election.

Dufour dropped out of law school and took up music, according to ABC News.

GQ attended one of Dufour’s singing lessons, where the instructor said, “Wafah wants a meaningful career. She could make it just on her looks, but she doesn’t want to. It’s hard, because she keeps getting distracted. She keeps getting pulled over to these events and into the studio.”

Dufour was also supposed to work with Black Lips, a group of Atlanta rockers in February of 2009, according to New Musical Express. “We’re really honored. She came to a show in New York and the came to see us in London. She’s a fan and has aspirations to be a musician,” guitarist Cole Alexander said.

According to the Times of India, Dufour also performed at the Notting Hill Arts Club – Death Disco in 2009.

Dufour told ABC News that she enjoys the music of Jennifer Lopez, Madonna and Tracy Chapman. However, she also said that she was committed to learning the craft of being a musician. “I think that in music, talent is the most, more important thing,” said Dufour. “If I don’t have talent, well, I’ll never go anywhere.”

In 2019, Dufour was seen touring with a band of two other women called “Deep Tan,” according to The Sun; they produced two singles last year, according to So Young.

In 2006, Dufour was supposed to feature in a reality TV show produced by ReganMedia about her singing career, Billboard reported.

ReganMedia released a statement to Billboard in which it said of the reality show, “Wafah is a beautiful and talented singer who — like so many twentysomethings — has a dream to make it in the music business. Her story will bridge the gap that people feel exists between the cultures she has lived in. Her history and her quest for stardom will make for a compelling television series.”

However, the show quickly ran into backlash before it even aired, with the September 11th Family Association pushing back hard.

A spokeswoman from the association said, “This is an absolute disgrace, according to the Hindustan Times. “We urge every TV network and channel planning to run this series to think again. The very idea that the family of a man with so much blood on his hands should profit from some sort of instant celebrity is an outrage.”

Depressed After the Terror Attacks

When the terror attacks took place, Dufour was still known by her last name of “bin Ladin,” lived in New York and attended Columbia Law School; she was in Switzerland visiting her mother when she heard the news. Her first emotion, she said, was shame. “I would be, like, crazy if I had to take everything personally all the time. I want to be accepted here, but I feel that everybody’s judging me and rejecting me,” she told GQ. “Come on, where’s the American spirit? Accept me. I want to be embraced because my values are like yours. And I’m here. I’m not hiding.”

For the next six months, Dufour said she was depressed and bedridden.