Who Was Walter Williams? Wiki, Biography, Age, Career, Wife, Children, Cause of Death, Net Worth 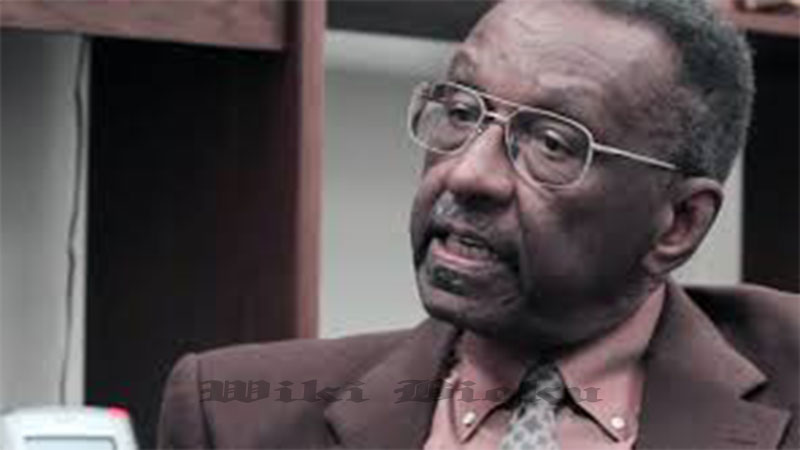 Walter Williams was an American economist, commentator, and academic, has died. He was the John M. Olin Distinguished Professor of Economics at George Mason University, as well as a syndicated columnist and author known for his classical liberal and libertarian views. His writings frequently appeared on Townhall.com, WND, and Jewish World Review.

When he began teaching at George Mason, Williams rented a cheap hotel room in Fairfax, Virginia, where he lived from Tuesdays through Thursdays around his teaching schedule. Williams was a cousin of former NBA player Julius Erving.

According to his website, Williams was born in Philadelphia, Pennsylvania. He held many degrees: “a B.A. in economics from California State University, Los Angeles, and M.A. and Ph.D. degrees in economics from UCLA. He also holds a Doctor of Humane Letters from Virginia Union University and Grove City College, Doctor of Laws from Washington and Jefferson College and Doctor Honoris Causa en Ciencias Sociales from Universidad Francisco Marroquin, in Guatemala, where he is also Professor Honorario.”

He authored more than 150 publications in various scholarly journals over his lifetime, according to the website. He wrote 10 books, including, America: A Minority Viewpoint, The State Against Blacks, All It Takes Is Guts, South Africa’s War Against Capitalism, which was later revised for South African publication, Do the Right Thing: The People’s Economist Speaks, More Liberty Means Less Government, Liberty vs. the Tyranny of Socialism, Up From The Projects: An Autobiography, Race and Economics: How Much Can Be Blamed On Discrimination? and American Contempt for Liberty.

The bio notes his many radio and television appearances and says he occasionally filled in as host on the Rush Limbaugh show. He also wrote a nationally syndicated column and was part of a documentary.

It also lists the numerous fellowships and awards he achieved over the years.

Walter Williams has died at the age of 84-years-old.

Dr. Walter E. Williams, the prominent economist and believer in capitalism, has died, and his death has launched passionate tributes from conservatives and others, who remembered him for his “ferocious” defense of free markets and “enormous influence” on liberty.

Don Boudreaux, a George Mason University economist, confirmed the news on his blog, writing, “Devastating news: Walter Williams died last night (or early this morning). Walter has been my colleague and friend for more than 35 years. He is one of my few heroes. I will write more later, but I am now in no condition to say more.”

“Walter Williams was an American hero,” the Heritage Foundation wrote on Twitter. “Born in poverty, raised by a single mother in the projects of North Philadelphia, a college drop-out, he overcame all types of adversity to become a nationally renowned professor, economist and columnist.”

According to an editorial in the Orange County Register, Williams was raised in the Richard Allen housing projects in Philadelphia but “never allowed himself to be a victim of his circumstances. Williams always believed in the value of hard work and the fundamental promise of America.”

He argued that racism was furthered by government over regulation and laws on things like business licensing and minimum age, according to the newspaper, which wrote that Williams argued those laws “systematically discriminate against the employment and advancement of people who are outsiders, latecomers and poor in resources.”

He believed in capitalism and self-ownership.

U.S. Senator Rand Paul tweeted, “I first met Walter Williams when I was 17. I’ll never forget his speech about conservation, that there is rarely a shortage of things privately owned! RIP to a brilliant and important voice for Liberty.”

“Wow, what a punch in the gut. I am told that one of my heroes, Dr. Walter Williams, passed away. Walter had an enormous influence on me, from the time I was 13-years old; he was my first guest on Life, Liberty & Levin. I’ll discuss more tonight on radio,” talk show host Mark Levin wrote on Twitter.

Texas Senator Ted Cruz wrote on Twitter, “Very sad news. Walter Williams was legendary. He was brilliant, incisive, witty, and profound. I grew up reading him, and he was a ferocious defender of free markets and a powerful explainer of the virtues of Liberty.”

Thomas Sowell wrote, “There was a time when the black conservative community would have consisted of me and Walter Williams. I know Walter used to say the two of us should never fly on the same plane otherwise the whole movement will disappear if the plane goes down.”