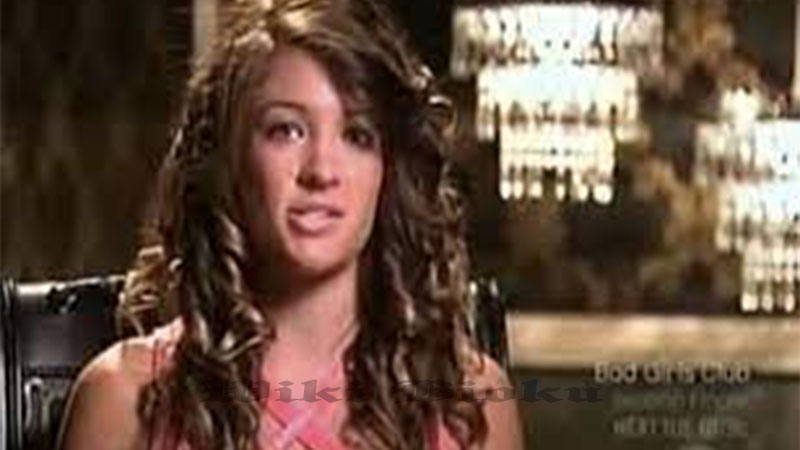 Collings appeared on season 3 of Bad Girls Club in 2008. At the time, she was a 21-year-old student studying biology and physics at Salem State University, according to a profile in the Boston Herald.

The actress went by the nickname “The Straight Shooter” during the season. But she was kicked out of the house because of a physical altercation and did not return to the show.
Season 2 Bad Girls Club star Darlen Escobar wrote on her Instagram Story, “God has gained another beautiful sweet angel,” alongside a photo of Collings.

Collings was one of the stars of season three of the Oxygen reality show Bad Girls, which followed the dramatic lives of a group of self-proclaimed ‘bad girls’ living under one roof.

Nicknamed ‘the Straight Shooter’, Collings was known for being proud of being from Boston, and regularly brought up her hometown – so much so, that the show also nicknamed her Boston. However, the then-21-year-old was removed from the house in the 12th episode after attacking one of her fellow bad girls on a trip to Cancun. At the time she shot the show in 2008, Collings was studying biology and physics at Salem State University. Since then, Collings moved to Florida and was working at an e-cigarettes wholesale company as of January 2019.

Whitney Collings has died at the age of 33-years-old.

Whitney Collings, a star of the Oxygen network’s reality show Bad Girls Club, has died at the age of 33. No cause of death has been released.

“I am completely broken and will never get over this. Life is so unfair. She was kind with a big heart,” her mother Linda Houghton Collings wrote on Facebook.

Collings died Thursday morning in a hospital near her Boston hometown.

Her death comes just months after another Bad Girls Club star, Demitra ‘Mimi’ Roche, died aged 34. Roche appeared on the eight series of the reality show in 2012, and was nicknamed the Miami Maverick.

Amber Meade, who clashed with Collings on the show, paid tribute on Instagram, writing: ‘I’m glad we were able to move past any differences we had all those years ago. My sympathies to those that knew Whitney and are feeling the loss today.