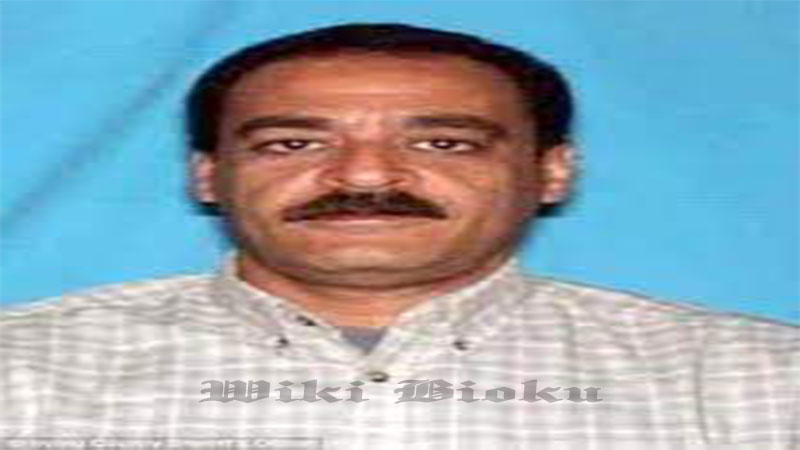 Yaser Abdel Said is an Egyptian/ American accused murderer, and a former taxi driver. Said had been evading arrest for January 1, 2008, fatal shootings of his two daughters, Amina and Sarah. The shooting victims were in his taxi cab in Irving, Texas, on the property of the Omni Mandalay Hotel (now the Omni Las Colinas Hotel).

Said remained a fugitive from law enforcement for 12 years, with 6 of those years being on the FBI Ten Most Wanted Fugitives List for the fatal shooting of his two teenage daughters. It is widely believed that Said killed his daughters as an honor killing.

Said, who was very controlling over his family, felt that his daughters Amina and Sarah dishonored the family by refusing to adhere to his perceived standards of Islam and traditional Egyptian cultural behavior. On January 1, 2008, he lured them into his taxi cab on the pretense of taking them out to eat, and it is accused, fatally shot them in the cab.

Said was captured on August 26, 2020, without incident in the town of Justin, Texas. His son Islam and brother Yassein were arrested in Euless, Texas for aiding a fugitive The FBI said Said is in federal custody and will soon be transferred to Dallas County. The Northern District of Texas will be the jurisdiction in which Said will be tried for “Unlawful Flight to Avoid Prosecution.

Said was born in Sinai, Egypt. He came to the U.S. on a student visa in 1983. Said married Patricia “Tissie” Owens in February 1987 when he was 30 and she was 15. Patricia later alleged that Said abused her during their marriage. Amina was born in 1989, and Sarah was born in 1990. The couple also had a son named Islam Said born in 1988 and Said also had a previous daughter, born in 1987, with another woman.

A warrant for Yaser Abdel Said’s arrest was issued the day after the 2008 shootings of his daughters, Sarah Yaser Said, 17, and Amina Yaser Said, 18.

The Egyptian-born suspect was placed on the FBI’s Ten Most Wanted Fugitives in 2014.

Almost seven years on, he has been taken into custody in Justin, Texas, with two relatives arrested as well.

The Egyptian-born murder suspect faces capital murder charges over claims he shot daughters Amina, 18, and Sarah, 17, dead on New Year’s Day 2008 amid allegations he’d accused them of bringing shame to his family. Said allegedly told the girls he was taking them for something to eat, then killed them as they sat in his cab. He was nabbed by the FBI without incident on Wednesday, and will now be extradited to Dallas County to face charges over his daughter’s killing. Said’s arrest sparked hopes of a resolution to one of Texas’s most notorious unsolved crimes, with Irving Police Chief Jeff Spibey refusing to comment on a motive for the killings. Spibey told NBCDFW: ‘This man a brutally murdered and shot to death his two daughters in his taxi cab. What led him to do that at this point is irrelevant.

‘The fact that he murdered his two daughters, the fact that he’s been in the run for 12 years and the fact that tonight his flight from justice ended and justice for Amina and Sarah begins, that’s what is most important to us.

The girls’ mother Patricia Owens shed some light on a possible reason for their killings. She said her fugitive ex-husband had complained of his daughters becoming ‘too westernized, adding: ‘He would say things like, “They’re becoming too American”.’ Patricia Owens says she’s delighted her ex-spouse has finally been caught, and said: ‘All I can say is there’s going to be justice.

My daughters were loving, caring, smart, loved everybody, would help anybody,” she said. “They were two of the most awesome kids in the world, and they did not deserve what happened to them Said is said to have flown into a rage and battered the teens on discovering they had boyfriends. Said was accused of sexually abusing both girls in 1998, with their mother backing their allegations up. But those accusations were later withdrawn, according to the Dallas Morning News. Chilling home video footage obtained by a TV show in 2017 is believed to show Said leering ‘Mmm, very nice,’ while filming his young daughters’ in their bedroom.

The girls’ brother Islam Said insisted afterwards Amina and Sarah’s killings had nothing to do with their dad’s Muslim faith. But he has now been arrested alongside his father amid claims Islam Said helped conceal the alleged double-murderer while he was on the run.

A murder investigation was opened on 1 January 2008 after Amina and Sarah were found shot to death.

On that day, the suspect took Amina and Sarah for a ride in his taxicab, on the pretext of taking them for a meal, the FBI alleges.

The FBI says he drove them to Irving, Texas, where he allegedly shot both girls inside the taxicab. They both died of multiple gunshot wounds.

Investigators are now determined to discover where Said has been for the last 12 years, and who else may have helped harbor him. They have yet to say how they were tipped off to Saids’ whereabouts.

Before their deaths, a family member told police the suspect had allegedly threatened “bodily harm” against Sarah for going on a date with a non-Muslim, according to CBS News.

The killing of a member of a family who is perceived to have brought dishonour upon relatives is sometimes described as an “honour killing” – but critics argue it is an inappropriate way to describe such deaths.

Irving Police Department conducted an investigation into the deaths of Amina and Sarah and, on 2 January, 2008, a capital murder multiple warrant was issued for Yaser Abdel Said’s arrest.

Since then, local detectives and the FBI “have tirelessly pursued justice for Amina and Sarah”, Irving Police Department police chief Jeff Spivey said.

On 21 August, 2008, a federal warrant for unlawful flight to avoid prosecution was issued by a district court in Texas.

FBI agents continued to pursue the suspect and, after “12 years of frustration and dead ends”, eventually captured him on Wednesday.

Mr DeSarno said his capture and arrest “bring us one step closer to justice for Amina and Sarah”.

In a statement, the girls’ family said the announcement of the suspect’s arrest had “brought tears of elation, and shouts of triumph for us last night”.

The statement said the family was “relieved to finally begin the chapter to justice” after “bright and promising lives were torn away”.