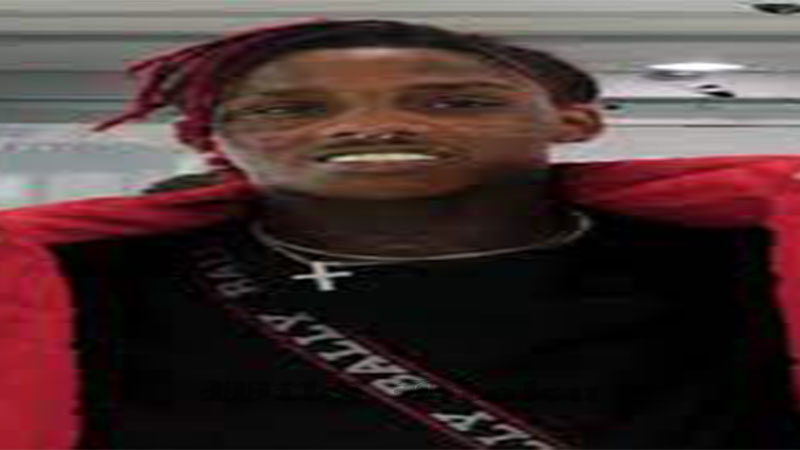 Famous Dex, whose real name is Dexter Tiewon Gore Jr, was reportedly involved in two violent altercations with his former girlfriends.
Trouble for rapper Famous Dex doesn’t seem to die down as after getting arrested by LAPD in mid-March in North Hollywood for carrying a concealed firearm, it is now being revealed that the hip-hop artist has been hit 19 charges including domestic violence and gun possession in relation to three separate incidents.

Dex debuted in 2015 with his mixtape ‘Never Seen It Coming’ and in the same year, the rapper, singer, and songwriter dropped another mixtape called ‘Dexter’s Laboratory’. In 2018, he released his album ‘Dex Meets Dexter’ which peaked at number 12 on Billboard 200. His songs namely ‘Pick It Up’ and ‘Japan’ performed well on the charts and peaked at number 54 and 28 respectively on the Billboard Hot 100.

The 27-year-old rapper, whose real name is Dexter Tiewon Gore Jr., was reportedly involved in two violent altercations with his former girlfriends.

According to TMZ, cops had responded to call back in November 2020 and had found a woman with cuts on her. Cops suspected Dex barricaded himself inside with guns after allegedly harming his former girlfriend. For this he has been charged with domestic violence, weapon possession, dissuading a victim from reporting a crime, and defacing property. The Chicago native was also involved in another case where he got involved in a physical altercation with a different woman in October 2020. For that, he has been charged with corporal injury domestic violence, threatening a domestic partner, exhibiting a firearm, inflicting bodily injury, dissuading a victim from reporting a crime, defacing property, and illegal possession of a firearm. And, for the third one, Famous Dex is facing charges for getting arrested with a loaded gun recently in addition to possession of a firearm without a serial number.

Famous Dex got in trouble when he was busted in mid-March with a loaded gun. Law enforcement sources spilled the beans to TMZ revealing the rapper was riding in the backseat of a car when LAPD pulled it over in North Hollywood for driving around without a rear license plate. Dex tried his best to dodge the situation by walking away during the traffic halt but cops detained him and searched the vehicle when they got to know that one of the passengers was on probation.

During the search, cops discovered a loaded gun under Dex’s seat. He got arrested for the same and was slapped with a $35,000 bail after getting booked on the felony charge. According to the City Attorney’s Office, the rapper might be facing 18 years of jail if he is proven guilty in all the charges. Dex was also a victim of an armed robbery earlier this month in the San Fernando Valley. The robbers were apparently took-off with thousands in cash along with a $50,000 watch.

As soon as the news of Famous Dex getting hit with 19 charges hit the Internet, social media users rushed to Twitter to speak on the same. One user made fun of the rapper and said, “Young buck at my job was telling me how he thinks Kendrick & jay z is trash…I asked him who his favorite rapper was & he told me “Famous Dex”…the conversation ended there.” Referring to all the charges Dex is facing, one asked, “How famous dex end up like this?”Another said, “I bet famous Dex wishes he did 60 days of rehab rather than 30. He’d still be in a controlled environment and not getting hit with 19 different charges.” Another added, “This guy famous dex cannot catch a break.” One concluded, “Maybe it’ll clean him up. Sad.”