Who Is Ilnaz Galyaviev? Wiki, Biography, Age, Family, Accused, Suspect, Murder of Students and Staffers at a School 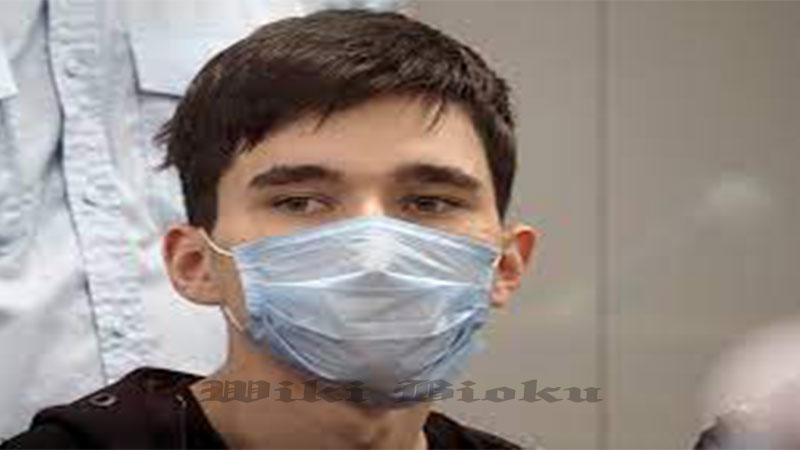 Ilnaz Galyaviev is a man accused of the mass murder of students and staffers at a school in Kazan, in Tatarstan, about 12 hours from Moscow, Russia.

“Galyaviev left the educational institution, returned home, took the weapon, and again headed down the street to the school.”

According to Tatar Inform, Ilnaz Galyaviev was born on September 11, 2001 “into an average family. His father worked as a garbage truck driver, his mother was a cashier in a bank, his older brother is a student of KFU.”

Tator Inform reported that he “bought a gun less than a month ago in the Republic of Mari El for 30 thousand rubles, having previously received permission. Galyaviev’s father claims that three years ago he underwent brain treatment.” Which kind of brain treatment was not revealed.

a video of kids hiding under desks during the kazan shooting pic.twitter.com/zWlOLqrVtH

Rustam Minnikhanov, the head of the wider Tatarstan region, said on the video, according to Reuters: “We have lost seven children – four boys and three girls. We also lost a teacher. And we lost one more female staff worker. The terrorist has been arrested. He’s a 19-year-old who was officially registered as a gun owner.” The student victims were ages 14 and 15.

This video shows the inside of the school building. “We heard the sounds of explosions at the beginning of the second lesson. All the teachers locked the children in the classrooms. The shooting was on the third floor,” said one teacher, quoted by Tatar Inform, a local news outlet, according to Reuters.

Accused Of The Murder of Students and Staffers at a School

A chilling video emerged that appears to show Galyaviev, clad all in black, walking into the school building, where officials say he shot almost 30 people. Seven students and two adults died, most from gunshot wounds but two children died from leaping out of a window to escape the gunman, according to BBC.

Local Tatar media provided a detailed timeline of the massacre, describing children hiding under desks as the gunman barged into a classroom. He is accused of writing disturbing messages on a Telegram account, calling himself “God.” Now the suspect who was himself born on a day of infamy – September 11, 2001 – is accused of being a terrorist.

According to Daily Mail, the suspect was a former student at the Kazan school. Some crime scene photos also emerged. Tatar Inform also reported that Galyaviev was “graduated from gymnasium No. 175 earlier.”

Tatar Inform has a timeline of the mass shooting. “19-year-old Kazan resident Ilnaz Galyaviev woke up in the morning and went to the gymnasium to see the lesson schedule. At about 7.45, he entered the building, and a timetable was posted to the left of the entrance. At this time, a female watchman approached him and said that he was not a student of the school and did not have the right to view the schedule of classes,” they wrote.

crime scene photos of the shooting in kazan pic.twitter.com/LcZbFciI6N

The video appears to show the gunman casually strolling with a long gun and backpack toward the school.

This morning, lone shooter opened fire in one of the schools in Kazan, Russia. 9 people were killed (eight children and a teacher), at least 32 injured.

The attacker was detained. Below a footage of him heading to the school before shooting. pic.twitter.com/esxKZY28dE

The suspect is in custody. The Tatar Inform, a local news site, said the suspect openly carried the gun and first shot at a 16-year-old girl he saw near the gymnasium but didn’t hit her. A security guard pressed a panic button and closed the door, but Galyaviev shot out the glass and entered the building, wounding the female guard, according to the local news site.

Next, the gunman shot and wounded a man, planted an explosive device near a classroom door, and then ran to the second floor and entered a classroom, the site reported. “In the classroom, the children hid under the desks, the teacher did not hide. Galyaviev started shooting at them,” Tatar Inform reported of the terrifying sequence of events.

The mass shooting occurred in Kazan, which is located in Tatarstan. The BBC named the suspect Ilnaz Galyaviev; reports of two suspects proved false.

“Some posts from ilnaz galyaviev on telegram, roughly translated to ‘today I am going to kill a huge amount of bio trash and shoot myself’ and ‘you are all f***ed,” translated one Twitter user.

some posts from ilnaz galyaviev on telegram, roughly translated to ‘today i am going to kill a huge amount of bio trash and shoot myself’ and ‘you are all fucked’ pic.twitter.com/ncOTEf2ZYF

Tatar Inform wrote that Galyaviev created the Telegram channel on May 4, 2021, called “God”, which has no subscribers. On May 6, 2021, “he published a statement on the channel that he is God. On May 11, 2021, at 8.57, he posted his masked photograph and signed it as follows: ‘Today I will kill a huge amount of bio-waste and I will shoot myself.’”

The news site reported that authorities found substances used to make explosives at his home, along with laptops.

Children Jumped From the School Building

Children jumped from the school building in a horrifying scene as the gunman rampaged through the school. BBC reported that the dead are four boys and three girls (all 8th graders), a teacher, and a school worker.

JUST IN – Mass shooting in a school in Kazan, Russia. At least 13 dead, 12 hospitalized. One suspect detained. Another one holds several people hostage.pic.twitter.com/yiGlmOXlVn

Police responded quickly and prevented even more deaths, detaining Galyaviev, according to the news site.

Daily Mail identified one of the adult victims as Elvira Ignatieva, 26, an English teacher.