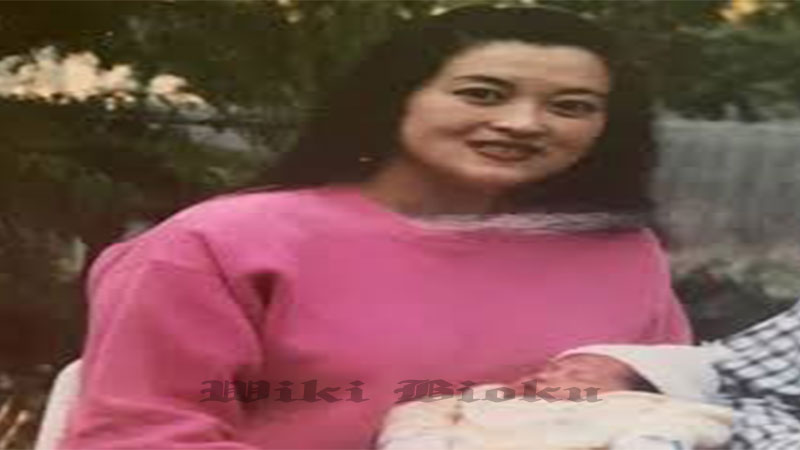 Angela Green went missing more than a year ago from Prairie Village, Kansas. However, although she was last seen on June 19, 2019, the press release from the Prairie Village Police Department states that Green was reported missing on February 18, 2020, eight months later. Many who saw the poster were confused about the long gap between those two dates.

Green’s daughter, Ellie, told Huffington Post that she believed that her mother had been hospitalized for mental health problems. Ellie, who was only 18 at the time, was staying at her boyfriend’s house and was told by her father that her mother had had a mental breakdown. A short time later, her father told her that Green had a stroke in the hospital and died. He said not to ask questions or to tell Green’s family to allow him time to grieve, Ellie told the outlet. It wasn’t until months later that Geoff Green’s story began to unravel.

Green’s niece, Michelle Guo, is running a Facebook page about her aunt’s disappearance. She told Heavy that the family really has “no idea” about what really happened but “we believe there is a very slim chance that she is still alive.” She said, “After Ellie was born, Angela dedicated her entire life to her. It’s highly unlikely that Angela would have disappeared and left Ellie or at least have not reached out to her at this point if she was still alive.”

The long gap between the time Green was last seen and when the police were informed has been difficult to manage for the authorities. B.J. Spamer, executive director of operations at the National Missing and Unidentified Persons System told Huffington Post that the first 48 to 72 hours are critical. “Law enforcement can interview witnesses while their memories are fresh and collect evidence before it is lost,” the outlet wrote.

Green is described in the Prairie Village Police Department’s press release as a 51-year-old “Asian female, 5 feet 9 inches tall, weighing 116 pounds, with brown hair and brown eyes.” It described her as a “missing and endangered person.” A subsequent press release issued in March 2020 stated that the police department served search warrants linked to Green’s disappearance, but nothing further came from those searches.

Prairie Village Police Department’s Detective Sergeant Adam Taylor told Heavy there is still an active, open case for Green’s disappearance but they have no new leads and it is “going dormant,” however they are still fact-finding as much as they can and the case will remain open until they get answers.

Taylor said they had received a lot of conflicting information about her whereabouts which is “concerning.” He added that they are continuing to investigate but they haven’t found enough to “lead us to criminal charges,” although that could change. Guo told Heavy that Green’s family is getting updates from the police department about once a month, but not much has progressed in the last months.

In regards to Green’s husband, Geoff Green, Sgt. Taylor said that he’s not considered a suspect because it’s only a missing persons’ case and the police department is simply gathering facts, but the sergeant added that Geoff Green “has not wanted to talk to us.” When Heavy spoke to Guo, she also said that the police tried to ask some questions but he refused to cooperate.

Guo added that Green’s disappearance showed that there is a racial disparity in media coverage of missing people. This notion, the “missing white woman syndrome,” was the subject of a 2016 study that found there were “race and gender disparities consistent with Missing White Woman Syndrome” and they presented themselves in two ways: disparities in getting any media coverage and disparities in coverage intensity.

Guo said, “Up until I actively reached out to hundreds of news stations, true crime shows, podcasts, and other media platforms, there was little to no coverage concerning my aunt’s case. I think her being a Chinese American woman has a lot to do with this.” She added that when police spoke to neighbors about Green’s disappearance, most of them said they thought she’d returned to China so never became suspicious.

Guo said she hasn’t seen her aunt since she was a child nearly two decades ago, but remembered her “bright personality.” She said when Green first arrived in the U.S., she stayed with Guo’s family for about 3 months before her marriage to Geoff Green. “We had sleepovers together and would wear matching clothes,” Guo recalled. “She was very fashionable, and I loved trying on her clothes and shoes even though I was drowning in them.”

“During the search of the house, Geoff was held at the police station and the police said he did not say a single word, did not ask for any water, did not ask to use the restroom,” she added. “They said it was very strange. The police have not explicitly stated whether or not Geoff was considered a suspect. I believe he hired a criminal defense lawyer to protect himself from making any sort of self-incriminating statements.” Heavy reached out to Paul Cramm, Geoff Green’s attorney, but did not receive a response.

Guo also clarified that Green did not return to China, because her mother (Green’s sister) is still in contact with their family in China. In addition, Guo said, “The Department of Homeland Security also confirmed that there is no record of her traveling, whether it be by plane, train or bus. In addition, she left her car keys, car, drivers license and passport at the house.”