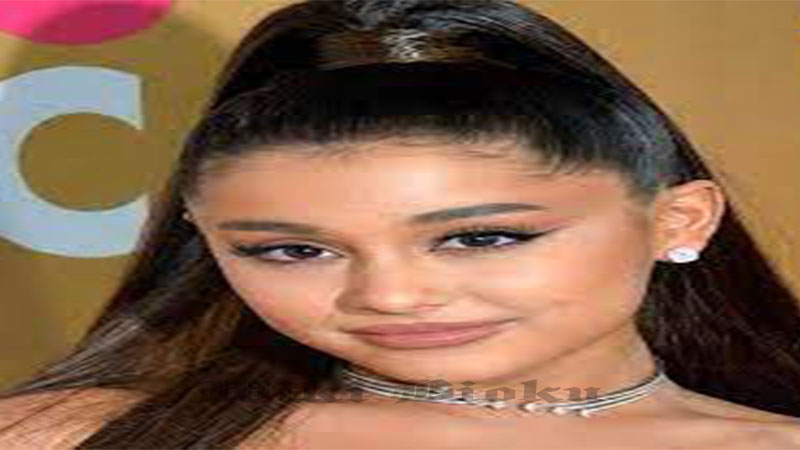 Ariana Grande is an American singer, songwriter, and actress. Born in Boca Raton, Florida, Grande began her career at age 15 in the 2008 Broadway musical 13. She rose to fame for her role as Cat Valentine in the Nickelodeon television series Victorious (2010–2013) and Sam & Cat (2013–2014). She subsequently signed with Republic Records in 2011 after the label’s executives discovered YouTube videos of her covering songs. Her 1950s doo-wop-influenced pop and R&B debut album, Yours Truly (2013), topped the US Billboard 200 chart, while its lead single, “The Way”, charted in the top ten of the US Billboard Hot 100.

Grande maintained her pop and R&B sound on her second and third studio albums, My Everything (2014), and Dangerous Woman (2016), with the former exploring EDM and producing the UK number-one singles “Problem” and “Bang Bang” and the latter becoming her first of three consecutive number-one albums in the UK. Her trap-infused fourth and fifth studio albums, Sweetener (2018) and Thank U, Next (2019), were both critical and commercial successes. The former won Grande a Grammy Award for Best Pop Vocal Album, while the latter was nominated for the Album of the Year and set a record for the largest streaming week for a pop album. The singles “Thank U, Next”, “7 Rings”, and “Break Up with Your Girlfriend, I’m Bored” made Grande the first solo artist to hold the top three spots on the Billboard Hot 100 simultaneously, the first female to succeed herself at the top of the UK Singles Chart, and the first act to chart lead singles from each of their first five studio albums in the top ten of the Billboard Hot 100. With her 2020 collaborations “Stuck with U” and “Rain on Me”, she broke the record for the most number-one debuts on the Hot 100 and became the first artist to have their first four number-one singles debut atop the US charts. Grande is expected to release her untitled sixth studio album on October 30, 2020.

Grande possesses an expansive four-octave vocal range and whistle register. She has received various accolades throughout her career, including one Grammy Award, one Brit Award, two Billboard Music Awards, three American Music Awards, nine MTV Video Music Awards, and eight Guinness World Records. All five of Grande’s full-length albums have been certified platinum by the RIAA. Having amassed billions of streams thus far, she is the most streamed female artist on Spotify and Apple Music and is currently the most followed solo female artist on Spotify, and YouTube. She has been included on Time‘s annual list of the 100 most influential people in the world (2016 and 2019) and Forbes’ list of the highest-paid women in music multiple times, while Billboard has honored her as Woman of the Year (2018) and the most accomplished female artist to debut in the 2010s. Outside of music, Grande is the most followed woman on Instagram and has used her platform to advocate for gender, racial, and LGBT equality.

Grande stated that she struggled with hypoglycemia, which she attributed to poor dietary habits. She also suffered from post-traumatic stress disorder (PTSD) and anxiety following the Manchester Arena bombing; she nearly pulled out of her performance in the 2018 broadcast A Very Wicked Halloween due to anxiety. Grande also stated she has been in therapy for over a decade, having first seen a mental health professional shortly after her parents divorced.

Grande was raised Roman Catholic but abandoned the church during the pontificate of Benedict XVI, citing opposition to its stance on homosexuality and noting that her half-brother Frankie is gay. She has followed Kabbalah teachings since the age of twelve, along with Frankie, believing “the basis lies in the idea that if you’re kind to others, good things will happen to you. Several of her songs, such as “Break Your Heart Right Back”, are supportive of LGBT rights.

Ariana Grande was born on June 26, 1993, in Boca Raton, Florida. She is the daughter of Joan Grande, the Brooklyn-born CEO of Hose-McCann Communications, a manufacturer of communications and safety equipment, and Edward Butera, a graphic design firm owner in Boca Raton. Grande is of Italian descent, and she refers to herself as an Italian American of “half Sicilian and half Abruzzese” descent. She has an older half-brother, Frankie Grande, who is an entertainer and producer, and she has a close relationship with her maternal grandmother, Marjorie Grande. Grande’s family had moved from New York to Florida before her birth, and her parents separated when she was approximately nine or ten years old.

As a child, Grande performed with the Fort Lauderdale Children’s Theater, playing her first role as the title character in their version of the musical Annie. She also performed in their musicals The Wizard of Oz and Beauty and the Beast. At the age of eight, she performed at a karaoke lounge on a cruise ship and with various orchestras such as South Florida’s Philharmonic, Florida Sunshine Pops and Symphonic Orchestras, and she made her first national television appearance singing “The Star-Spangled Banner” for the Florida Panthers. During this time she attended Florida’s Pine Crest School and later North Broward Preparatory School.

After recording “The Way” with Mac Miller in 2012, the two began dating in 2016. They collaborated on the single “My Favorite Part”, released in September 2016, on Miller’s album The Divine Feminine (2016). The relationship ended by May 2018. On September 7, 2018, Miller died due to an accidental drug overdose; Grande expressed grief over his death on social media and called him her “dearest friend.

Ariana Grande is on her way to earn the pole position on the pop charts with her latest hit.

At midnight Friday, the singer, 27, released her much-anticipated song “positions” along with the accompanying music video that was directed by Dave Meyers.

“Positions” is the first offering from Grande’s upcoming sixth studio album, which fans have dubbed “AG6” as the official title has yet to be announced. The release comes more than a year after her record-breaking fifth studio album thank u, next, which debuted in February 2019.

Grande first confirmed her upcoming music project on Oct. 7 with a tweet that read, “Turning in these mixes and reminding u again to register to vote if u haven’t already / to vote early.” Then, a week later, the pop star tweeted, “I can’t wait to give u my album this month.”

Last week, she teased the name of the song on social with a short video of her manicured hand typing the word “positions” on a green backlit keyboard and launched two announcements on her website with countdown clocks to Oct. 23 and Oct. 30.

Grande has seemingly been busy working on new music during the ongoing coronavirus pandemic.

In March, Grande shared a 45-second teaser of a song she was working on, which fans are convinced is titled “Nasty.” “I miss making things can’t wait to get back to work but for now let’s stay inside pls,” she tweeted.

And in May, “Rain on Me,” her collaboration with Lady Gaga, was released as the second single off Gaga’s Chromatica album and became Grande’s fourth No. 1 single on the Hot 100 chart in the U.S.

Grande’s album is scheduled for release on Oct. 30.