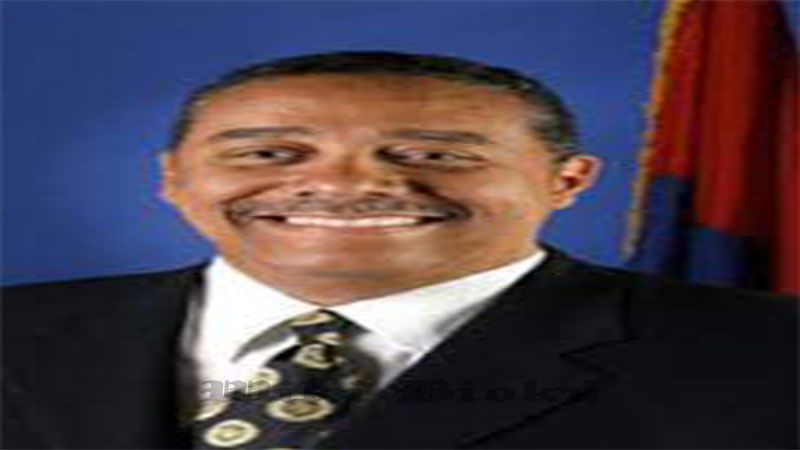 Benny Napoleon was an American attorney, law enforcement officer, and politician who served as the Sheriff of Wayne County, Michigan, has died. He was also a 2013 candidate for the office of Mayor of Detroit.

A native of Detroit, Napoleon graduated from Cass Technical High School. He earned a Bachelor’s degree from University of Detroit Mercy and Juris Doctor from the Detroit College of Law.

He was born in 1955, Napoleon attended Cass Technical High School before receiving degrees from the University of Detroit and the Detroit College of Law.

He then joined the Detroit Police Department in 1975 and began rising through the ranks.

Napoleon served as police chief from 1998 to 2001, when he retired from the department.

The Democrat became the assistant executive for Wayne County in 2004, before being appointed as county sheriff in 2009 – a position he kept after winning elections in 2012, 2016 and 2020.

Napoleon, the son of a minister, also unsuccessfully ran for Detroit mayor in 2013.

Benny Napoleon has died at the age of 65-years-old.

Napoleon entered the Detroit Police Department in 1975. He served as police chief from 1998 to 2001 under Dennis Archer. In 2004, he was made Assistant Wayne County Executive, and in 2009, he became Wayne County Sheriff.

A Democrat, Napoleon entered Detroit politics in 2013, announcing his intentions to run for mayor in the city’s non-partisan primary to replace Dave Bing, who announced he would not seek re-election after the appointment of an emergency manager for the city. During the primary campaign, he referred to himself as a “businessman with a badge. Napoleon placed second in the primary despite his most serious competition, former Wayne County Prosecutor and Detroit Medical Center CEO Mike Duggan having to run as a write-in candidate, and lost the mayoral race to Mike Duggan on November 5, 2013.

In December 2017, the Detroit Free Press obtained FBI wiretap transcripts that were unsealed in U.S. District Court. The investigation is linked to a corruption case against Gasper Fiore, the owner of Boulevard & Trumbull Towing, a large City of Detroit contractor. In December 2017, Fiore entered into a plea agreement with the U.S. Attorney’s Office, in which he agreed to plead guilty to conspiracy to commit federal program bribery.

According to court documents, the government has probable cause that Fiore and 17 other targets were involved in several crimes, including: extortion, wire fraud, bribery, and conspiracy to distribute marijuana. FBI Special Agent Robert Beeckman wrote in a wire tap request document reviewed by the Detroit News that “Evidence has been gathered showing that crimes involving corruption have been committed by some of the target subjects, including Napoleon.

Benny Napoleon, the sheriff of Wayne County in Michigan, was with family when he died at the Henry Ford Hospital on Thursday evening.

He had been hospitalized in Detroit for weeks with complications from coronavirus and was placed on a ventilator after testing positive in November.

Mike Duggan, the current mayor of the city, tweeted his disbelief at Napoleon’s death.

He wrote: “I am shocked and saddened at the loss of one of our city’s greatest public servants and native sons.”

Gretchen Whitmer, governor of Michigan, described Napoleon as a “dear friend” in a tribute.

She wrote on Twitter: “I am heartbroken at the news of my dear friend Benny’s passing.

“Sheriff Napoleon’s love for the people he served was returned many times over.

“His quick laugh, eager partnership, and candid counsel is what I will miss most. Sharon, Tiffani and his whole family are in my prayers.”