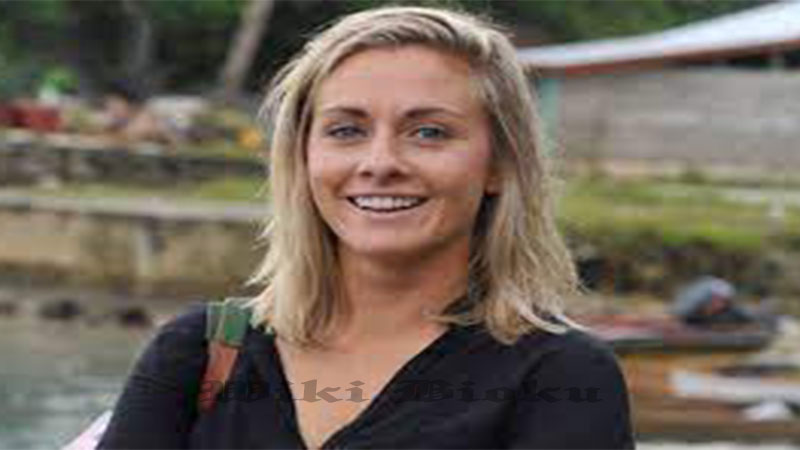 Charlotte Bellis was easily distinguishable at the August 17 press conference, considering that the Al Jazeera correspondent was the only journalist allowed to attend.

The Taliban’s first official press conference this week featured a courageous journalist who drew attention when she posed a bold question to the extremist group likely to rule the troubled country in the near future.

Charlotte Bellis could easily distinguish herself in the media scrum that appeared before the Taliban on Tuesday, August 17, considering that she was the only journalist allowed to attend the press conference. Her blonde locks were visible under her head covering as she asked a question centered on whether the new regime would respect the rights of thousands of terrified Afghan women.

Originally from New Zealand, Bellis has been the Afghanistan correspondent for Al Jazeera, a Middle Eastern news organization funded in part by the Qatari government, since 2019. The seasoned journalist was the only woman allowed to attend the first Taliban official press conference.

Bellis appeared composed and measured in the footage from the tense event as she introduced herself to Afghanistan’s new leaders before asking a rather blunt question. “I want to talk to you about women’s rights and girls’ rights, whether women will be allowed to work and whether girls will continue to go to school,” she said. “What guarantees can you give women and girls that their rights will be protected?”

In response, Taliban spokesman Zabiullah Mujahid assured reporters that the Islamic Emirate of Afghanistan would recognize women’s rights, but only under Sharia law. “Women will enjoy all their rights. Be it at work or in other activities, because women are a key part of society,” Mujahid said. “We are guaranteeing all their rights within the limits of Islam.”

The fact that Bellis was allowed to attend the press conference, much less directly question a member of the Taliban, could be interpreted as a beacon of hope for Afghan women. However, they are still considered to be among those most at risk under the new regime due to strict religious laws similar to those imposed by hardline Islamists who came to power in 1996.

According to the Daily Mail, there have been reports of women “shot dead for wearing tight clothing, escorted home from work and told not to return, and in some areas prohibited from walking the streets without a male companion.”

However, speaking to AM Radio, Bellis described the Taliban’s arrival in Kabul on Monday as “surprisingly friendly”, although she noted that they still had a target list. The journalist told the station that some of her friends had bought weapons and many more fled the country even though the Taliban promised they did not want “bloodshed.”

According to Bellis, people had to look at other regions that had been under Taliban control for some time to understand the realities on the ground. “There have been verified stories of atrocities, things like targeted killings,” she explained. “They have a target list and they kill people on it and they don’t apologize for it.”

Bellis told AM Radio that last week she learned that the name of one of her colleagues was on the target list and she told the Taliban that her death would be “unfortunate.” In response, she suggested that her colleague call a “hotline” call to secure amnesty for the extremist group.

According to Bellis, Afghan President Ashraf Ghani fled the country because “there was no chance” of US forces entering Afghanistan. However, he said the lack of foreign money would not allow the Taliban to rule the country and hold a stronghold. “They want legitimacy, that is why they did not take Kabul by force and that is why they have stopped at this point so as not to fall,” she added.