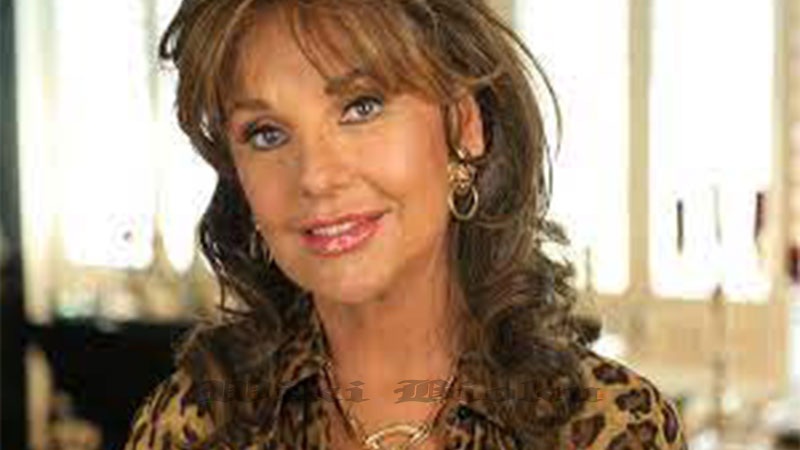 Dawn Wells was an American actress known for her role as Mary Ann Summers on the CBS sitcom Gilligan’s Island.

“There is so much more to Dawn Wells” than the character that brought her fame, Mr Boll said in a statement.

Wells represented her state of Nevada in the 1959 Miss America pageant before becoming a household name on Gilligan’s Island, which was based around three women and four men stranded on a desert island.

Wells was born to Evelyn (Steinbrenner) and Joe Wesley Wells in Reno, Nevada, where she attended Reno High School. Her father owned a local Reno shipping company called “Wells Cargo” (not the trailer manufacturer). After high school graduation, Wells attended Stephens College in Columbia, Missouri, where she majored in chemistry. She transferred to the University of Washington in Seattle, where she graduated in 1960 with a degree in theater arts and design. She was a member of the Alpha Chi Omega sorority,

Pig-tailed and attired in her ubiquitous dungarees or gingham dress, which is on display at the Hollywood Museum, the Mary Ann character was the girl-next-door to Tina Louise’s suggestive evening dress-clad Ginger, who was often subjected to leering comments from the male stars they were shipwrecked with on a tropical island after becoming stranded during a “three-hour tour.”

Louise, the last remaining member of the crew, said in a statement, “I was sad to learn of Dawn’s passing, I will always remember her kindness to me. We shared in creating a cultural landmark that has continued to bring comfort and smiles to people during this difficult time. I hope that people will remember her the way that I do – always with a smile on her face.”

She told Smashing Interviews magazine that she was happy to change her image with a role as a prostitute in “The Owl and the Pussycat” soon after the show ended, “Mary Ann was a good girl. She was polite. She was a hard worker. She would be your best friend. She cooked. She cleaned. She did all of those things, and she was a really good role model. But the first thing you want to do is break that character and go do something else,” Wells said.

Dawn Wells has died at the age of 82-years-old.

Wells is survived by her stepsister, Weslee Wells. Donations may be made to the Elephant Sanctuary, Terry Lee Wells Nevada Discovery Museum or the Shambala Preserve.

Wells represented Nevada in the 1959 Miss America pageant and appeared on several TV series before being cast in “Gilligan’s Island” in 1964. A native of Reno, Wells also appeared in “77 Sunset Strip,” “Maverick,” “Bonanza,” “The Joey Bishop Show” and “Hawaiian Eye.”

After the series ended in 1967, she returned for several TV movies and spinoff series. She served as producer on TV movies “Surviving Gilligan’s Island” and “Return to the Bat Cave” with Adam West.

She went on to appear in series including “Growing Pains,” “The Bold and the Beautiful” and “Baywatch” and voiced Gumbalina Toothington in “The Epic Tales of Captain Underpants” series.

In movies, Wells appeared in “Winterhawk,” “The Town That Dreaded Sundown,” “Super Sucker,” “The New Interns,” “It’s Our Time” and “Silent But Deadly.”

Wells had a long career onstage, appearing in the national tours of “Chapter Two” and “They’re Playing Our Song” as well as in “Fatal Attraction” with Ken Howard,” “The Odd Couple” with Marcia Wallace, “Steel Magnolias” and “The Vagina Monologues.”

Though she appeared in numerous TV shows, movies and plays, her role as Mary Ann was her most enduring, leading to gigs such as “castaway correspondent” for Australia’s Channel 9 and spokeswoman for the MeTV network. She wrote the book “A Guide to Life: What Would Mary Ann Do?” in honor of the 50th anniversary of “Gilligan’s Island.”

Her charitable efforts included working as chair of the Terry Lee Wells Foundation, focusing on women and children in Northern Nevada, and she received the Elephant Sanctuary Trumpeting Award for her work with the Elephant Sanctuary. She also ran the Film Actors Boot Camp for seven years in Idaho.

Wells married Larry Rosen, a talent agent, on October 27, 1962. The couple had no children and were divorced in 1967.