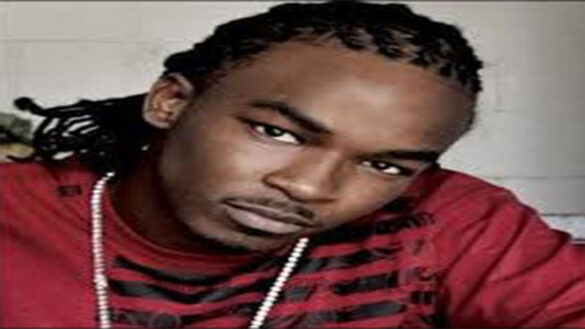 Huey, the St. Louis rapper behind the song “Pop, Lock & Drop It,” was shot dead in Kinloch, Missouri, on June 25, 2020. His real name was Lawrence Franks Jr. During his career, Huey also went by the moniker Baby Huey.

Huey is best remembered for his 2007 hit “Pop, Lock & Drop It.” He was previously signed to Jive Records. Huey is survived by his 13-year-old daughter, according to Fox St. Louis. Huey was the cousin of St. Louis activist and the subject of the movie St. Louis Superman, Bruce Franks Jr. Franks tweeted about Huey’s death.

Huey’s Spotify profile says he grew up on Arlington Avenue in the city. The bio cites Huey’s influences as fellow southern rappers, Nelly and Chingy.

Huey is survived by his 13-year-old daughter, according to Fox St. Louis. Huey was the cousin of St. Louis activist and the subject of the movie St. Louis Superman, Bruce Franks Jr. Franks tweeted about Huey’s death.

Huey’s career really took off when his older brother brought “music veteran” and the pair’s aunt Angela Richardson together with Huey. Huey was signed to Jive Records by Mickey “MeMpHiTz” Wright in 2006. Richardson was credited in a Riverfront Times article with securing her nephew a good contract with the label.

Huey’s hit song appeared on his 2007 album Notebook Paper, which peaked at No. 26 on the U.S. Billboard charts.

In July 2007, Huey was involved in a “war of words” with Nelly, according to The Riverfront Times. During that argument, Huey released a dis track titled, “Down Down Baby.” Nelly’s retaliatory song was “Cut It Out.” The beef began when Nelly refused to appear on Huey’s debut album, according to MTV.

Huey’s most recent release was his May 2014 mixtape, “Project H.” His most recent mainstream single was 2010’s “Smile & Wave.” That song appeared on Huey’s 2010 album, Redemption. The album failed to chart.

Huey, the St. Louis rapper behind the song “Pop, Lock & Drop It,” was shot dead in Kinloch, Missouri, at the age of 31 on June 25. His real name was Lawrence Franks Jr. During his career, Huey also went by the moniker Baby Huey.

Huey’s death was confirmed in a tweet from St. Louis media personality Blanco Tarantino. Tarantino tweeted, “STL native Huey, best known for his classic single ‘Pop Lock & Drop It’, was shot and killed earlier tonight and was expected to shoot a video this Saturday.”

Huey was killed on the 8100 blocks of Martin Luther King Boulevard close to Marble Avenue in Kinloch, “the oldest African-American community to be incorporated in the state of Missouri,” according to the city website. Huey was a native of Kinloch. According to a post on his Instagram page, Huey was due to record a music video on June 27.

In May 2009, Huey was left unharmed following a drive-by shooting that killed three of his friends in St. Louis, reported The Riverfront Times. The group had just come from a Yo Gotti concert when the shooting occurred. Huey told the newspaper in August 2010:

I really don’t know what happened or why it happened. We basically were at the club and had a wonderful time. No problems, no altercations, no nothing. Once we left, the shots went off at the light. We were right behind them. It was hella loud. Luckily, my car didn’t get shot.

Huey added that he did not know if he was the intended target of the shooting. The night after the attack, Huey was due to open for Nelly in St. Louis. The concert’s promoters canceled Huey’s performance over concerns that those involved in the drive-by shooting might strike again.

During the same interview, Huey told The Riverfront Times about how his tough upbringing was reflected in his music:

I always rap about my life. Whether it’s memories or things that are going on today that’s a big part of my music. That’s one of the best things I can do is tell the truth. Of course, I might lie about some things just to give the people something they want to hear, but nowadays they want to hear real life. That’s what I try to do.