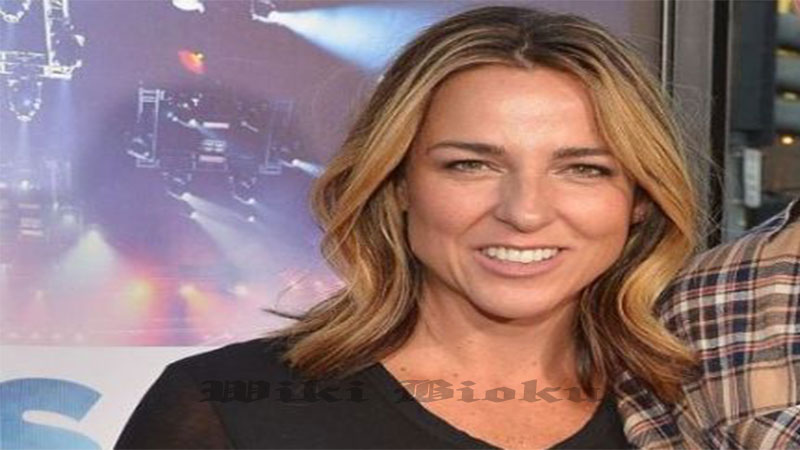 Laura Lentz is a pastor at the Australia based Hillsong Church and the wife of Pastor Carl Lentz, Justin Bieber’s spiritual advisor. Laura Lentz, is a native of Australia and married her husband in 2003. The couple has three children.

On November 4, Carl Lentz was relieved from his position as the lead pastor of Hillsong’s New York location following “ongoing discussions in relation to leadership issues and breaches of trust, plus a recent revelation of moral failures,” a statement from Hillsong Church Global Senior Pastor Brian Houston said.

The Associated Press reported in October 2017 that Carl and Laura Lentz established the U.S. wing of Hillsong in 2010. The AP report says that between 9,000 and 10,000 worshippers attend Hillsong services every week in the United States.

The statement did not comment on the status of Laura Lentz’s employment at the megachurch. Lentz was mentioned twice in the statement. In one section, Lentz is “thanked for the way they have served faithfully and sacrificially since the start of Hillsong NYC.” Houston also wrote that he and his wife have known Lentz for “her entire life.” At the time of writing, Lentz and her husband’s profiles have been deleted from Hillsong’s website. In 2015, Carl Lentz told Bleacher Report that he was friends with Brian Houston’s son, Joel.

When Lentz was asked about her views on homosexuality during a CNN interview in 2014 she said, via Christianity Today, “It’s not our place to tell anyone how they should live, it’s – that’s their journey.” In the same interview, her husband said that many gay and lesbian people attend their services.

In 2016, The Daily Beast reported that Hillsong had a history of encouraging gay conversion therapy and forbidding homosexual members from entering into leadership roles in the church.

She is married her husband in 2003, and the couple has three children. According to a cached version of Lentz’s profile page, she lived in Australia for most of her life where she graduated from Hillsong College. Around this time, Lentz met her husband and the couple moved to the United States. A section of her bio reads, “She is excited to be a part of Hillsong NYC and knows God has incredible things ahead for that city and nation.” The profile goes on to say that Lentz is “passionate” about “building the local church.” The biography also says that Lentz is passionate “about delivering the gospel in a method that makes sense to a generation that is desperately seeking a cause greater than themselves.”

The Virginian-Pilot reported in 2009 that Carl and Laura Lentz moved to Hampton Roads, Virginia, in 2005, having married in 2003. In that feature, Carl Lentz said that the couple had weekly date nights telling the newspaper, “We go to the movies. We go to random parties. We went to the Wu-Tang show.” In 2015, Carl Lentz told GQ Magazine that he was living in Virginia when he was contacted by Joel Houston about starting a Hillsong location in New York City.

In the summer of 2015, Lentz was pictured shopping in Sydney, Australia, with Justin Bieber’s now-wife, Hailey Baldwin, the Daily Mail reported at the time. The Mail article read, “It seems Hailey Baldwin and Laura Lentz have become inseparable since touching down in Sydney.”

In 2017, the Associated Press reported that Justin Bieber chose to “chill privately” with the Lentz family in Montclair, New Jersey. Carl Lentz told the agency, “We pulled it off for like two days and then the word got out and it was kind of annoying, but overall it was like a pretty special time. Yeah. Uno, card games, Bible studies and just sneaking into coffee shops in Jersey, just hanging out.” In 2018, it was widely reported that Bieber had broken away from the Lentz family.

Lentz wrote in a 2019 blog that one of her favorite biblical scriptures was Philippians 4:6. The passage reads, “Do not be anxious about anything, but in every situation, by prayer and petition, with thanksgiving, present your requests to God.”

Lentz wrote of her belief that Christians should complicate praying and should rely on the Bible. Lentz said, “But don’t you just love the Bible? It makes it so simple!” Lentz added, “Be thankful for His grace, thank Him for your husband, and for your kids.” Lentz also said that Christians should thank God for our world leaders, your home and the seasons.

Carl Lentz wrote in a September 2018 Instagram post that he dated his wife for two years prior to their marriage. Carl Lentz said that the couple made two “life-altering” moves during their time together, as well as “only one disagreement.” He added that Lentz “still has the same easy laugh, the same consistent faith, the effortless grace and same ability to keep moving forward, regardless of what current chapter our lives may be in.”

According to a previous Instagram post, Lentz and her husband celebrate their wedding anniversary on May 5. Carl Lentz wrote in a 2017 wedding anniversary tribute to his wife, “Nobody ‘falls out of love.’ They choose to stop loving, Nobody falls out of a marriage. They choose to stay in it.” Carl Lentz told Bleacher Report in 2017 that he was en route to an anniversary dinner with his wife when he stopped to counsel NBA star and devout Christian Jeremy Lin on his faith.

The most recent activity on Lentz’s Instagram page came on October 25. Lents posted a photo of the day planner book accompanied by the caption, “2020 has been quite the year… i am looking forward to adding this Planner to my daily routine!” Lentz last posted a photo with her husband on August 4.