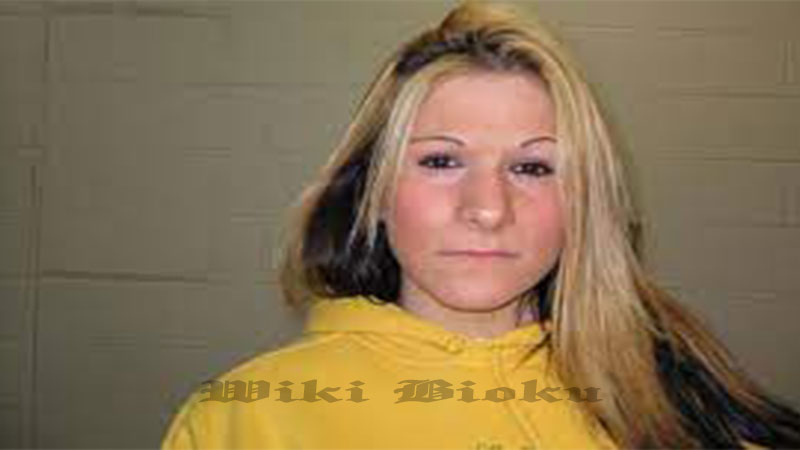 Lena Chapin, also known as Liehnia May Chapin, disappeared in 2006 in Dent County, Missouri, three years after making the shocking confession that she helped her mother, Sandra Klemp, kill her stepfather, Gary McCullough in 1999, Bustle reported.

Klemp has maintained that she did not have anything to do with McCullough and Chapin’s disappearance and according to Bustle, “never cooperated with authorities.”

Klemp is being highlighted in the episode “Missing Witness” of the Netflix series “Unsolved Mysteries.”

After Chapin’s mother, Sandra Klemp, divorced Albert McCullough in November of 1994, she married his brother Gary in 1996, according to MEAWW.

However, according to MEAWW, Klemp began seeing Kristopher ‘Kris’ Klemp when she was still with Gary McCullough; Klemp would eventually marry him. MEAWW also reported that Gary’s friend, Jeff Allen, said Sandy tried to shoot Gary with a gun and that he had allegedly become aware of his wife’s affair and wanted a divorce.

Bustle reported that Barry County Sheriff Mick Epperly said Klemp refused to allow her property to be searched or to submit to a polygraph test and would only take one if police found a body.

Klemp, who has remarried and now goes by the last name Wink, has never been charged in connection with the crime and says she is innocent.

Klemp’s two daughters, Brandi Petersen and Robin Shoemake, both believe their mother is guilty of killing McCullough and sued her and the man she eventually married in a $7 million wrongful death suit, MEAWW reported. The family said they never receive any money, Bustle reported.

According to Petersen, Klemp was a good mother during the documentary:

My mom was a good mom growing up. she was very straightlaced. Never done a drug, smoked a cigarette, alcohol, nothing. My whole life. She just wasn’t like that. She would always tell us, every single night, ‘God bless you and love you.’ Every night. That’s the mom I remember and I miss that mom so much. But… what can you do?

She used her sex appeal a lot and that’s a lot of the reason why men gravitate toward her. And she never did stay with one particular man for more than two years. And she always went after the married ones or one that had brothers.

Shoemake also said she recalled her Klemp and Kris carrying her father’s body out of the house, MEAWW reported.

That night mom told Lena to make sure that none of us came out of the bedroom. Lena had fallen asleep in front of the door. And even as young as I was, I still remember something wasn’t right. And in our room, there was a window and I see mom and Kris struggling, trying to pull something big. I mean it was Gary no doubt but he was wrapped up in something. I mean you could see the boots that he had on. It scared me.

Although Chapin had Colter when she was very young, her sister Petersen said that Chapin “loved Colter more than anything,” according to Salem News.

According to what The Cinemaholic reported, Chapin’s sisters believed that Klemp — who had six daughters in total — always wanted a son and “became extremely possessive and controlling, going as far as to making Colter call her “mom.”

Peters said that Chapin and Klemp would constantly fight over Colter, according to Salem News.

Mom would go to Country Mart (in Salem) and show him off and say he was hers, and Lena would be like, stop saying that mom, he’s mine. One time Lena and I were going to take Colter to see his father in Arkansas, and mom called us flipping out saying ‘You bring him home, you bring him home right now or I am going to kill myself.’

Chapin was 20 years old and planning to move to Arkansas with a new man in her life when on Valentine’s Day, she disappeared, Salem News reported.

MEAWW reported that Klemp told authorities Chapin left and went to Florida with a man. Klemp never reported her missing and her disappearance only became public during the wrongful death suit that Chapin’s sisters filed against Klemp, according to Salem News.

A former neighbor told Salem News, “I first heard Lena was missing when I bumped into one of her sisters in town, and she told me Lena left a month prior and never came home to get all of her things. The last time I talked with Lena was only one month before she disappeared. It was 10 years ago, so I don’t remember it that well, but we talked for a couple of hours, and she said she was saving up money and hoping to move to St. Louis.”

However, her sisters say that no matter where Chapin would have gone, she would have taken Colter with her: “There’s no way Lena would have left Colter behind,” Petersen told Salem News.

MEAWW reported that Chapin confessed to Albert in 2003, three years after McCullough went missing. According to an account that she gave Albert, “He was sitting on the couch, eating scrambled eggs. She walked out and shot him three times in the head. Two, maybe three times… and she couldn’t hack it until we got home. And she wrapped him up with plastic stuff and hay strings… she dragged him to the bedroom. She locked the door and we got home. Mom made me stay in the bedroom. She didn’t want me to see him. But I’d already seen him. ‘Cause I looked through the door. I didn’t believe it and I wanted to see.”

Chapin, then went on to describe how they pulled up carpets and bleached the floors in an effort to get rid of any evidence.

Albert recorded the then-17-year-old’s confession, and the Salem News reprinted it in an article:

She (Sandy) was crying and all she wanted to say was ‘I can’t believe this happened, I can’t believe this happened. And that’s all she’d say, the whole time when she was freaking out and telling me she was bawling and saying, ‘I can’t believe this happened.’ And I asked her, I’m like, ‘I want to see.’ I didn’t believe it. You know when you think to yourself, okay there’s a dead person in your house, you know, you’re not thinking, okay, come on now, whatever, it’s just like, I want to see. She wouldn’t let me see. She had her door locked. I said ‘I wanna see. I wanna see it right now.’ I know if I had’ a seen the whole thing, I woulda flipped out. I woulda flipped out. But there was a crack in the door and I looked and I saw it and I completely went crazy. I started spazzing out on her and I went ‘What the hell happened, what happened,’ you know.

The whole thing could make me sound like a bad person, but what was I supposed to do? I would never do it, but then I was thinking, you know, I got these sisters and if I’m gonna get caught, I better help mom with it. Now, I wouldn’t want anything bad to happen to my mom because she’s got those kids, and she takes very good care of them. But I do have a little bit against her because she doesn’t, I don’t have a mom anymore. Do you know?

In that recording, Chapin also said that she was traumatized and suffered insomnia after the event. According to Salem News, there are school records documenting that Chapin missed school May 12 and left school early on May 13, Barry County Sheriff Mick Epperly said.