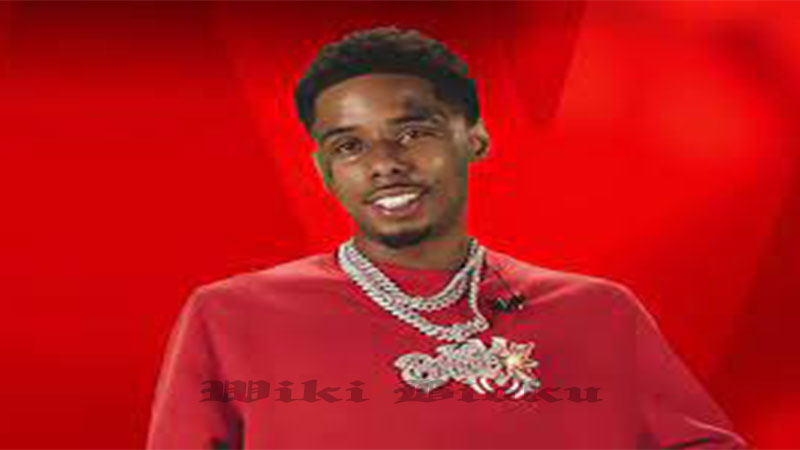 Pooh Shiesty is a rapper and his real name is Lontrell Dennell Williams, Jr. is an American rapper from Memphis, Tennessee, who has been charged and arrested. He is signed to Gucci Mane’s 1017 Records and Atlantic Records. He rose to fame in 2020 from his collaborations with the rapper and other artists within the label. He is perhaps best known for his 2020 single, “Back in Blood” (featuring rapper Lil Durk). Pooh Shiesty released his debut commercial mixtape, Shiesty Season, on February 5, 2021, which peaked at number 3 on the US Billboard 200. He received a co-sign from fellow Memphis rapper Juicy J.

Shiesty is from Memphis and grew up in the Cane Creek Apartments on the south side. He lived for two years in Pflugerville, Texas. When he returned to Memphis, he took summer school to help him graduate high school. He began focusing on music at age 18.

Rapper Pooh Shiesty turned himself in over a gunfire shooting incident that took place on May 30 (Memorial Day weekend) at a strip club in Northwest Miami-Dade. Shiesty, whose real name is Lontrell Dennell Williams, Jr., was booked with an aggravated battery charge. The cops revealed that a security guard ended up getting shot in a dispute over money. The surrender that took place on Tuesday, June 8 was arranged by his lawyers Saam Zangeneh and Bradford Cohen.

According to Miami Herald, the 21-year-old rapper shot a security guard in the leg at the King of Diamonds strip club and he was also apparently on video walking out of a show at the club with a weapon. The videos surfaced on Instagram. Pooh Shiesty is signed to Gucci Mane’s 1017 Records label and is best known for his hit single ‘Back in Blood’. He was arrested back in October in connection with a separate shooting in Bay Harbor Islands that left two men hospitalized. Speaking of arrests, rapper Bandman Kevo was recently booked with fraud charges.

According to Miami Herald, the warrant revealed that Shiesty had just finished his performance at the strip club on the 7000 block of Northwest 72nd Avenue and he was being escorted by a security guard when an unknown individual knocked money from the rapper’s back pocket. The rapper then got back on the stage after everyone scrambled to pick up the cash.

The warrant revealed that the security guard asked him to hide the firearm and tried to put his hand on Shiesty to prevent him from taking the firearm out from his waistband. The hip-hop artist then took out the gun and fired one shot toward the guard when he was being led out of the club again. The guard spilled the beans to the cops that when he saw Shiesty taking the gun out, his jumping out of the way “saved him from being shot in the torso.” The rapper later fled the club with his entourage in a Cadillac Escalade.

The Memphis rapper became a hot gossip on the Internet after someone allegedly stole $40,000 from him at a club. Many on social media also claimed that he fired a gun at the club after he lost money. The hashtag, “Pooh Shiesty robbed”, trended on Twitter as many social media users took to the micro-blogging site to talk about the same. However, the rapper soon cleared the air on the matter in an Instagram story claiming that no one robbed him. The hip hop artist, who is known for his Gangsta rap, soon took to Instagram to deny all the rumors floating around of him getting robbed of $40,000. Taking control of the narrative, he wrote to his three million Instagram followers that they were all false allegations. “False allegations, nothing has never been taken from me.”

A few social media users took to Twitter the moment his news of turning himself in hitting the Internet. One user said, “That really is weird how they started recording instead of ducking n fleeing the scene after a gunshot.” Another tweeted, “He surrendered ?? Should’ve done the race. oh well at least we know he’s a poet and not about it.” One added, “Bi**h I got my own fye. Don’t need security at the club.” That man meant every word of that s**t.” The next one shared, “I bet half these rappers are high on drugs when they name themselves Person pooh shiesty WTF.” One individual concluded, “Most of these street dudes that run around shooting security didn’t name themselves. It’s what the streets call them and there is way worse out there.”

He surrendered ?? Should’ve done the race😴 ohh well at least we know he’s a poet and not about [email protected]_shiesty