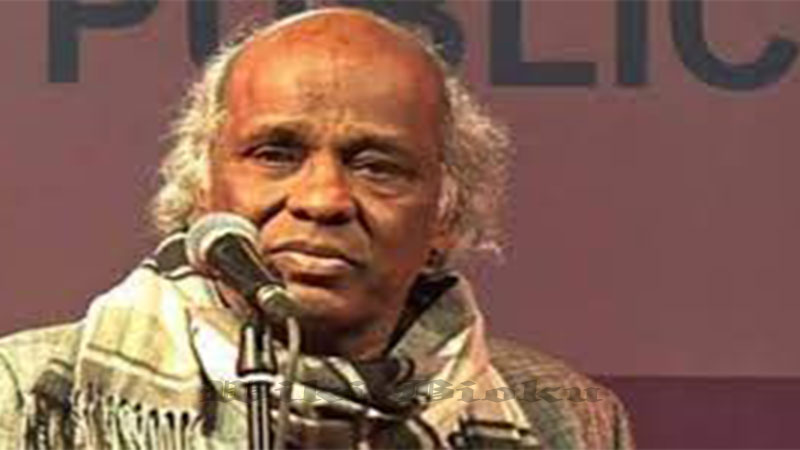 Rahat Indori was an “Indian poet, painter, Bollywood lyricist” according to his Twitter bio. Indori was an Urdu poet whose career spanned 50 years but who was also known for writing the lyrics to songs like “Neend Churai Mei” from 1997’s Ishq and “M Bole to” from 2003’s Munnabhai MBBS. One of his poems, titled “Bulati Hai Magar Jaane Ka Nahi,” had recently gone viral on TikTok and began trending earlier this year for Valentine’s Day.

The renowned Urdu poet was born Rahat Qureshi on January 1, 1950, in Indore, the fourth child of a cloth mill worker and his wife. He studied Urdu literature, obtaining first his master’s degree and then his Ph.D. in 1985. He performed his poetry internationally, traveling to poetry meets in dozens of countries.

Rahat Indori has died at the age of 70years.

Acclaimed Urdu poet Rahat Indori died on August 11 at the age of 70 at Sri Aurobindo Hospital in Indore, Madhya Pradesh, India. Indori had tested positive for the COVID-19 coronavirus and been admitted to the hospital on Sunday with “60% pneumonia,” according to Dr. Vinod Bhandari’s statement to Hindustan Times.

The doctor said that Indori’s cause of death was heart attacks, suffering two heart attacks on Tuesday. Indori had recently posted to his Twitter page, writing on August 10 that his coronavirus test was positive and asking for people’s prayers. He also asked for his supporters not to call him to ask about his health as he would keep them updated on social media.

According to the Times of India, Indori suffered from three consecutive cardiac arrests. He was stabilizing after the first heart attack when he suffered two more cardiac arrests, doctors said. Prior to being admitted to the COVID-19 care hospital Sri Aurbindo Institute of Medical Sciences, Indori had been in a local nursing home. He’d been experiencing breathlessness and lung congestion, which Bhandari said was bilateral pneumonia.

Indori had a number of pre-existing conditions including cardiac issues, diabetes, and hypertension, the doctor told the outlet. He had been placed on ventilator support prior to his death, another outlet reports.

Poets will go but their poetry will remain. That too, when it is revolutionary poetry like Indori Sahab’s. I feel blessed to have shared the stage with the legendary man himself, ephemeral moments like these are priceless & cherished for life.
May you rest in peace. 💚 #RahatIndori pic.twitter.com/O7FwiXo1jH

After news of Indori’s death broke, many people posted tributes to the late Urdu poet. Lawyer and activist Prashant Bhushan posted: “You were truly a legend Rahat Indori Ji. You will be sorely missed but your poetry is immortal. May your soul rest in peace.” One person posted: “It is not just the death of a poet. It feels like the demise of poetry.”

The head coach of the Indian national cricket team, Ravi Shastri, wrote: “One of the most loved contemporary Urdu Poet #RahatIndori Sahab has passed away today. RIP Rahat Sahab.” Author and journalist Madhavan Narayanan posted: “When the history of Indian secularism is written — any which way — #RahatIndori will be remembered. As a shining example of composite culture who stood up against the mighty with a mix of courage and humor. RIP.”