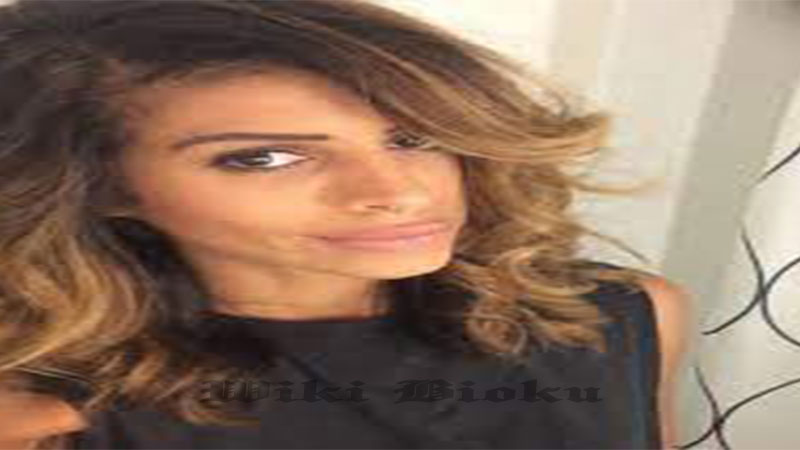 Ranin Karim is the New York City designer who claimed she had a months-long affair with celebrity pastor Carl Lentz, who was best known for preaching to stars such as Justin Bieber, Selena Gomez and Carmelo Anthony. Lentz was the leader of the New York branch of the Hillsong megachurch, which was founded in Australia.

Lentz was fired from the church after admitting he had cheated on his wife, as the Associated Press reported. In a lengthy Instagram post, Lentz described his actions as a “failure” and that he would “begin a journey of rebuilding trust” with his wife and their three children. He did not identify Karim.

Karim was born and raised in Palestine, according to her company website. After moving to New York City as an adult, she started working in the fashion industry and now has her own collection called Wahidon. Her brand includes a series of kimonos, which she sells for up to $600 apiece. She also designs rings and earring sets.

Karim described Wahidon as a collection that aims to “collide” the “carnal world and the spiritual world.” She wrote that the “brand embodies the duality of being physically present but also maintaining a sense of spirituality.”

It’s unclear when Karim first launched the company. It does not appear to be registered with the New York Secretary of State’s office, based on a search of online business records. The first photo on the Wahidson Instagram account was posted in August 2019. But she made the Wahidon logo her cover photo on her Facebook page in April 2018.

Before launching her own fashion collection, Karim worked at various luxury stores in Manhattan. According to her LinkedIn profile, she worked as a personal stylist at INTERMIX for nearly three years beginning in 2013.

According to Karim’s LinkedIn account, she started working as a sales specialist for CELINE in August 2019. Karim’s profile indicates she was still working for the retailer as of this writing.

Karim is of Palestinian and Egyptian heritage, according to her Instagram bio. She listed Tel Aviv, Israel, as her hometown on Facebook.

Before moving to the United States, Karim starred in an Israeli movie called Ajami, which was released in 2009. The film was a collaboration between Palestinian and Israeli filmmakers and was set in a suburb of Tel Aviv. Karim was credited for playing the role of a young Christian woman named Hadir, who falls in love with a Muslim man named Omar. In the film, the characters have to keep their romance a secret due to their conflicting faiths.

None of the people who appeared in the film were professional actors. In a review of the film, Variety wrote that the improv-nature of the performances gave the movie a “sense of spontaneity and reality that’s enhanced by handheld lensing.” Amaji received a special distinction award at the Cannes Film Festival, the University of Pennsylvania reported. According to the New York Times, Ajami was also nominated for an Academy Award for best foreign-language film.

Karim’s Facebook page does not include a lot of personal information but she “liked” the movie back in 2011. and shared a link to a Rotten Tomatoes review. According to an IMDB profile, Ajami is the only acting project Karim has participated in.

Lentz was fired from the church after admitting he had cheated on his wife, as the Associated Press reported. In a lengthy Instagram post, Lentz described his actions as a “failure” and that he would “begin a journey of rebuilding trust” with his wife and their three children. He did not identify Karim.

But Karim decided to step forward and share her side of the story. She told The Sun that she wanted it known that she and Lentz had fallen in love and that it had not been a casual relationship. Karim added that she repeatedly tried to break up with Lentz after learning he was married, but claimed he continued to pursue her and win her back. Karim told the New York Post she and Lentz officially ended things on November 5, the day he revealed his infidelity to the world.

Karim met Lentz at Domino Park in Williamsburg, Brooklyn, in May 2020. Karim explained to the New York Post that she was looking for somewhere to sit down with her dog when Lentz offered her his spot. (The park has designated circles marked where visitors can linger while maintaining social distancing, CNN reported).

It’s unclear at what point Karim learned Lentz had a wife. She told the New York Post that when she saw him again at the park the following day, she asked him directly whether he was married and he admitted he had been married for 17 years. But Karim told The Sun that she asked about his marital status after they had already been on a few dates.

Karim told the New York Post that she only learned Lentz’s true identity as a pastor after she ran a background check using his phone number. She said she realized she had been to Hillsong several years earlier. Her ex-husband brought her to the Manhattan church and she had seen Lentz preach.

Karim told The Sun and the New York Post that she and Lentz continued to see each other over the next several months. She described evenings where they would drink tequila at her home and that Lentz would admit feeling guilty about cheating on his wife.

Karim claimed she tried to end the relationship multiple times but insisted that Lentz continued to pursue her. She explained to The Sun, “Every time he messaged or called me and I didn’t answer, he would send even more messages and he would go crazy.”

EXCLUSIVE: Celebrity pastor Carl Lentz’s alleged mistress tells all: ‘I was a drug to him’ https://t.co/7Mn8SxlYoN pic.twitter.com/RSfi0BlwKN

But Karim also bashed Lentz as a “professional narcissist” who frequently lied in the interview with the New York Post. Karim told the outlet she wondered whether the restraints imposed by the coronavirus pandemic had fueled the relationship. “He hadn’t been doing anything for so many months, he hadn’t been onstage, what else was going on in his life? He needed to do something that would excite him.”