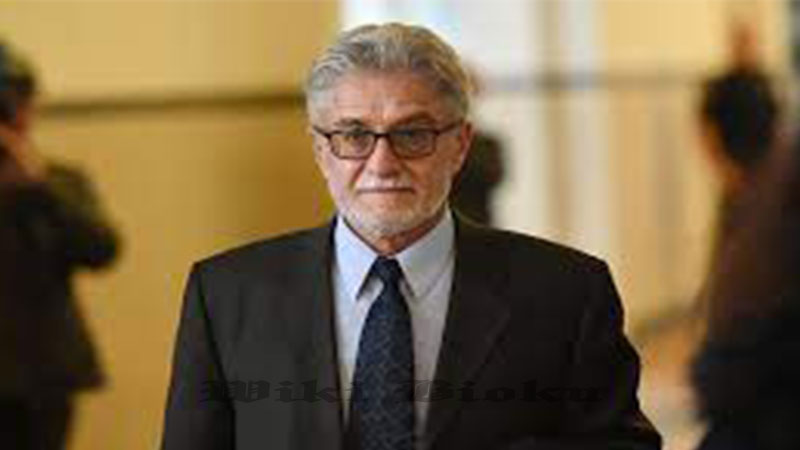 Robert Neulander was charged with the murder of his wife, Leslie Neulander, 21 months after her death on September 17, 2012. The well-known Syracuse-area obstetrician-gynecologist told authorities that he found his wife in the bathroom where she’d slipped in the shower and hit her head, and he carried her to the bedroom to perform CPR, CBS News reported.

Robert Neulander was charged with the murder of his wife, Leslie Neulander, 21 months after her death on September 17, 2012. The well-known Syracuse-area obstetrician-gynecologist told authorities that he found his wife in the bathroom where she’d slipped in the shower and hit her head, and he carried her to the bedroom to perform CPR, CBS News reported.

On the other hand, the District Attorney for Onondaga County, William Fitzpatrick, said that Leslie Neulander suffered injuries to her face and head that were not consistent with a fall and were likely caused by Robert Neulander slamming her head into the bench, as per CBS News.

There have been many developments in the case since Neulander’s arrest: he was tried and found guilty by a jury of second-degree murder and tampering with evidence, his attorneys appealed the case due to misconduct from a juror and his guilty verdict was eventually overturned for a new trial. Following these developments, where is Neulander today? Is he in prison?

Although Neulander was convicted of the second-degree murder of his wife and sentenced to 20 years to life in prison in 2015, the verdict was appealed and eventually overturned in 2018. The state of New York’s court of appeals affirmed the decision to overturn the guilty verdict in October 2019 and a new trial was ordered.

The state of New York’s court of appeals’ decision confirmed that a juror in the initial trial, juror 12, was guilty of misconduct and Neulander is “entitled to a new trial.” That juror, identified as Johnna Lorraine, was found to have sent and received hundreds of messages about the case despite clear instructions from the court. She also visited media websites that were writing about the trial.

Robert Neulander: “I have been tried and wrongly convicted.” pic.twitter.com/rU7NYtOUKm

The court’s opinion stated that: “The cumulative effect of Juror 12’s extreme deception and dishonesty compels us to conclude that her ‘improper conduct . . . may have affected a substantial right of defendant.’” It also cited the appellate court’s decision to overturn the verdict, which stated that “every defendant has a right to be tried by jurors who follow the court’s instructions, do not lie in sworn affidavits about their misconduct during the trial, and do not make substantial efforts to conceal and erase their misconduct when the court conducts an inquiry with respect thereto.”

Neulander has been out of prison since June 2018 on $1 million bail, when his original murder conviction was overturned. When he left jail, he told reporters: “I just want to be with my family. Please just give us some time. I would appreciate it,” according to CNY Central. Neulander surrendered his license to practice medicine after the conviction, The New York Times reported.

Robert Neulander walks out of jail after spending 3 years in prison for wife’s death https://t.co/L3HUzvGtt4 pic.twitter.com/5WfVEdb2TZ

His original retrial was scheduled for June 2020 but it was delayed first until October 2020 and then again until February 2021 due to the coronavirus pandemic, CNY Central reported.

The District Attorney, Fitzpatrick, confirmed to Heavy that the trial has been rescheduled once again, this time for October 2021. In a statement explaining the decision to postpone it from February 2021, Fitzpatrick told Heavy: “Many witnesses would have to quarantine if the case were held in February and a great number of incarcerated defendants have murder trials that take priority over Dr. Neulander.”