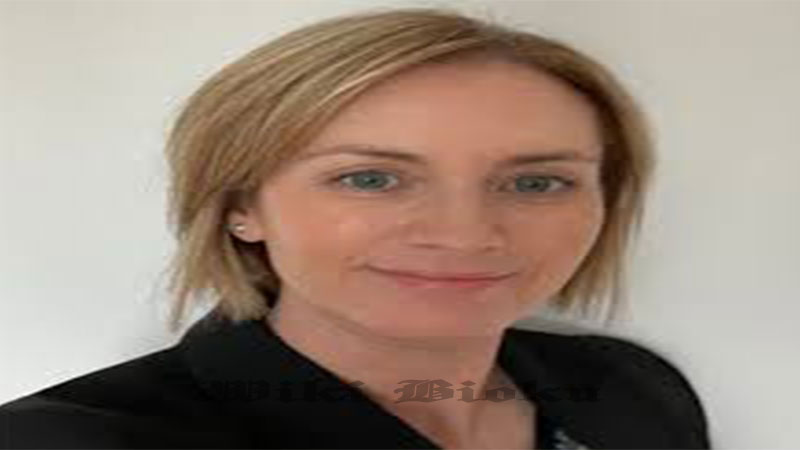 Sarah Jayne Rook, repeatedly called Mr. Peterson’s wife Atsuko Moehrle a ‘Hiroshima b***h’ when she refused to open the door to her at the couple’s north London home on 18 February.

He is currently best known for his BBC Radio 6 weekend slots covering a wide range of genres, including soul, hip-hop, house, Afro, Latin, and jazz.

A stalker who bombarded BBC DJ Gilles Peterson with death threats and racially abused his Japanese wife before scaling scaffolding at his house was jailed for 26 weeks.
Rook screamed ‘You will die’ at Mr. Peterson, 55, as he left BBC Broadcasting House in Portland Place, central London on 21 March.

Last month the French DJ told the court of his ‘very traumatic experience’ as he was bombarded with death threats.

He said he was in the middle of a live set at the Radio 6 studio when he spotted a tweet branding him a ‘fraud’ and a ‘contrived c**t’ and another threatening him with death.

‘I saw a tweet (during the broadcast) saying ‘F***ing kill him.’

‘The other said: ‘You sound like a contrived c***t right now, literally you are a fraud.”

Mr. Peterson said the stalking continued on 16 March when Rook began knocking on the window of his home before alighting the house by jumping onto building work outside.

He said: ‘She was banging on my window trying to get my attention and then we were having building work done on the house and she climbed the scaffolding and sat at the top until police arrived.

‘I knew it was a very traumatic experience for all of us. I was worried about the situation itself because it was escalating.’

Rook, who described herself as a freelance journalist and photographer, did not give evidence saying it would be a ‘waste of an exercise’.

But she provided a written statement to the court in which she said she was conducting a ‘freelance investigation’ into the history of a jazz club owner linked to author John Steinbeck.

Rook’s statement referenced the novel ‘To Kill a Mockingbird’ where the protagonist attempts to prove the innocence of a black man wrongly accused of raping a white woman in 1930.

She also claimed she had worked with ‘very high profile journalists who have links to Russians and Germans’ and was receiving death threats.’

District Judge Louisa Cieciora told Rook: ‘This was an extremely serious offense. It took place over a prolonged period intended to cause maximum distress and very serious distress was caused to the victims.

‘It took place over two months, it was in the presence of family members. You targeted multiple locations so the victims had nowhere they could go without fear of you being there.

‘You pretended to be a charity worker.

‘You shouted abuse outside their homes, you left items on their home, you sent tweets. This had a significant impact on the victims to the extent they are in significant distress. I also note one of the instances took place when you were on court bail.

Rook in the Jail

‘In respect of the offense of stalking it is so serious it warrants a custodial sentence. That sentence will be one of 22 weeks imprisonment.

‘For the racially aggravated matter against a serving police officer, I would have fined you £200 had it been mere abuse, in light of the fact its racially aggravated and there were extremely derogatory terms used I’m going to find you £400 for that.

‘The total you will spend in prison is 26 weeks with the time you have already served going towards that.’

Earlier prosecutor Varinder Hayre tried to read the facts of the case only for Rook to interrupt her 23 times.

The judge eventually removed Rook from the court before inviting her back to hear her sentence.

When Ms. Hayre read a statement detailing the emotional impact of her racial slurs on PC Karling Richards, Rook interjected: ‘I don’t know why she would be offended by being called Winnie Mandela she was a pretty inspirational woman, was she not?’

Rook interrupted: ‘Can I go out while she goes through this evidence, it’s rather upsetting.

‘This is untrue by the way.’

When the judge invited her back into court to offer her mitigation Rook said: ‘I think enough has been said by all parties, to be honest.’

Earlier this week Rook had been segregated from other prisoners at HMP Bronzefield over fears she might ‘go ape’ if put in a room with other inmates.

Rook, of Surbiton, was convicted of stalking, harassment, and two counts of racially aggravated harassment.

She was sentenced to a total of 26 weeks imprisonment, ordered to pay £200 to PC Richards, and a contribution towards costs of £300 and handed an indefinite restraining order against Gilles Peterson, Atsuko Moehrle, and their immediate family. She was also banned from entering Broadcasting House.