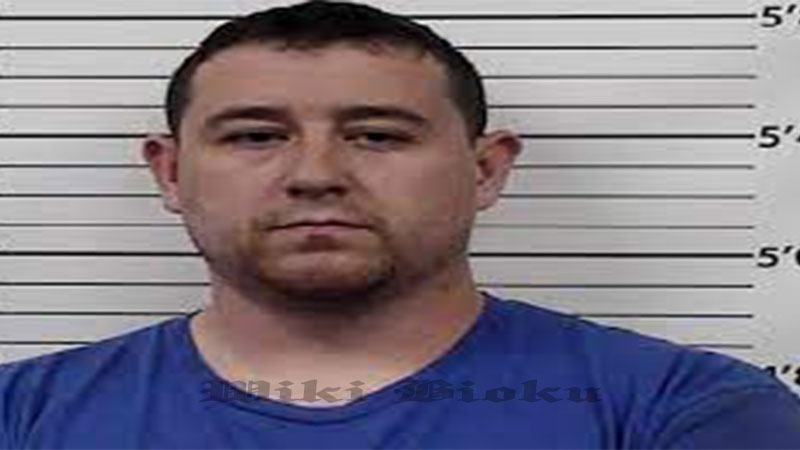 Steven Ray Baca, a former City Council candidate and son of a sheriff, was identified as the man accused of shooting another man at an Albuquerque, New Mexico, protests over a statue of a Conquistador.

The complaint says cell phone footage shows that Steven Baca Jr. was at the scene “in what appears to be a manner in which to protect the statue from protesters.” He was also recorded “interacting with the crowd.”

Later on, an undercover police detective “observed several members from what appeared to be the main protesting group pursuing Steven on foot while he backed away from them, utilizing pepper spray to douse the oncoming crowd.”

The complaint describes the shooting

A second male is observed holding the end of the longboard with two hands and swinging it toward the area of Steven’s head and upper body. At this time, a series of gunshots are heard, and the longboard is dropped to the ground. Steven is recorded as holding a black-colored semi-automatic handgun and firing several shots. The male dressed in black…who had struck Steven with the longboard suffered multiple gunshot wounds to his torso and was immediately rendered aid by other bystanders in the crowd.

The complaint says that “after discharging the weapon,” Baca was seen “manipulating the firearm before placing it on the ground.”

The complaint also describes how members of the crowd physically struck Baca before the shooting.

Steven continued to retreat away from the crowd while walking quickly backward and holding up his hand with his palm toward the crowd as if to separate himself from it. The group appeared to maliciously pursue Steven, with several of the crowd’s individuals physically striking Steven’s body with their hands and legs. Steven was struck by a male individual with what appears to be green in a color longboard.

Albuquerque Police confirmed that a man was shot at the protest in Albuquerque, writing on Twitter, “PD is investigating a shooting that just occurred at Mountain/Rio Grande. The shooting occurred during a protest event. One male subject was shot and has been transported. Officers are securing the scene. The public should avoid the area. This scene remains active and under investigation. We will provide updates when they are available.”

The injured man was in critical but stable condition. Some news sites erroneously gave the arrested man’s name as Stephen Baca.

“We are receiving reports about vigilante groups possibly instigating this violence,” Albuquerque Police Chief Michael Geier said in a statement. “If this is true will be holding them accountable to the fullest extent of the law, including federal hate group designation and prosecution.”

One dramatic video shows a scuffle between Baca and other people before gunshots break out.

Members of the guard were trying to protect a statute from the crowd, which was intent on pulling down the statue. Eventually, the armed guard members stepped down from the statue. One video shows that some people began chasing after another man in a blue shirt who had been milling around in the crowd. “Go home,” and “get out of here,” and “instigator,” people shout on the video right before the shooting. One person hit the man with a skateboard. The man in the blue shirt doesn’t appear standing on the statue with the group of militia members, at least not in the videos circulating on social media. Rather, he’s milling around the crowd.

Watch a lengthy video from the scene here on Instagram.

Baca is accused of having “knowingly and intentionally discharged the firearm at the victim during the protest regarding the attempted removal of the Don Juan de Onate statue,” according to KRQE.

Steven Baca is a “2019 City Council candidate,” and son of a former sheriff’s official, according to KUNM.org and the Albuquerque Journal.

According to Eastern New Mexico News, the New Mexico Civil Guard has the mission of “Defend citizens and their private property.” It’s a civilian group.

Man in blue shirt is who protestors claim fired the gun. pic.twitter.com/L7APCwNi9p