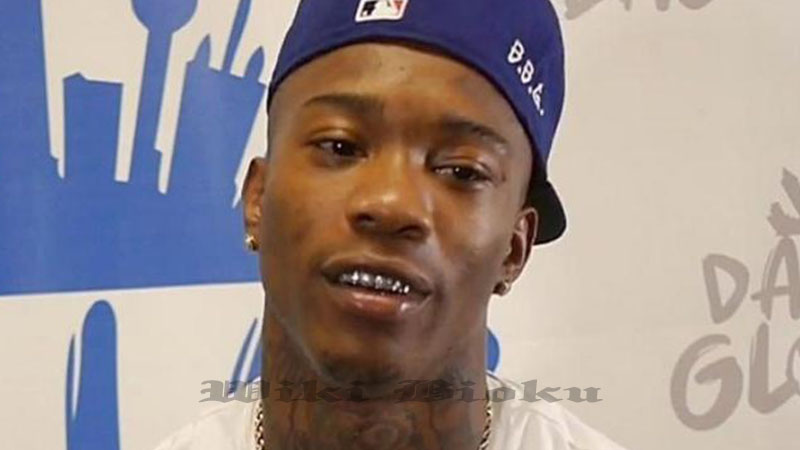 Blue Benji Kobe, The rising rapper Blue Benji Kobe has died in Shreveport, Louisiana, according to reports from fellow rappers and local journalists.

Blue Benji Kobe has died at the age of 24-years-old.

The rising rapper Blue Benji Kobe has died in Shreveport, Louisiana, according to reports from fellow rappers and local journalists.

Shreveport, Louisiana, reporter Timmy Lane wrote on Twitter on December 6, “BREAKING NEWS: SHREVEPORT RAPPER FATALLY SHOT
24 year-old Jacoby Kentae Ware (Bluebenjikobe), was shot several times at around 2p.m. in the 7000 block of Pines Road. He was transported to Ochsner Health hospital where he succumbed to his wounds at 2:52p.m. #STOPKILLING.”

BREAKING NEWS: SHREVEPORT RAPPER FATALLY SHOT
24 year-old Jacoby Kentae Ware (Bluebenjikobe), was shot several times at around 2p.m. in the 7000 block of Pines Road. He was transported to Ochsner Health hospital where he succumbed to his wounds at 2:52p.m. #STOPKILLING pic.twitter.com/n3nMIhArnd

KSLA-TV journalist Doug Warner gave a similar report on Facebook, writing, “2ND SHOOTING VICTIM DIES: 24-year-old Jacoby Kentae Ware has died after he and another person were shot in a hail of bullets in broad daylight at Pines & West 70th. This is the second person shot to death in Shreveport today. The second victim was rushed to the hospital with life-threatening injuries. On Sunday alone in Shreveport, there were 3 shootings, 6 people shot, and 2 killed.” The identity of the second victim was not clear.

Police have said the shooting is under investigation and haven’t released any information on suspects.

DAMN BRO!!!!! 💔💔
LESS THAN 2 WEEKS AGO WE WENT TO NYC TO SIGN YOUR FIRST MAJOR LABEL RECORD DEAL, WHEN WE LEFT THE OFFICE I TOLD U WHEN U GET BACK HOME BE CAREFUL BECAUSE U AT THAT POINT IN YOUR CAREER WHEN BULLSH** ALWAYS SEEM TO HAPPEN RIGHT WHEN U ABOUT TO TAKEOFF SO LAY LOW AND BE CAREFUL IT’S BOUT TO BE UP……NOW TODAY HAPPENED! F***!!!!

I WANNA THANK @hovain and @jonnyshipes OF CINEMATIC MUSIC GROUP FOR BELIEVING IN U AND GIVING US THE OPPORTUNITY TO DO WHAT U ALWAYS WANTED TO DO AND THAT WAS SHOW YOUR TALENT TO THE WORLD! BIG SHOUTOUT ALSO TO MY FAMILY AT @sonymusic @the_orchard_ WHO ALSO HAD A RECORD DEAL OFFER IN FOR KOBE….THIS ONE HERE GOT ME F***** UP!!! I’M HAPPY TO HAVE SPENT THOSE FEW DAYS WITH U IN NEW YORK WIT @bigfellazilofficial , WE CHOPPED IT UP ALL DAY AND NIGHT ABOUT HOW WE WAS ABOUT TO KILL THE INDUSTRY AND TRUST ME BRAH WE WERE ABOUT TO DO IT!! YO GRIND HAD FINALLY PAID OFF!!! I CAN’T BELIEVE THIS SH**! MY CONDOLENCES TO YOUR FAMILY AND YOUR KIDS LIL BRO..💔💔 I WISH THIS WAS A DREAM! REST EASY MY (N word)! U MADE IT!! #forever 💙.”

Blue Benji Kobe’s last post on Instagram came on December 6, when he wrote, “If You Ain’t Blue You Thru 💙 Tell Dem (N word) Stop Looking For Me Momma They Only Gone See Me On Da Tv 🎥📺.” The picture showed him holding large bundles of cash.

He didn’t have comments enabled on the post. We wrote to his LLC’s email address seeking comment. Blue Benji Kobe’s talen was just rising; he had 34,000 followers on Instagram. We’ve also reached out to Shreveport police for more details.