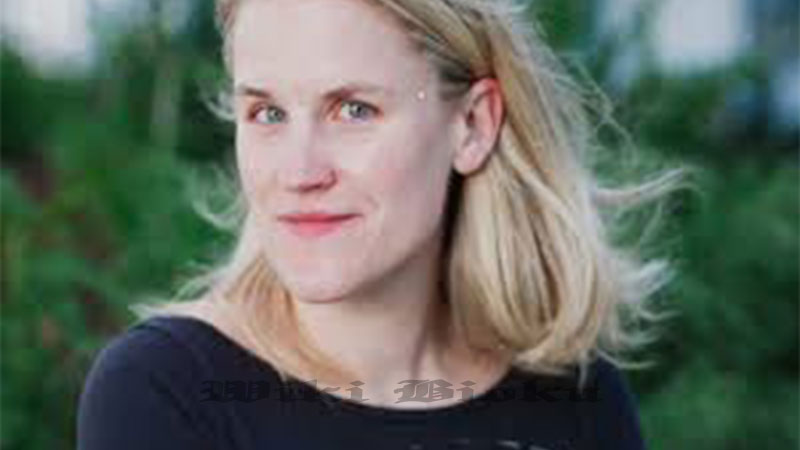 Frances Haugen is a former Facebook employee who disclosed herself as the whistleblower who provided private investigative documents to The Wall Street Journal for their Facebook Archives project. Haugen was a product manager at Facebook until May 2021 and has worked for several major techs and social media companies during her 15-year career. Haugen revealed her identity during an interview with CBS’s 60 Minutes on Sunday, October 3, 2021.

Haugen was born and raised in Iowa City, Iowa, as the daughter of two teachers, according to her website. She said on the website that she “grew up attending the Iowa caucuses with her parents, instilling a strong sense of pride in democracy and responsibility for civic participation.”

After graduating from Olin College, Haugen attended Harvard Business School, where she graduated in 2011 with an MBA in general management. On her website, Haugen says: “Frances Haugen is an advocate for public oversight of social media. We can have social networks that we enjoy and that bring out the best in humanity. ”

Worked as a Product Manager

Haugen’s first job after college was at Google as an associate product manager. She said on LinkedIn that she worked at Google Books and Google AdWords. Subsequently, he worked as a product manager at Google from 2008 to 2009, designing Google’s first mobile book reading experience/app and discovering and developing a book search algorithm and a system to create covers for 300,000 books from the public domain. According to her LinkedIn she:

Launched Google Books’ first API and guided/worked with multiple integration partners around the world. In two weeks was able to convince enough library catalog providers to integrate that we touched over half the library catalog views in the world. Designed and launched Google Books’ first social iGoogle gadget. The primary point of contact for identifying and analyzing mass downloaders of books using logs data.

She left Google briefly in 2011 and then went back to being a software engineer and product manager, working on the Company Knowledge Graph from 2012 to 2014. She was then a product manager at Yelp from 2015 to 2016, building their quality team. photographic. Before moving to Facebook in 2019, Haugen worked at Pinterest as a product manager from 2016 to 2018.

Wired wrote in 2015 that Haugen was “part of the first wave of people to use Google in 1996. His mother, a faculty member at the University of Iowa, showed him the search engine, which was still a research project at Stanford University. Haugen was impressed by what Larry Page and Sergey Brin built. “The idea that you could actually look inside a giant mountain of data was amazing,” she says. Haugen has been obsessed with search technology ever since. ”

During her career in the tech world, Haugen also co-founded the dating app company Hinge, according to her LinkedIn profile. She was the company’s technical co-founder in February 2011 and served as the technical director until August 2011. She also said that she co-founded Secret Agent Cupid in 2010, which was a forerunner to Hinge.

Haugen has also been a Black Rock Ranger at the Burning Man festival since August 2015, according to her LinkedIn profile hers. While in college, she volunteered as an assistant debate coach at Needham High School in Massachusetts. She wrote on LinkedIn that she, “Taught communication and life skills to high school students. She provided background in history and philosophy and helped students develop arguments and responses to opponents’ positions. Edited student cases “.

On his AngelList page, Haugen wrote: “I have designed and launched several products at Google with large cross-functional teams. I excel at finding patterns in large ambiguous data sets and translating them into intuitive and resonant user functions. I am patient and persistent and believe that empathy is a key trait in almost every job. ”

On Twitter, Haugen wrote: “I think we can do better. Together we can create social networks that bring out the best in us. We solve problems together, we don’t solve them alone. “Jeff Horwitz, the lead reporter for The Wall Street Journal’s Facebook Archives series, tweeted:” Meet @franceshaugen_, who I’ve been calling “Sean” for the past ten months. . He is smart, brave and very knowledgeable about Facebook. He is also the key source for WSJ’s Facebook Archives project. Frances will speak for herself from now on. ”

Haugen, 37, wrote on her website that in 2019, “she was recruited on Facebook to be the lead Product Manager on the civic disinformation team that dealt with issues related to democracy, disinformation and then also worked on counterintelligence. Haugen added: “During her time at Facebook, Frances became increasingly alarmed by the decisions the company makes in prioritizing its own profits over public safety, putting people’s lives at risk. As a last resort and with great At personal risk, Frances did the brave act of blowing the whistle on Facebook. ”

Haugen wrote on her website: “Frances fundamentally believes that the problems we face today with social media are solvable. We can have social media that brings out the best in humanity. “She told 60 Minutes,” What I saw on Facebook over and over again was that there were conflicts of interest between what was good for the public and what was good for the public. Facebook. And Facebook, time and time again, chose to optimize for its own interests, like making more money. ”

The Wall Street Journal says that the Facebook Archives project, “Facebook Inc. knows, in great detail, that its platforms are plagued with flaws that cause harm, often in ways that only the company fully understands. That’s the central finding in a Wall Street Journal series, based on a review of internal Facebook documents, including research reports, online employee discussions, and draft presentations for senior management. ”

The newspaper, which began publishing articles based on the leaked investigative files in September, added: “Time and again, as the documents show, Facebook researchers have identified the harmful effects of the platform. Time and time again, despite congressional hearings, its own promises, and numerous media exposures, the company failed to fix it. The documents offer perhaps the clearest picture yet of how widely Facebook’s issues are known within the company, right down to the CEO himself. ”

Facebook has not released a comment on Haugen’s interview with “60 Minutes,” but his vice president for policy and global affairs, Nick Clegg, sent a memo to staff calling his statements and allegations misleading and saying, “Social media has had an impact on society in recent years, and Facebook is often a place where much of this debate takes place. But the evidence out there simply does not support the idea that Facebook, or social media in general, are the main cause of polarization, “according to The New York Times.

According to CBS News, Haugen “secretly copied tens of thousands of pages of internal Facebook investigation. She says the evidence shows that the company is lying to the public about making significant progress against hate, violence, and misinformation. ”
Haugen added: “When we live in an information environment that is filled with angry, hateful and polarizing content, it erodes our civic trust, erodes our faith in others, erodes our ability to want to care for each other, the version of El Facebook that it exists today is destroying our societies and causing ethnic violence around the world. ”

She told 60 Minutes: “Facebook has shown that it cannot act independently. Facebook, time and again, has shown that it chooses profit over security. You are subsidizing, you are paying your earnings with our security. I hope this has had a big enough impact on the world that they get the strength and motivation to implement those regulations. That is my hope. ”

Testifying Before a Senate Committee

Haugen will testify before Congress on Tuesday, October 5, 2021. He will speak before the Senate Commerce subcommittee on consumer protection, which has been investigating Facebook and questioned its executives during a September 30 hearing. During the hearing, Facebook’s Global Security Chief Antigone Davis told senators that the social media company would not retaliate against the anonymous whistleblower at the time for the disclosures to Congress.

According to their 60 Minutes interview, Haugen and his attorneys have filed at least eight complaints with the SEC about Facebook since September. The complaints compare internal investigation documents and statements made publicly by the company, including those of founder and CEO Mark Zuckerberg.

Haugen’s attorney, John Tye, of the Washington legal group “Whistleblower Aid,” told 60 Minutes: “As a publicly-traded company, Facebook is obligated not to lie to its investors or even withhold material information. Therefore, The SEC regularly files compliance actions, alleging that companies like Facebook and others are making major mistakes and omissions that negatively affect investors.

Tye added: “The Dodd-Frank Act, passed more than ten years ago at this time, created a Whistleblower Office within the SEC. And one of the provisions of that law says that no company can prohibit its employees from communicating with the SEC and sharing internal corporate documents with the SEC. ”

Another Haugen attorney, Andrew Bakaj, also from “Whistleblower Aid,” told The Washington Post: “She is a perfect example of why whistleblowers are so important – without her, we didn’t know what we didn’t know. It’s important because Big Tech is at a tipping point. It touches every aspect of our lives, be it individuals on a personal level or democratic institutions globally. With far-reaching consequences, transparency is critical to oversight, and legal reporting is a critical component of corporate oversight and accountability. ”