Who Was Gloria Richardson? Wiki, Biography, Age, Family, Cause Of Death  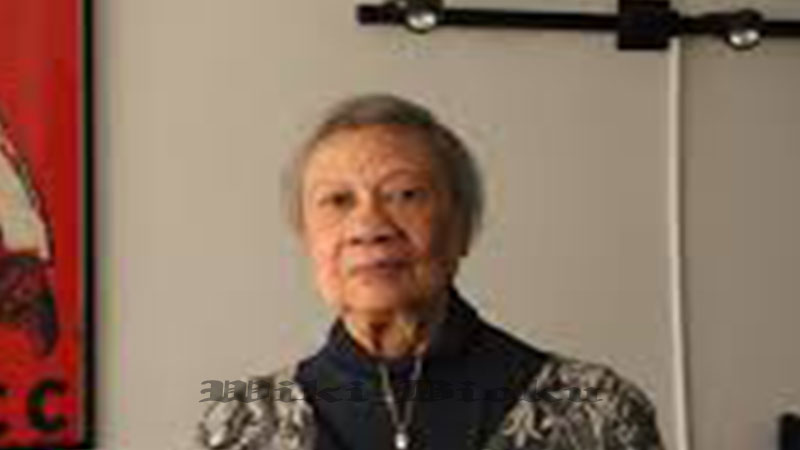 Gloria Richardson, a black civil rights pioneer who led the Cambridge Movement, died.
A Howard University graduate, Richardson is known for her relentless determination in the fight for racial equality, as she was once captured in a photograph pushing the rifle of a member of the National Guard during the civil rights movement in Cambridge, Maryland in the 1960s.

In 1962, after joining the Cambridge Nonviolent Action Committee, she organized sit-ins in an effort to desegregate schools and public facilities, as well as push for fair jobs, public housing, and equitable education.

In 1963, the peaceful sit-ins turned violent and resulted in Cambridge Governor J. Millard Tawes declaring martial law. At the time, Cambridge Mayor Calvin Mowbray asked Richardson to end the demonstrations in exchange for a promise not to arrest black protesters, but she refused to budge.

“She didn’t believe in nonviolence if people were shooting into their houses,” Richardson said in a 2018 profile with Topic. “It was just about people whose lives were at stake and in danger and it was a life and death situation almost every day.”

The National Guard was called to Cambridge on June 11, 1963. While the city was experiencing unrest, Richardson met with the Attorney General of the United States, Robert F. Kennedy, to negotiate what is now known as the “Treaty of Cambridge “.

Her tireless work eventually led to the reversal of some segregation policies from the Jim Crow era. The Civil Rights Act, which prohibits discrimination on the basis of race, color, religion, sex, or national origin, was enacted by Lyndon B. Johnson in 1964.
On Richardson’s significant efforts in the civil rights movement, her granddaughter told the Associated Press: “She did it because she had to and she was born a leader.”

“I say that the Cambridge Movement was the ground in which Richardson planted a seed of black power and nurtured its growth,” Joseph R. Fitzgerald, who wrote the 2018 biography The Struggle Is Eternal: Gloria Richardson and Black Liberation, told the outlet.

He added: “Everything the Black Lives Matter movement is working on right now is a continuation of what the Cambridge Movement was doing.”
Even in her final years, Richardson continued to push for racial equality.

After George Floyd’s death in 2020, she called on young protesters to be fierce.

“Racism is ingrained in this country. This goes on and on,” she told The Washington Post last year. “We marched until the governor issued martial law. That’s when you get his attention. Otherwise, you will keep protesting the same things 100 years from now.”

Gloria Richardson has died at the age of 99-years-old.

Richardson is survived by his daughters, Donna Orange and Tamara, and his granddaughters Young and Michelle Price, according to the AP.

Gloria Richardson died in her sleep at her New York City home on Thursday, according to her granddaughter Tya Young. Gloria Richardson, a black civil rights pioneer who led the Cambridge Movement, has died at the age of 99.

The activist died in her sleep at her New York City home on Thursday, her granddaughter Tya Young told the Associated Press.

The cause of death was not given, although Young pointed out to the outlet that Richardson had not been ill.