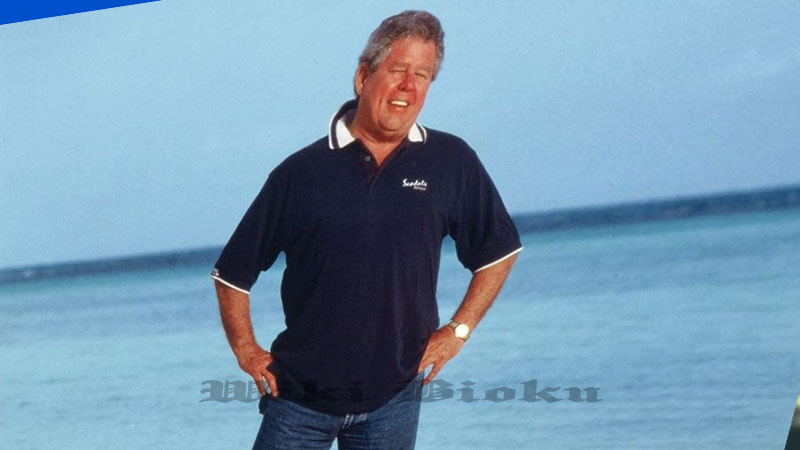 Gordon Butch Stewart was a Jamaican hotelier and businessman, has died. He was the founder, owner and chairman of Sandals Resorts, Beaches Resorts, and their parent company Sandals Resorts International, as well as The ATL Group and its subsidiaries Appliance Traders and The Jamaica Observer.

Gordon “Butch” Stewart, the founder of the famed Sandals resort chain in the Caribbean, has died, according to a press release from Sandals Resorts International.

Gordon Arthur Cyril Stewart was born on 6 July 1941 in Kingston, Jamaica. He grew up along the country’s north coast where he came to be known as “Butch”, a nickname given to him by an American sailor. As a child, Stewart helped out at his mother’s appliance dealership, and at 12, he bought a small canoe he used to catch fish and sell them to the local hotels. He then bought a larger boat which he operated until age 17.

Stewart’s company called him an “unstoppable force, who delighted in defying the odds by exceeding expectations, Stewart single-handedly built the world’s most awarded vacation brand from one resort in Jamaica to over two dozen distinct resorts and villas throughout the Caribbean.” That one resort was Bay Roc: “a rundown hotel on a magnificent beach in Montego Bay, Jamaica.” In 1981, he turned it into Sandals resort, Montego Bay.

According to his company press release, Stewart was born in Kingston, Jamaica, on July 6, 1941 “and grew up along the island country’s North Coast, a tropical paradise that now boasts several of his Luxury Included® Sandals and Beaches Resorts and where his love of the sea, dominoes and free enterprise were sown.”

At age 12, he started selling fish he caught to local hotels, developing a taste for entrepreneurship. He was educated abroad. He then embarked on a career as a “master salesman at the renowned Dutch-owned Curaçao Trading Company, quickly rising to the position of sales manager but itching to start his own company.”

In 1968, with no collateral “but recognizing the comfort that would make air conditioning an essential service, Stewart convinced American manufacturer Fedders Corporation to allow him to represent their brand in Jamaica. With that, Stewart’s foundational business – Appliance Traders Limited (ATL), was born and he was on his way.”

Gordon Butch Stewart has died at the age of 79-years-old.

According to Breaking Travel news, Stewart’s son, Adam, confirmed his death in a statement, which read:

It is with great sadness that I share with you today the passing of my father, Gordon ‘Butch’ Stewart. This news seems almost unbelievable, since he was as involved and forward-thinking as ever. He chose to keep a very recent health diagnosis private and we respected that wish.

In the company release, Adam said: “Our father was a singular personality; an unstoppable force who delighted in defying the odds by exceeding expectations and whose passion for his family was matched only by the people and possibility of the Caribbean, for whom he was a fierce champion. Nothing, except maybe a great fishing day, could come before family to my dad. And while the world understood him to be a phenomenal businessman – which he was, his first and most important devotion was always to us. We will miss him terribly forever.”

“I had heard of the concept, yet at the time, the services and rooms were very basic. Contrary to that, I envisioned we could bring forward a luxury resort to offer customers so much more,” his company’s press release quotes Gordon Stewart as saying. “So, we perfected it. Only the most comfortable king size four poster beds, fine manicured gardens, cozy hammocks and the kind of warm, refined service the Caribbean has become known for. Just as important was to be located on the absolute best beach, because that’s what everyone dreams of.”

Stewart did suffer some tragedy in his life. “His greatest test came in 1989 when his beloved 24-year-old son Jonathan was killed in a car accident in Miami,” says the release. Stewart recalled the incident in a 2008 interview, saying, “For two months after he died, I was absolutely useless, and after that I was sort of running on remote control. Things were a blur. It’s every parent’s nightmare. After a year or so, I started to see things in vivid detail. You have to get busy, be close with your family. It did a lot in terms of me getting closer. There’s a lot more satisfaction.”

Stewart had eight children; one of his sons, Jonathan, was killed in a car crash in 1990. His son Brian Jardim sat on the board of The Jamaica Observer and was the owner of Rainforest Seafoods. His daughter Jamie Stewart-McConnell co-founded the juice company Orijin of Jamaica. His eldest son Robert “Bobby” Stewart held various leadership positions at Sandals including running the company’s online division and UK operations. Adam Stewart was deputy chairman of Sandals, CEO of The ATL Group and founded the Sandals Foundation while serving as CEO of Sandals Resorts from 2006 to 2012.

Stewart lived in Kingston and Montego Bay, Jamaica, with his wife Cheryl, the mother of his younger three children: a set of twins, Kelly and Gordon, and a daughter, Sabrina.

Stewart died in Miami on 4 January 2021 at the age of 79. He had been suffering from an undisclosed illness.

Gordon “Butch” Stewart, the founder of the famed Sandals resort chain in the Caribbean, has died, according to a press release from Sandals Resorts International.

More details come from Breaking Travel News, which says the hotelier died at age 79 in the United States after a “short illness.”

The nature of the illness and the cause of death were not revealed. News of Stewart’s death broke on January 5, 2021. Gordon “Butch” Stewart is survived by his wife, Cheryl, children Brian, Bobby, Adam, Jaime, Sabrina, Gordon, and Kelly.

His net worth was given at $1 billion, according to Pan American World.