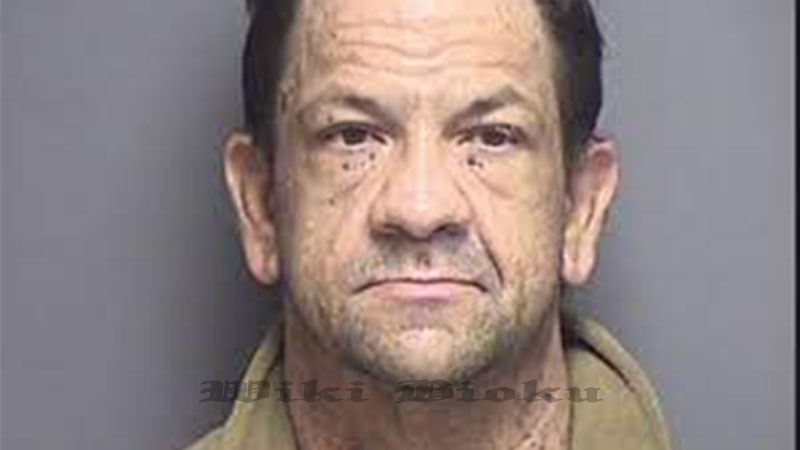 James Dale Reed, A Baltimore man has been charged by the US Secret Service after he allegedly threatened to kidnap Democratic presidential candidate Joe Biden and Senator Kamala Harris.

Reed allegedly left a handwritten note at a home with a Biden-Harris lawn sign containing graphic threats against the Democratic candidates and their supporters.

A Maryland man is facing a federal charge after allegedly threatening former Vice President Joe Biden and Sen. Kamala Harris and supporters with a letter in Frederick in early October.

According to his Facebook page, Mr Reed is a semi-pro bodybuilder. He called police “a bunch of thugs and gang members” in a Facebook post for searching his home.

Reed, 42, was arrested on October 15 for threatening the lives of Biden and Harris.

He left a note and was caught on a Ring door camera delivering it to a home that supported the Democratic party, according to the New York Times.

Someone who knew the man saw the footage and confirmed it was him.

The letter had “WARNING!!!” in large red letters at the top, before going on to alert the reader that they will be “targeted” if they support the duo.

“We have a list of homes and addresses by your election signs. We are the ones with those scary guns, We are the ones your children have nightmares about,” the threat continues.

The graphic letter goes into detail the sodomizing of Harris and the beating of “Grandpa Biden” before executing them on national television.

James Dale Reed, reportedly wrote a letter in which he threatens to beat “Grandpa Biden”, to rape Ms Harris, and to target supporters of the Democrats with violence, according to The Baltimore Sun.

We have a list of homes and addresses by your election signs. We are the ones with those scary guns, We are the ones your children have nightmares about. The Boogeymen coming in the night,” Mr Reed allegedly wrote.

He was caught on a home security camera delivering the letter to a home in the middle of the night. He was arrested last week by Frederick Police and is being held without bail.

After US Secret Service agents asked Mr Reed for his fingerprints and a handwriting sample, he reportedly confessed to writing the letter. In the charging documents, Mr Reed said he wrote the letters because he was upset by the political situation in the country.

The federal criminal complaint alleges that “the defendant, James Dale Reed, knowingly and willfully threatened to kill and to kidnap and to inflict bodily harm upon Joseph Biden and Kamala Harris, who are major candidates for the office of the President and Vice President of the United States.”

Incidents of politically-motivated threats have increased as the 2020 US election draws near.

A number of militia members are accused of plotting to kidnap Gretchen Whitmer, the Democratic governor of Michigan who is often singled out for abuse by Donald Trump, and put her on “trial”. The suspects were reportedly upset at the measures she had brought in to try and halt the spread of the coronavirus.

In Baltimore County, a man was charged with assault for allegedly shooting a shotgun last week towards supporters of Donald Trump.

The man, Douglas Kuhn, 50, was placing a “Black Lives Matter” sign in his yard when a truck with a Trump campaign sign drove by and honked at him. Mr Kuhn allegedly grabbed a shotgun and shot it once. There were no injuries.

In Medina County, Ohio, individuals with signs supporting Mr Biden and Ms Harris had their signs stolen and their mail boxes blown up. They also received letters from neighbours that called them “anti America” and “anti God” among other allegations.

Mr Reed told investigators that he did not know the homeowner, and that he selected the home because it was the first he saw with a sign supporting Mr Biden and Ms Harris.

US Secret Service agents were already aware of Mr Reed, as he had previously threatened an individual in their protection in 2014.

US Attorney for the District of Maryland Robert K. Hur said: “We take these types of threats extremely seriously. Such threats to commit violence are illegal and have no place in our democracy, and we will hold accountable those who make them.

“We are grateful for the assistance of the City of Frederick Police Department and to citizens who provided tips that ultimately led to Mr. Reed’s arrest and these federal charges.”

While being interviewed at his home on October 13, Reed denied that he left the letter.

However, two days later, he admitted to writing it and was arrested.