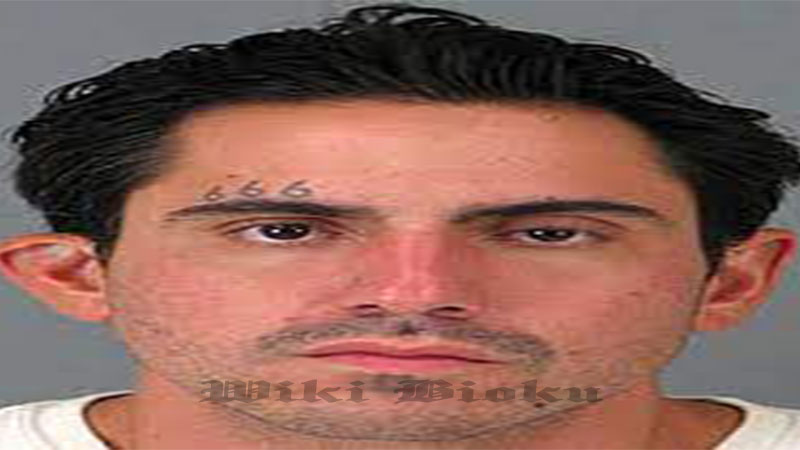 Jason Budrow is the California convicted killer, already serving a life sentence in prison, who is now accused of killing his cellmate, Roger Reece Kibbe.

Kibbe was a convicted serial killer serving multiple life sentences for first-degree murder. He was nicknamed the “I-5 Strangler” because the murders occurred in Sacramento and Stockton along the interstate, the Associated Press reported.

Budrow was living in a trailer off Highway 74 in Riverside County. He invited Dalton to his home on October 22, 2010, with the intention of killing her, WTVD-TV reported. He admitted to the newspaper that he strangled Dalton around 2 or 3 a.m. after she realized she was in danger and tried to run to her car.

Budrow referred to himself as a Satanist, CBS Los Angeles reported. The most obvious evidence of this was the “666” tattoo located above his right eyebrow.

The Press-Enterprise reported that during the October 2010 jailhouse interview, Budrow explained that he participated in blood rituals as part of his Satan worship. He showed the reporter “a scar on his chest that he said was from ritual bloodletting.”

According to court records cited by the newspaper, Budrow enlisted in the Army when he was younger. But he was discharged after failing a drug test.

Kibbe was believed to have raped and killed at least seven women, as the Mercury News reported, and would cut the victims’ hair and clothes to keep as souvenirs. Kibbe began his state prison sentence in June 1991, according to the California Department of Corrections. Officials have not specified how long Kibbe and Budrow had been cellmates.

According to the California Department of Corrections, a guard at Mule Creek State Prison was doing a routine population count on February 28 around 12:40 a.m. when he noticed Kibbe lying on the floor of his cell. Kibbe was described as “unresponsive.”

Budrow was standing up in the cell. The news release did not specify whether he was standing over top of Kibbe’s body or touching Kibbe in any way. Officials did not share whether the guard had heard a struggle or an argument between the two men.

Kibbe was taken to the prison’s health care facility where medical staff attempted to resuscitate him. But the efforts were unsuccessful and Kibbe was pronounced dead at 1:23 a.m. He was 81.

Officials are investigating Kibbe’s death as a homicide but have not yet shared details about how he died. The chief coroner for Amador County, Sgt. Patrick Weart, initially declined to comment on the cause of death when asked by the Associated Press because the investigation is ongoing.

Budrow has been a state inmate since July 5, 2011, according to inmate records. He was placed in solitary confinement after Kibbe’s death. Budrow’s inmate profile notes that he is serving a life sentence without the possibility of parole.

Budrow did not attempt to hide Dalton’s murder. He put the woman’s body in the trunk of her car, described as a Chrysler Sebring convertible. Budrow told The Press-Enterprise he then went to sleep for a few hours; he was on parole at the time and was not permitted to leave his home overnight.

Later that morning, Budrow drove to the Lake Elsinore Police Station in Riverside County. As the Morning Call reported at the time, Budrow parked at the police station at 7:25 a.m. He told an officer he had a victim’s body in the vehicle.

During the jailhouse interview with The Press-Enterprise, Budrow said he turned himself in because he was convinced he was being watched and would be apprehended anyway. Budrow also told the reporter he would have wanted to kill other people that night had he had access to a gun.

Budrow pleaded guilty in June 2011 and was sentenced to life in prison. As Patch reported, prosecutors would have pushed for the death penalty if there had been a jury trial.

Murdered His Girlfriend in 2010

Budrow murdered his girlfriend in 2010 because he believed she was acting as a police informant, according to Patch. The outlet, citing police sources, reported that Budrow and the victim, identified as 48-year-old Margret Dalton, knew each other for about six months and had a sexual relationship.

Budrow sat down for a jailhouse interview with a reporter for The Press-Enterprise in October 2010. He explained that Dalton knew about his criminal activity, which included drug dealing and serving as a pimp. Budrow said he concluded Dalton “had to die” because he was convinced she was going to tell the police about his activities.

Convicted of Sexually Assaulting a Teenage Girl in 2004

Budrow is a registered sex offender in California. According to his profile on the registry, Budrow was convicted in 2004 for “sexual penetration with a foreign object by force or fear.”

The victim was a 14-year-old girl, the Los Angeles Times reported.

According to court documents obtained by The Press-Enterprise, Budrow assaulted the teenage girl while he was visiting his grandparents near Lake Elsinore in 2003. She was a neighbor and police said Budrow “slipped” into her bedroom. The victim told police she told Budrow to stop but was too afraid to scream or resist. Budrow told police he had been drinking beer and smoking marijuana believed the sex acts had been consensual and that the girl was 17.

Budrow received a prison sentence and according to the sex offender registry, he was released in 2006. As the Patch reported, Budrow had to wear an ankle monitor once he was released. He was still wearing it when he killed Dalton in 2010.