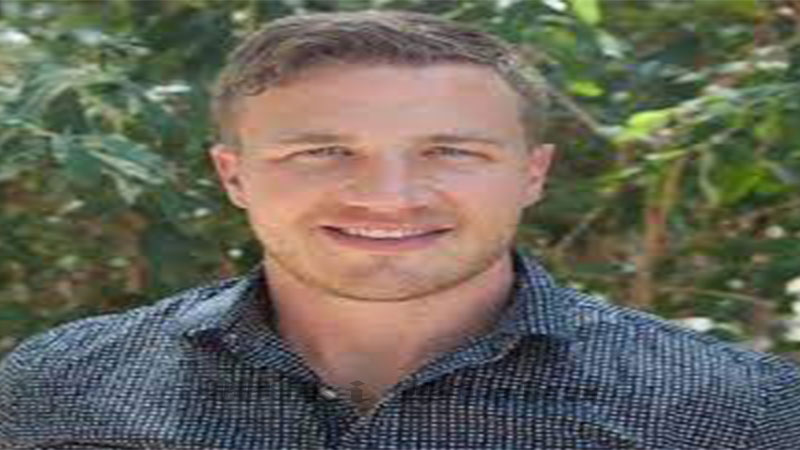 Jason Fletcher is a San Leandro Police Officer who has been charged with manslaughter in the shooting death of Steven Taylor at a Walmart in the California city on April 18, 2020. Taylor, a Black man, was reported to be a shoplifter and was holding a baseball bat before he was shot, according to the Alameda County District Attorney’s Office. Prosecutors said Fletcher used his Taser to stun Taylor and then fatally shot the 33-year-old while he was still feeling its effects.

Little else is known about Fletcher, who lives in Vacaville. The police department has not released any information about previous discipline or incidents involving Fletcher. His name was not made public by police and he was only identified after he was charged by the district attorney’s office.

After a four-month investigation, Alameda County District Attorney Nancy O’Malley announced charges against the 49-year-old Fletcher at a press conference on September 2. Fletcher was charged with voluntary manslaughter. Fletcher is a 14-year veteran of the San Leandro Police Department, according to the district attorney’s office.

Fletcher has been sued at least twice for excessive force and civil rights violations in California federal court twice during his career as a San Leandro Police officer, according to online court records. In both cases, Fletcher was accused of using excessive force during arrests.

The first lawsuit was filed in 2007 by Lydia Pacheco-Cesena against Fletcher and another San Leandro officer, Anthony Morgan, according to court records. The department and city were also named as defendants.

According to the lawsuit, Pacheco-Cesena was arrested in February 2007 on a public drunkenness charge. She said in the lawsuit there was no probable cause for her arrest. She accused Fletcher and Morgan of assaulting, striking, and beating her in the face, arms, head, and body, causing injuries. She said she was assaulted by the officers after they put her in the rear of their police car. The case was settled in 2008, but terms of the settlement weren’t made public.

The second lawsuit was filed by Barbara Silva, Bruce Hemphill, and Matthew Hoy in 2009 against Fletcher and several other San Leandro police officers. According to the lawsuit complaint, San Leandro officers responded to Hemphill’s home, where Silva and Hoy were renting a room, in May 2009 after receiving a report someone had overdosed on drugs there. The report ended up being fraudulent, according to the lawsuit. During the incident, Silva, Hemphill, and Hoy were detained and Officer Daniel Sellers shot and killed Silva’s dog, “Boo Boo,” after the dog entered a room the officer was in, according to the lawsuit. Silva, Hoy, and Hemphill were not charged.

Hemphill accused Fletcher and another officer, Liaquat Khan, of body-slamming him onto the hood of a police car even though he was not resisting arrest, according to court documents. The case went to trial and a jury found in favor of Fletcher and the other defendants, court documents show.

Fletcher was the first San Leandro officer to respond to the call to the Walmart on April 18 about 5 p.m., according to the probable cause statement filed in the case by Alameda County District Attorney’s office investigator Robert Chenault. According to the report, Fletcher and other officers were dispatched for a shoplifter holding a baseball bat. Taylor was accused of entering the store, taking an aluminum baseball bat and a tent, and leaving without paying for the items, according to court documents. A store security officer stopped Taylor as he tried to leave and asked him to return the items, police said. According to the district attorney’s office:

The store security guard Danny Saephanh called 911 reporting the theft and possible robbery. Two SLPD units were dispatched to Walmart to investigate the theft. Officer Jason Fletcher was already in the vicinity of Walmart when he received the dispatch. As Officer Fletcher approached the front entrance on foot, he observed backup SLPD Officer Overton arrive at the Walmart parking lot.

Meanwhile, two different store customers approached Mr. Taylor and tried to help him. A female customer offered him several dollars, to which Mr. Taylor said no thank you. Store security told Mr. Taylor they had called the police and they were on the way. Mr. Taylor said he would wait for the police to arrive. Mr. Taylor waited near the shopping cart area and an older lady stood nearby.

Fletcher arrived at the store and spoke to Saephanah for 10 seconds, during which time the security guard told Fletcher it was not an armed robbery or an incident of someone brandishing a weapon, according to the criminal complaint. According to the complaint:

The district attorney’s office said Taylor dropped the bat and turned away from Fletcher and fell to the ground. He was later pronounced dead in the store. “From the time Officer Fletcher entered the store to the time he shot and killed Mr. Taylor less than 40 seconds elapsed,” prosecutors said.

The San Leandro Police released body camera and cell phone footage of the shooting in an April 22 briefing that can be watched below (warning – graphic content):

While prosecutors say Taylor was feeling the effects of the Taser when he was shot, San Leandro Police said in its press release on the incident that the stun gun “was not effective,” and Taylor “continued walking toward the officers,” before he was shot.

According to Taylor’s family, the victim suffered from mental health issues. His grandmother, Addie Kitchen, told KCBS Radio on August 7 at a protest calling for justice for her grandson, “He’s not the first homeless person they’ve run into and I know he’s not going to be the last, but I would hope and pray he’d be the last homeless person that was murdered by the San Leandro Police Department.” Kitchen said police should have done more to deescalate the situation.

Taylor’s family has been calling for charges against Fletcher since the shooting, saying he and other officers in the department are not trained to help someone in a mental health crisis, CBS Bay Area reported. “The way our police should be reformed is to help people with mental illnesses; that when you call an officer on a Black person, it’s not going to end well,” his mother, Sharon Taylor, told the news station in June. Taylor’s family has not yet commented on the charges against Fletcher.

Fletcher could not be reached for comment by Heavy and it is not clear if he has hired an attorney who could speak on his behalf. Fletcher is scheduled to be arraigned on September 15, according to the Alameda County District Attorney’s Office. It is not clear if he will be taken into custody before that court appearance.

San Leandro Police Chief Jeff Tudor said in a statement after charges were brought against his office, “As the Police Chief of San Leandro, I know the loss of Steven Taylor has deeply affected this community. Today, the District Attorney has charged Officer Jason Fletcher with voluntary manslaughter. We must allow the judicial process to take its course. I will refer all questions to the District Attorney’s Office.”

Nancy O’Malley said in a Statement

Alameda County District Attorney Nancy O’Malley said in a statement, “The decision to file the criminal complaint was made after an intensive investigation and thorough analysis of the evidence and the current law. The work of Police Officers is critical to the health, safety, and well-being of our communities. Their job is one of the most demanding in our society, especially in these current challenging times. They are sworn to uphold and enforce the laws.

O’Malley added, “When there is the use of force by a police officer that results in death, the District Attorney’s Office conducts an independent and thorough investigation of the facts. We are mandated to apply those facts to California law. The decision must be made based solely on the facts and the current law. Justice demands this process to be done in an unbiased and legally sound manner.”

The shooting was investigated by O’Malley’s office, according to a press release:

The District Attorney’s Critical Incident Review Team conducted an extensive investigation of this shooting. As is a protocol, once the investigation was complete, there was a deep and thorough analysis of the facts and the current law, which was effective January 1, 2020. According to Penal Code Section 835a(a), the California Legislature declared that the authority to use physical force conferred on peace officers is a serious responsibility that shall be exercised judiciously and with respect for human rights and dignity and the sanctity of every human life. It further set forth that in changing the law, the intent is that peace officers use deadly force only when necessary in defense of human life. The legislature declared officers shall use other available resources and techniques if reasonably safe and feasible to an objectively reasonable officer.