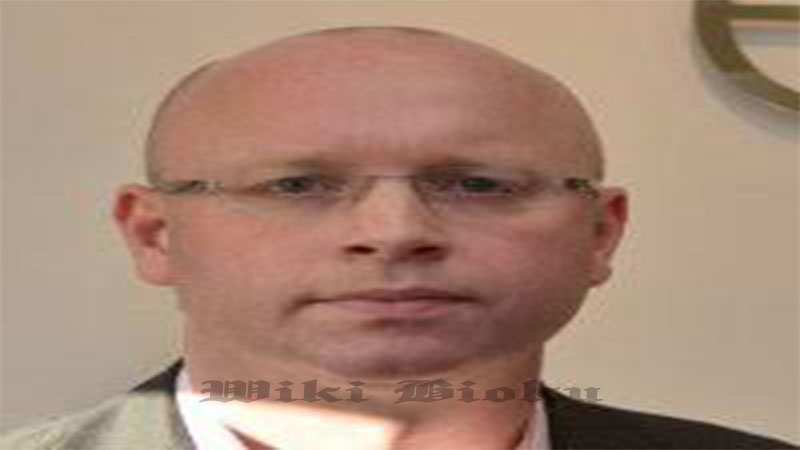 Michael Sellars is the suspect of the horse loving-model, he killed Gracie Spinks. The stalker suspected of killing model Gracie Spinks was a former work colleague who became obsessed with her after just one date and could not cope when she rejected him, it has been claimed.

Michael Sellars is believed to have murdered the 23-year-old horse enthusiast in a paddock in the picturesque village of Duckmanton, Derbyshire on Friday morning after she refused to go out with him.

Derbyshire Police said a man’s body was later discovered half a mile away and they are not looking for any other suspects – indicating a possible murder-suicide. The force referred itself to the Independent Office for Police Conduct over the case but has declined to explain why.

Miss Spinks, who studied art and design at Chesterfield College and lived in Old Whittington, worked as a packer at e-commerce firm Xbite and occasionally modeled for a London agency. She used to work with her suspected killer, who Xbite colleagues described as a ‘loner’ and a ‘weirdo’ who was sacked just six months ago amid concerns about his conduct to other staff.

One source claimed Miss Spinks had obtained a restraining order against him because he was ‘so obsessed with her that he ‘wouldn’t leave Grace alone and even turned up at the stables where she went riding. Another said he had lived with his parents and was not known to have ever had a girlfriend. An employee said that her stalker ‘just flipped and killed her’, adding: ‘The man used to work here. I knew him – many of us did. We knew Gracie and it is very upsetting. It’s going around that she had a stalker who was totally obsessed with her. It’s the man who worked here who just flipped and killed her. ‘He was a weirdo and wouldn’t leave Gracie alone.’

Meanwhile, it emerged that a ‘murder bag’ containing knives and an ax allegedly used in the attack was found stashed in a lane around 100 yards from where Miss Spinks was killed. Anna White, who found the bag, wrote online that she had handed it to police only to be told it would not be forensically examined. Derbyshire Police refused to comment.

Mrs. White posted a picture of the contents of the rucksack she found in early May – including an ax, hammer, two large knives, a flick knife, Viagra, and a sinister note which read: ‘Don’t lie!’ She wrote: ‘I found a backpack six weeks ago… the contents of which were extremely disturbing. I contacted the police and handed the bag to them. They basically said they wouldn’t be investigating further despite the obvious fact that DNA would have been recoverable.’

She added: ‘If this is in any way linked to this incident then the police have some major questions to answer.’ An IOPC spokesman told MailOnline they were expecting an email referral from Derbyshire Police, adding: ‘When we receive it, we will carry out an assessment to determine what further action is needed by us.’

It is not clear if the referral to the IOPC is because of prior contact with Miss Spinks and an alleged stalker or because the weapons that were handed in which Derbyshire Police have not confirmed are linked to Miss Spinks’ death. Speaking to MailOnline, the force confirmed it had referred itself to the watchdog while an IOPC spokesman added: ‘We have been notified that a referral is being made by the force. When we receive it, we will carry out an assessment to determine what further action is needed by us.’

Six weeks ago a walker found a backpack filled with a cache of weapons on a farmer’s track just 100 yards away from where Miss Spinks was killed. Anna White said she brought the bag to her local police station but was told nothing could be done. On Friday, roads in and out of the area were cordoned off after Miss Spinks’ assailant reportedly fled towards a country park. A primary school went into lockdown and local businesses were issued with a description of a suspect in grey jogging bottoms and a blacktop.

But by lunchtime police said the situation had been ‘resolved’ after the body of a man in his 30s was discovered around half a mile away. After realizing the bag she found was close to the scene of Miss Spinks’ death, Miss White wrote on social media: ‘I found a backpack six weeks ago on the farmers track directly opposite Tom Lane. The contents of which were extremely disturbing.

‘I contacted the police and handed the bag to them. They basically said they wouldn’t be investigating further despite the obvious fact that DNA would have been recoverable (water bottle and clothing). ‘If this is in any way linked to this incident then the police have some major questions to answer. The whole purpose of me handing it in was in the hope that a future tragedy could be prevented. They may not be linked but it does seem very odd !!’

Friends of the 23-year-old, who lived in Old Whittington, around five miles from where her body was found, have revealed how she had long been bothered by a man, said to have been ‘obsessed with her. One told the Sun: ‘We are aware that she had a stalker but didn’t know who he was. We heard she had taken out a restraining order against him because he was becoming quite a pest.

‘She’s a beautiful young woman, very popular, and he was obsessed with her and kept turning up at the stables. He was infatuated with her.’ Yesterday, police, who have declined to discuss the possibility Gracie had a stalker known to them, continued to investigate at the scene. And today the Sun named Sellars as the stalker who is believed to have killed Miss Spinks. Meanwhile, floral tributes have also been left in memory of the aspiring eventer and showjumper, whose family are said to be ‘beside themselves with grief.

A villager, 28, who lives close to the spot where Miss Spinks was found, said: ‘The word locally is that this was a very vicious attack and possibly a crime of passion. ‘Gracie kept at least one horse on the land – it is grazing land where a number of people have horses and there is a temporary stable. ‘As I understand it, Gracie was looking after her horse when she was attacked. It is just awful.’ Friends said she lived for horses and riding and took part in showjumping and dressage competitions with her favorite, named Paddy.

After Derbyshire Police set up roadblocks around the community close to the M1 outside Chesterfield yesterday, a local resident wrote on Facebook: ‘I’ve been informed that, sadly, less than an hour ago a young woman was murdered on a farm less than half a mile from Poolsbrook Park. ‘The perpetrator… is believed to have fled towards the area of Poolsbrook Park. Anyone around that area please be careful.’ Friends of Miss Spinks, who worked for a local e-commerce company, posted tributes on Facebook on Friday night. Charlotte Pemberton, 23, who grew up with her, wrote: ‘RIP Gracie. Such a beautiful, kind young girl who’s been taken far too soon. Fly high sweet girl.’

Alicia Jordan wrote: ‘Oh Gracie Spinks… Heartbroken doesn’t even cut it… This world is so cruel.’ By Saturday afternoon, a GoFundMe page set up to help Miss Spinks’ family by Abbey Griffin, one of her friends, had raised more than £1,600. Miss Griffin said: ‘Gracie was a beautiful girl at just 23 years old she had already touched so many people’s lives and what gorgeous memories she leaves behind.

‘She was a caring and loving individual and was always happy to help. She was also so so stubborn and she’d always stand up for what was right. ‘If you knew Gracie you’d also know she was horsey mad and had the most gorgeous horse called Paddy whom she loved dearly. ‘Although no amount of money could ever bring Gracie back, I ask that you please donate whatever you can to help her family at this moment. ‘We all love you so dearly Gracie, behave up there.’

Miss Griffin also said she would be organizing a balloon release from the Markham Vale business park, where Miss Spinks worked, on Monday, June 28 to allow her friends to say their goodbyes. It is understood that Miss Spinks, who had studied art and design at Chesterfield College, did occasional modeling work for a London agency and took commissions online to do pet portraits.

Derbyshire Police said it was not looking for anyone else in connection with the deaths. The force said: ‘A woman was found injured in a field near to Staveley Road at around 8.40 am. Paramedics attended and the woman, who was in her early 20s, sadly died at the scene. ‘At 11 am, the body of a man in his mid-30s was found in a field off Tom Lane, Duckmanton. ‘We have traced and informed both families and specialist officers are supporting them at this time.’