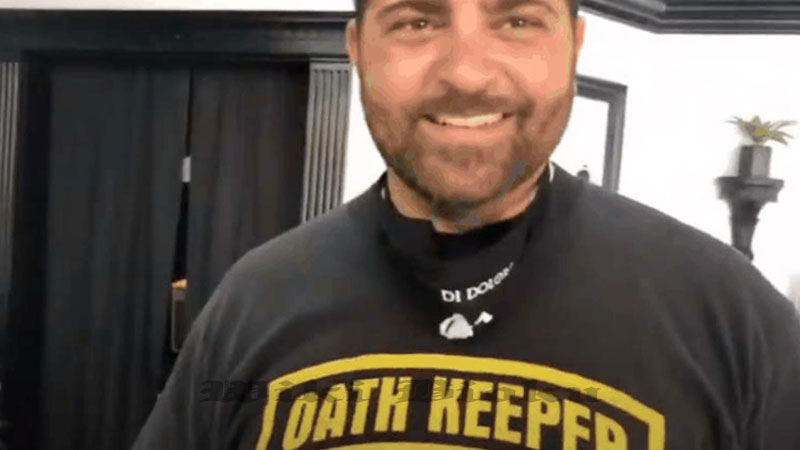 Roberto Minuta is a man associated with Donald Trump ally Roger Stone has been arrested. Authorities reported that Robert Minuta was seen with Stone on the day of the riots in DC. Along with him, another person was also arrested over the weekend for his involvement in the riots.

Minuta was a former bodyguard of Stone, and is currently a Newburgh tattoo parlor owner. On the morning of January 6, the Oath Keepers member was spotted guarding Stone outside a hotel in DC. The FBI in their statement said that the 36-year-old was “equipped with military-style attire and gear, including apparel emblazoned with a crest related to the Oath Keepers.”

A man associated with Donald Trump ally Roger Stone has been arrested in connection with the Washington DC Capitol riots that took place on January 6.

Prosecutors on the other hand said that he was “spoiling for a fight” and added that he was armed with pepper spray or bear spray. The court records state that “Minuta and others affiliated with the Oath Keepers breached the U.S. Capitol grounds, where Minuta aggressively berated and taunted U.S. Capitol police officers responsible for protecting the Capitol and the representatives inside of the Capitol.”

Minuta has 10 registered firearms under his name and before leaving the Capitol, he said, “all that’s left is the Second Amendment.” The FBI also revealed that Minuta went to the extent of deleting a Facebook account that he had maintained for close to 13 years to hide his involvement in the incident. Stone, on the other hand, has denied any involvement. Stone’s sentencing for several felony charges was commuted by Trump.

The other arrested person was identified as 32-year-old Isaac Steve Sturgeon from Dillon, Montana. According to court records, Sturgeon is charged with shoving a metal police barricade into police officers at the riots. He was identified with the help of the bodycams worn by the police, and also through pictures of him that were posted on social media.

At least five people including a police officer were killed at the riots and two officers reportedly died by suicide after. Sturgeon traveled to Kenya on January 24 and was deported from that country to New York after which he was arrested on Saturday at John F. Kennedy International Airport.

According to a report in Washington Post, nearly 60 percent of those who have been charged for their alleged involvement in the riot have had a history of financial hardships. Many lost their jobs as a result of taking part in the riots and including the CEO of a data analytics company. Cynthia Miller-Idriss, a political science professor who helps run the Polarization and Extremism Research Innovation Lab at American University, DC was quoted in the report as saying, “I think what you’re finding is more than just economic insecurity but a deep-seated feeling of precarity about their personal situation.”